Today, we're shining the light on a title I read last month but in all the hubbub of Thanksgiving and what not, I've not had a moment to truly reflect on it and share my thoughts...until now.  It's a title that came to my attention from the author himself, and from the start, there was something about it that caught my attention.  I responded to the pitch, got something scheduled, and the rest is history, or rather TODAY.  ^-^  It's a work of Fiction

About the book...
A sweeping, coming of age romance set in the Pacific Northwest on the brink of WWII. Rejected by classmate and talented swing dancer Sally Springs, high school quarterback Raleigh Starr remains desperate to win her heart. While walking home on Thompson Road, he catches sight of Mona Garrison dancing at her bedroom window. He is mesmerized.

Determined to dazzle Sally, Raleigh convinces the shy sixteen year old to compete with him in a swing dance contest. After he is swept up in the war, Raleigh realizes too late what Mona has always known: that they are perfect for each other…but he is unaware of the terrible price she has paid for his attention. Thompson Road is a poignant, tender story that reminds us of the power of first love.


In my eyes, this is certainly a character driven story with the events surrounding them taking second fiddle.  That's not to say they weren't well crafted, historically accurate, or important, they were...it's just that the PEOPLE were more so.  It is with that affirmation of MY truth that I dive right into introducing our leads. 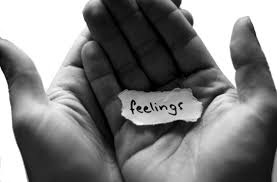 Raleigh led a decent life though the fact that he could never really own his feelings for Mona shaded him a bit for me.  I get it, to a slim degree...he was trying to be the cool guy and admitting their connection was anything other than friendship would have changed life for him.  He meant to do right, tried his hardest but sometimes the times got the better of him.  It wasn't just the times as in era either.  With the passage of time, he made choices along the way that would change his future more than he ever dreamed.  When he was saddled with Barbara, my heart broke for him.  He didn't really deserve that heartache and betrayal...no one really does...but he did gain something out of it as well.  Now on to his counterpart...


Mona was a very interesting character.  Seen as "feebleminded" most of her life, her opinion of herself was never very high (no thanks to her Aunt), but it didn't stop her from enjoying every minute with her whole heart.  Truth was, she fell in love with Raleigh from the very start and though the fire itself was put out that fateful night, the flames in her heart only smoldered waiting for the right moment to reignite.  I couldn't begin to imagine the way she was treated; I mean I guess I could from the story, but in reality, I would've had to hurt some people. *-*  What her "guardian" did to her was absolutely obscene.  To think, decisions like that could be made on her behalf just blows my mind.  People do get their comeuppance and those that deserved far better eventually into their own.

Raleigh and Mona...not a couple you ever imagine happening and while it never truly materializes on paper...it doesn't mean it isn't there.  That was half my initial issue with the ending.  Once the final words marched passed my eyes, I let out a resounding...WHAT?!  That's it!?!  You end it there!?! ...but after thinking about it for a bit, I realized that was really the whole point.  There are SO many possibilities in the story (and in life) and while some seem to know it from the start, it takes others time to get there.  Mona was the former, Raleigh the latter, but they both reached where they were meant to be in the end.


Overall, a story that stays with you long after the final page is turned (or clicked).  I myself was very impressed, much more so than I at first imagined I would be....don't you just love when that happens?  Recommended read for adult Fiction and Historical Fiction fans due to some content surrounding events that transpire.

I was born in Portland, Oregon in 1951 and grew up in Sandpoint, Idaho. I’ve earned degrees from Stanford University and the University of Washington, and have worked—full– or, as currently, part–time—as a lawyer since 1976.

My interest in creative writing predates the start of my first novel, Beyond the Sand Creek Bridge (2012), which was thirty years in the making. At present, I’m pleased to be riding a robust wave of creative energy. It has been a long time coming, but it’s here now, and I feel blessed to have the time and capacity to make the most of it.

I have four children and six grandchildren. My wife, Rochelle Wyatt, is a talented Seattle-area actress. Since 2009, we have lived in a beautiful cabin-like home overlooking Lake Sammamish, fifteen miles east of Seattle in the foothills of the Cascade Mountains.

Special thanks to author Scott Wyatt for the eBook for review.  (THANKS!)  For more information on this title, the author, or the publisher, feel free to click through the links provided above.  This title is available now via BookTrope, so be on the lookout for it on a bookstore shelf or virtual retailer of your choosing.