A Matter of Time by Margaret Locke

Today, we're taking the TIME to review a novel that was in my TBR Mountain for a bit not because of a lack of interest but a lack of TIME.  I simply knew that is was only A MATTER OF TIME before it rose to the top and allowed me to journey once again through the pages of an author's work I'd come to know only last year but still adore.  Don't you love it when that happens?  ^-^  Anywho, I could wax poetic about it til the cows come home or I could simply dive in and considering my penchant for rambling (even in type) when I really enjoyed a book, I think I'll follow the latter.  Ladies and gents, don your best high necked gowns and well-fitted breeches, it's time to step into the past with a heart full of the present as we tackle today's book of choice... 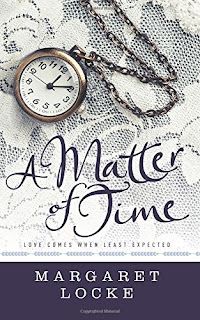 Nobody would blame widowed doctoral student Eliza James for giving up on Happily Ever After; at twenty-nine, she’s suffered more loss than most people do in a lifetime. But Eliza’s convinced her own hero is still out there, waiting for her, just like in the beloved romance novels she devours. Every girl deserves a Darcy, right?

Only Eliza doesn’t dream of a modern-day affair: she wants the whole Regency experience. When a magical manuscript thrusts her back two hundred years into the arms and life of one Deveric Mattersley, Duke of Claremont, however, Eliza soon realizes some fantasies aren’t all they’re cracked up to be, especially when her duke proves himself less than a Prince Charming.

Deveric Mattersley has no interest in women, much less marriage. Determined to atone for his sins after convincing himself he's at fault for the death of his first wife, he decrees himself content to focus on running his family’s estates, and on raising his son–until the mysterious Mrs. James appears. Who is she? What does she want? And why does she make Dev’s blood run hot in a way no woman ever has?

Can a man with a past and a woman from the future forge a love for all time?

This is a story I could go on and on and on about.  There are so many little things that really make it sparkle and shine yet nothing ginormous that steals the show away from the matters of the heart we're exploring.  We start with a heroine from our time whisked to the past to star in her own Regency Romance but without the certainty of how things will end.  We continue with a leading man (Deveric Mattersly) that unwittingly has been written in to play a part yet without the script to do it.  We've the Mattersly sisters who despite their first impressions are a few of the female ton that you'll cherish long before book's end and a "Dragon Mother" with whom you'll battle for common ground.  Outside the immediate family, we've male suitors not blind to the enchanting Eliza James (family connections to the Duke or not), those employed by the household who take a shine to this refreshing young woman, and even an appearance by Miss Austen herself to continue the magical threads woven through this story...and those are just the people!  As I said, there is much to love and MANY to love as this story unfolds, but it's not a flash in the pan, all action or reaction kind of book.

In typical Austen fashion, the story ebbs and flows without a huge dose of action to move it along, and yet move it does.  I can definitely see it being an instant favorite for Austenites, after all, Eliza's fantasy man is a styled after the ever popular Mr. Darcy with the combined looks of Colin Firth and Hugh Jackman.  Can't say that would make a displaced from her century girl sad, now can you?  The modern touches in the non-modern times give it just enough of NOW to appeal to readers firmly set in contemporary reads while allowing historical fans that chance to breathe in the light of this work while perhaps placing themselves in Eliza's shoes...or rather slippers.  Given the chance, would YOU step into your favorite fantasy?  With or without a guaranteed ending?  How about an escape clause? *ponders* 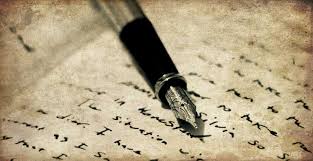 I love how despite being out of her own time and her love of the Regency Romances she toted wherever she went in our own century, when whisked away to her idyllic time/place, she still faced uncertainties.  Sounds heartless? Not really...after all, it's great to be GUARANTEED a happily-ever-after but how does one deal with not knowing whether it was REAL or WRITTEN?  Exactly...and a point that our heroine astutely considered before allowing her magical manuscript writing bestie, nay sister, to pen her own romance.  The kiss that unlocked the past as her future, her destiny as a second chance at long everlasting, was only the beginning.  It took her and her potential other half back to the world of sense and sensibility, manners and propriaty, but she never lost her sense of self.  She managed to fit in but only just, hanging on to her "new world" self enough to not only remain true to her soul but allow her heart to shine...and THAT my friends is what really helped her snag her "prince".  No, I'm not spoiling it, after all...if you've read the first one, you know how things turn out in the end of this one....but it's the journey from start to finish, the bits in-between that really tell the tale, warm the heart, and get the imagination rolling.

All things considered, I found this to be a rather charming novel and a great follow up to the first adventure.  Eliza was a great heroine, friend, sister, and altogether wonderful woman with a kind heart that deserved a second chance at love...even if it occurred timeline wise BEFORE her first was even a glimmer in his parent's eyes.  Word to the wise, don't contemplate the time travel aspect too much.  You're libel to get a headache.  Take it for what it is...pure literary magic that came from the pen and heart of a dear friend (Cat) only wishing to give her bestie a chance to be as happy as she dreamed she could be.  I will warn you that there are a few steamy scenes as things progress with one that will certainly bring some color to your cheeks closer to book's end, but the sentiments are shared in equal measure by both parties making it a sweet culmination in events.  *ahem* 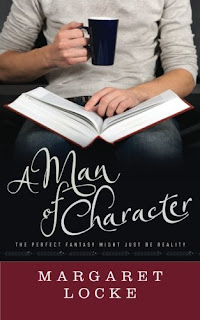 My only suggestion/observation of something I wish were different would be the cover.  I adore the simplicity and the meaning the items pictured have but the first one was an eye catcher in another way and seeing how Eliza was traveling through time to secure her happy ending, I thought it would be rather appropriate to portray a gent in Regency garb in the same pictorial styling of the first book.  Just a thought...and one that certainly took NOTHING away from my enjoyment of the read.  Thoughts or comments fair readers?

Recommended read for Contemporary Romance fans, Austenites, and those that dabble in time-travel literature.  It has a little something for everyone...and I can't wait to find out what happens in the next installment.  I have my suspicions as to how it will begin as well but I'll keep those in confidence for now.

A lover of romance novels since the age of ten (shh, don't tell mom!), Margaret Locke declared as a teen that she'd write romances when she grew up. Once an adult, however, she figured she ought to be doing grown-up things (such as earning that master's degree in medieval history), not penning steamy love stories. Yeah, whatever. Turning forty cured her of that silly notion. Margaret is now happily ensconced back in the clutches of her first love, this time as an author as well as a reader. Margaret lives in the beautiful Shenandoah Valley in Virginia with her fantastic husband, two fabulous kids, and two fat cats. You can usually find her in front of some sort of screen (electronic or window); she's come to terms with the fact that she's not an outdoors person. Margaret loves to interact with fellow readers and authors!

Special thanks to author Margaret Locke for the signed copy for review. (THANKS!)  For more information on this title, the author, or the publisher, feel free to click through the links provided above.  This title is available now via Locked on Love publishing, so seek thee out a copy at your first available opportunity...like now.  Now sounds like a plan....^-^ ...and don't forget about the first book, A Man of Character!  They can be read apart but really...would you do that to two best friends?  I thought not.