So, how was your weekend?  Do anything fun?  Read anything I simply MUST know about or my literary life won't be complete?  I'm all ears.  As for me, I....worked.  *sigh*  Well, someone has to do it but I would have much preferred it have been normal length shifts in lieu of 11+ hour days without a break.  Oye!  Talk about a severe cut into my reading time!  Alas poor York, it did cut indeed but not so much as to preclude my scheduled reads reaching completion....even if I am typing this post in the VERY late/early morning hours of its due date.  *whistles*  Anywho...moving on.

Today, I have the pleasure of playing host to a featured title via TLC Book Tours and Harlequin Books that is much more than it appears to be.  How so? You'll see, but first things first...the introductions!  Ladies and gents, today's book of choice is...

About the book....
Renowned yet private, thriller writer Hayden Winters lives a life colored by lies. As he is deeply ashamed of his past, his hunger for an honest relationship and dreams of starting a family remain unsatisfied, and he can trust no one with his secrets. He’s determined to outrun his personal demons, but the charming old Peach Orchard Inn and a woman whose presence is as gentle as a sparrow’s song stops him in his tracks.

Carrie Riley is afraid of everything from flying to thunderstorms, and pretty much of life itself. But meeting the enigmatic writer staying at the inn emboldens her to learn everything about him. When they discover a vulnerable boy hiding at the inn, Hayden is compelled to help Carrie protect him. Soon they’re led to a centuries-old mystery that haunts Hayden’s sleep, and his only safe haven is Carrie. As the secrets of the past and present cause their lives to become entwined, all that’s left to come to light is love—if the grim truth doesn’t tear them apart first.

This is one of those stories that appears to be one thing, transforms into another, and in the end, takes you by surprise. 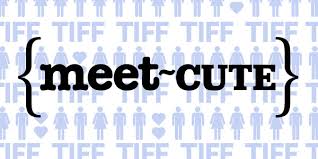 Right off the bat, we are introduced to two of our leads with a lively little "meet cute".  Hayden and Carrie were not a match you were anticipating but that didn't mean that they weren't totally meant to be.  After all, what better way for a bookworm/librarian and a mystery writer to meet than "a dark and stormy night".  ^-^  The warmth and kindness shown in this simple scene set the tone for an ending you simply know is in the making while the "lost boy", Brody, was a touch of heartache delivered early and remaining steadfast.  His story was a sad one but not uncommon, and something that really connected with Hayden more than his supporters could ever know (or rather WOULD ever know).  It's a serious situation handled delicately so as to add to the story's depth without completely offending the more sensitive sensibilities of some readers, with the rest of the town supplying its own color to enliven the overall hue.

I'll admit, I was taken by surprise when the narrative swept us into the past of Honey Ridge as I was expecting a present day tale, but there we were, dusty trails, mule drawn wagons and all.  Despite the displacement, it felt real.  I could feel the tensions in the newly freed South between former slaves and former owners as well as those that wore blue versus gray.  I could sense the dismay of Josephine Portland when she realized her beguiling and handsome "savior" was none other than a Yankee (*GASP!*) while enjoying the amusement the whole situation provided Thaddeus. It's all there reverberating through the pages much like the thunder in the storms Carrie fears...but nothing a goodly dose of TLC couldn't fix.

Overall, I'd say that it was a rousing success.  It both captured the here and now while navigating the past without getting tangled in the details.  You felt equally for Hayden and Carrie as you did for those that whose story's were brought to life through time.  The thing is ALL of the characters have pasts, presents, and secrets, that they'd rather forget; something that if they were given the pen to their own lives, they would have re-written.  The beauty of it all is when they realize that given that chance, they really wouldn't take it because those hardships, poor choices, missteps, and the like are what brought them to the place they are today to become the people they are today.  There is something to be said for experience no matter how rich or poor, dark or light, infamous or forgettable. It all goes into building our character, or in this case characters, to create a story you won't soon forget.

New York Times and USA Today Bestseller, Linda Goodnight is the winner of the RITA and other highly acclaimed awards for her emotional fiction. Active in orphan ministry, this former nurse and teacher enjoys writing fiction that carries a message of hope and light in a sometimes dark world. A country girl, she lives in Oklahoma.

Special thanks to Lisa at TLC Book Tours and the Harlequin Books team for the chance to bring this promotion to you as well as the ARC for review.  (THANKS!)  For more information on this title, the author, the publisher, THIS TOUR, or those on the horizon, feel free to click through the links provided above.  This title is available now via HQN Books, so be on the lookout for it on a bookstore shelf or virtual retailer of your choosing.

Very intriguing would love to read it I have had my face buried in a James Patterson novel titled Midnight Club.fairly good