Otto Von Trapezoid and the Empress of Thieves by Jesse Baruffi

Hi guys and gals!
Welcome back to a late night edition of Satisfaction for Insatiable Readers.  Now don't go checking the time it was published because you didn't see this yesterday, err...today...when you checked.  I have the power to go back in time when necessary, though I wouldn't actually reveal my use of it to you.  So, you're left guessing, while I'm left telling stories.  Shall we continue?

You may be thinking...why on earth is she publishing a review in the moonlight instead of with the sun?  Good question, but the answer is simple...because I can.  Yes, my fellow readers, I'm taking a page from the instruction manual of our leading man and lady (HA! As if they would leave one of those lying around...or have one called that.  I suppose guidelines would be a better term.), and wielding my POWER as a blogger.  In this case, that means making today's BIG post at night thus turning the world upside down.  Okay, so maybe it won't do that exactly, but it may make you pause for thought at least.  *ahem*  Anywho, back to the matter at hand...

Today's book spotlight shines on a Comedic Romance that's got a little bit of everything...and yes, you read that right.  Comedic Romance, not Romantic Comedy.  From laughter to love, robots to high flying style, villains to heroes, and much MORE in between, there's SO much fun to be had between these epages, you won't want it to end.  BUT....before it can even think about ending, it must begin and for that, I give you the INTRODUCTION!  Today's ebook of choice is... 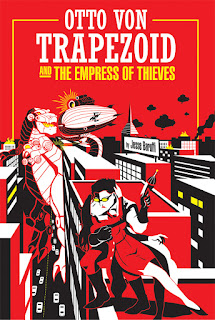 About the book...
...the story of two criminal masterminds who can conquer anything except their own feelings. Otto Von Trapezoid is a mad scientist who rules an army of robots from his orbital space station. Angry and grumpy, he sees no value in humanity except becoming their ruler. Esmerelda Santa Monica is the stylish self-proclaimed “Empress of Thieves,” who values her own legend and the thrill of the theft over actual wealth. Both live lonely lives, the desire to become the greatest villains of all time primarily on their minds

When the two meet in simultaneous attempts to blackmail the UN, their instincts are to attempt to kill one another, but soon they discover a mutual attraction that neither thought possible. Once they begin to pool their resources, the pair seems on track to become the most successful evil-doers of all time and set out to conquer the world itself. But what happens when their villainous natures emerge, and both realize there can only be one absolute ruler of Earth? Can either be satisfied with being second to another?

To make matters worse, they must deal with the protestations of Otto’s sidekick robot SCRAP, the meddling of their fellow villains, their families, and worst of all, heroic superspy Jake Indestructible is determined to bring them both down, once and for all.

Filled with robot dinosaurs, exploding dinner parties, and villainous poker games, OTTO VON TRAPEZOID AND THE EMPRESS OF THIEVES is a hilarious sci-fi comedy that will leave you falling in love with the bad guys!


If the cover and title aren't enough to get your attention, I don't know what will.  Okay, well I do...the STORY itself....but that point is a bit obvious, is it not?  *ahem*

From the moment I read the first passage and was introduced to Otto Von Trapezoid and the Quadrilateral of Doom, I fell in love.  With the flick of an epage, I was drawn deeper into that love while laughing manically at the pages off and on....causes many raised eyebrows and limited explanations from myself.  Hey, there's only so much that can be captured in a snippet from a story like this; it's always best to recommend the read, which I wholeheartedly do.

Otto presents as your somewhat typical stereotype of a geek turned villain with an assortment of robots at his command and one somewhat intelligent life form in the guise of SCRAP (that's right SCRAP...I took a dig at you.  Whatcha' gonna do?  Hmm?).  Acronyms and witty wordplay run rampant here, so I'm not going to bother explaining them all now; you'll learn them as you go and gain a chuckle along the way.  Anyway, one day Otto is enacting his latest semi-brilliant plan and hacks into the world leaders conference (aka play time complete with pool tables, and beach ball tossing) to deliver his evil ultimatum, when PFFT!  Magically (or not) his signal is interupted by another's hack (code name MegaLoMeinia...get it?  ^-^) with a different message of doom from none other than the Empress of Thieves, one Esmeralda Santa Monica.  She's a diva thief with style who wanted to prove her thieving parents wrong for thinking she'd never amount to nothing...and then when successful, continued to increase her "kingdom".  Neither one wants to be outdone, so they both hatch plans to overthrow the other...through their hearts.  No, no, no....there's no Indiana Jones scene with beating hearts being ripped out; I mean through manipulation of feels and a love affair which leads to SCRAP almost tossing his circuits several times and this touching exchange... 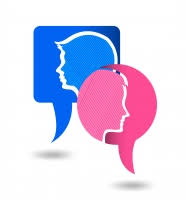 
Yeah...things quickly progress past the evil plan stage into possibly reality stage but you're never quite sure until you reach the end.  Nope, I'm not telling so you'll have to deal.  Sorry...not sorry.  To keep things on the evil up and up, there is plenty of drama along the way from a not-so-friendly poker game with other villains of power to Jake Indestructible's intrusion into both their lives and their evil takeovers, the stealing of the Louvre to the destruction of a particular iceberg which played host to a big to-do for villains everywhere, and even the introduction of the Unknown Threat. I had a distinct feeling we had met before, perhaps more than once. In fact, I believed they might have been out done more than once as well, but boy was I in for a surprise!  (You tricked me you fiend! *searches for laser gizmo or compact mirror*)

In the end, it was an exhilarating sci-fi story tinged with romance, filled with evil villains and villainesses, diabolical robots, and super heroes who won't take no for an answer. In three words... SO MUCH FUN! In a so ridiculous it's stunning...so witty, it can't be denied. In more than three words or a sentence, you can reread my review that you apparantly skipped over trying to be slick like Otto and Esmeralda.  Tricky little reader.  I'm on to you.

Recommended read for teen through adult Fiction fans who like a lot of snark, humor, and villainry in their reads...but with an ending that's satisfying...for most anyway.  *evil laugh*

Jesse Baruffi was born in a West Virginia college and quickly became the adorable dorm mascot of his parents’ alma mater. While other little boys dreamed of being astronauts and firemen, Jesse dreamed of creating stories, a curse which failed to subside, even in adulthood. He has been a teacher, tutor, caseworker, cat rescuer, filmmaker, and accidental kite-flying champion. He currently resides in Chattanooga, Tennessee with two demanding feline overlords. 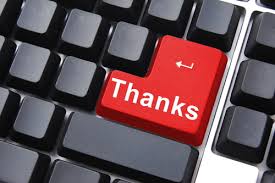 Special thanks to author Jesse Baruffi for the ebook for review.  (THANKS!)  For more information on this title, the author, or those works in progress forthcoming, please fell free to click through the links provided above. This title is available now via Curiosity Quills Press, so be on the lookout for it on a bookstore shelf or virtual retailer of your choosing....or just click through the links above and TADA!  You'll be transported right to the virtual doorstep you're looking for....

I should have commented on this sooner, but thank you for the kind words, Gina! Also, I always felt like Otto's statement about destroying the world was one of the sweeter things he said to Esmerelda and was a little disappointed no one else commented on it. So thank you for that as well.