Memoirs of a Dead White Chick by Lennox Randon

Today, we're introducing you to a title that is ready for your consumption as we speak...err, you read...that stars a rather unusual tale in some aspects, and yet so very familiar in others.  Confused?  Don't be...our leading lady/boy will do that enough for you.  Just hold on tight and bring to the forefront of your mind the lessons you learned in American History as we take a walk through time in a new way.  Ladies and gents, here comes today's book of choice...

About the book...
It began as one of those days when I asked myself, what else could go wrong?
And then I died.

Eleanor, a harried, middle-aged White female elementary schoolteacher (and former police officer), begins her day by dying in the year 1999.

Somehow, while her essence is en route to wherever one’s essence goes upon death, she inadvertently ends up occupying the body of a 16-year-old Black male in 1858 Philadelphia.

Not only does she have to deal with the obvious gender, race, and time period changes, but she also has to figure out whether, when lives are at stake, she should interfere with history as she knows it.

Well now, this one definitely goes on my list of interesting starts.  Did you catch that opening line in the synopsis?  They are the same two sentences that will greet you upon starting this book and it certainly sets the tone for things to come. No, not in a gruesome, forlorn, woe-is-me sorta way, but more along the lines of irony that comes to enlighten her soul as well as bite her in the behind.  Oh yes, things aren't all a bed of roses here.

Imagine yourself a 40 something White school teacher, late for work, skipping your morning coffee (blech!) just to make up some time, and WHAM!  Lights out.  Yep.  Pretty much Eleanor's day in a nutshell, but that's only the start.  We continue on traveling with her soul to who-knows-where, joining a (assumed) group of souls going the same way, until "lucky day incident number two" occurs and we're bounced from potential afterlife in the fluffy clouds to...the 1800's.  Say what?  Exactly.  Oh, and that's not all.  What and who you were are no longer because of course your "self" didn't exist then (except in Einstein's peculiar theory of past/present/future occurring all at once), so you've landed in the body of a 16 year old Black boy named William (not being derogatory, just the terms used in the work suited for the time period).  Talk about a shock....both for YOU and the family.  Can she/he ever get back to where she came from?  If so, how....and if not, can she/he learn to live in a time only remembered that has become her present?  A time when the lives of the Black community weren't valued as anything more than property by most?  Let's just say it's going to be an interesting journey ahead...

Truth be told, I rather enjoyed this work for the most part.  The concept was interesting, the lead character believable, and the situations that transpired right in step with history...at least until she/he began changing them inadvertently.  (Oye!) Oleta, William's sister, was a smart little cookie!  She knew in a heartbeat that Williams wasn't exactly "William" anymore and yet accepted "his" story as fact without anything other than open curiosity as to the how, and why.  I could definitely see that happening because children tend to have a more open mind than many adults (unless you're a reader...then the world is your oyster)...but when the explanation spilled over to a White adult member (Mr. Fitzgerald) of the community with the same fascination and acceptance, it felt like a bit of a stretch.  It wasn't overly done which worked in its favor, but it still hit me the wrong way.  The darker times portrayed certainly speak of the heinous acts of "humanitarianism" some clung to in times past  but they also serve as a reminder that the peace we hold now is new at best and still just as tenuous to some degree, as witnessed by the latest news stories of man against man round the world.

In the end, it was interesting to see history written as a fictitious tale yet presented as a memoir even within its own text...to the author no less!  (Yeah, let that swim in your brain a bit....)  Though I could have done with the "I'm a male now" half chapter (use your imagination, you'll get what I mean), and further into our journey we delved pretty deep into history (not my favorite forte), it was fascinating to see the proverbial butterfly effect in action.  I mean really, how much can those tiny flapping wings change things?  How much indeed.... 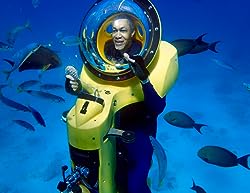 Lennox Randon is a graduate of the Houston Police Academy and the University of Texas at Austin with a B.S. in Education. He worked as a police officer, technical writer, and teacher. Randon formed a writer’s group in 2010, where he developed his first novel, Friends Dogs Bullets Lovers, published in late 2012. When he's not reading or writing, Randon loves bowling, tennis, scuba diving, snorkeling, skiing, hiking, and just exploring nature in general. Randon currently lives in Iowa with his wife, daughter, and two unwelcome hairy interlopers of the feline variety. Randon’s new book, Memoirs of a Dead White Chick, is available now in paperback and e-book. As of this writing, Randon is living with terminal metastatic gastrointestinal stromal tumors (GIST) cancer and counts every new day a bonus.

Special thanks to Sarah at SMITH Publicity, Inc for the copy for review.  (THANKS!)  For more information on this title, the author, or those promotions on the horizon, feel free to click through the links provided above.  This title is available now, so be on the lookout for it at your favorite online retailers.