Hi guys!
Welcome back to a LATE Sunday edition of Satisfaction for Insatiable Readers.  What can I say, I blog when I can and when I can is sometimes (okay, MOSTLY) in the wee hours of the night/morning.

Today, we're exploring the second installment of a Young Adult Fantasy series that'll really get your heart racing.  Of course I'm talking about the House of Slide and although it's been a while since our last encounter with its inhabitants both friend and foe, it'll feel like only yesterday once you crack the spine (virtual or otherwise).  Now this being a series, I do recommend reading the first book to start off on the right foot because although the several types of beings are explained well enough as well as the new breeds we encounter, it doesn't mean a lick if you don't have the background knowledge to go with it.  So, end story short...read BOOK 1 (Hotblood) first, then continue on a journey through the pages of today's book of choice... 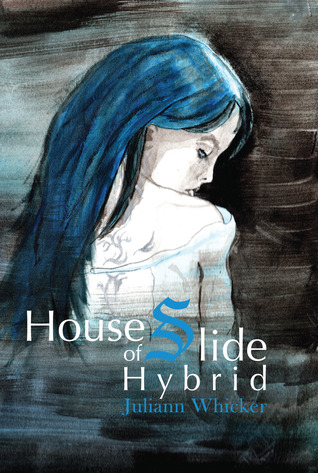 About the book...
A new soul in a dangerous world.

Dariana Sanders, daughter of the prestigious House of Slide, has her hands full. The Bloodworker who killed her brother is dead, but it turns out that he's not the only one who wants Dari, or who will do anything to make sure that she's taken care of before she learns to control her powers and becomes a force to be reckoned with. She needs her friends, family, and a reluctant soulmate if she's going to survive.

In the beginning, there were Hotbloods...and then we were introduced to Wilds, Cools, Hollows, etc, complete with definitions/descriptions that fairly coincide with their names and our fantasy world expanded THAT much more in the best way possible.

We all know my relationship with Fantasy works by this stage in the game, and although this one has its own culture, it's not SO big that dabblers like myself get lost in the creative energy.  The author has the ability to really get you inside Dariana's mind for better AND worse so that we can see all that's bubbling and bouncing around between her ears.  Trust me, there is A LOT going on.  Let's see, we've got the partial blood binding wreaking havoc (nothing a little Fatherly leaning can't fix...for now....dun dun dunnnn!), her mixed feelings for her hunter/intended/dangerous-version-of-McDreamy/McSteamy all in one that send her head spinning pretty much every time he's near, her familial ties and "house" responsibilities, her uncontrolled powers that seem to be growing by the day, and oh yeah, her newly returned soul that's as bright as a spring daisy seeking a rainbow to sprout under.  A prime example of that last one can be seen in this passage.... 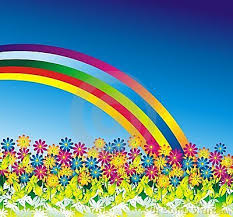 “I can’t kill, he can.”
“He’s been trained to kill. Your soul has been protected, kept pure and untainted. If you worked at it, you could become a truly destructive force.”
I stared at him. “Thanks, dad. I always wanted to know my full potential.”
--pg 15 (approx.)

...not exactly the father/daughter talk you might expect and yet appropriate for this pair.  While we're dealing with all the off-ness in Dariana's world, we have the enjoyment of reality punctuations scattered throughout.  Example, when she finds Hot Topic (you know the store, don't pretend you don't).  Oddly enough, it was her desire to find an old school pony shirt (along with tutus, and rainbow tights, and sparkly shoes) that led her inside, but the irony is I had a similar experience once upon a time that made it even easier to connect with our leading lady. (Although I was looking for a cute punk shirt for a concert...)  I admit, I was in awe initially of the contrast of her world's darkness and the light she seemed to be seeking.  Was that the reason or was it deeper?  Did it stem from what her brother did to her in fracturing her soul?  The pondering combined with reading brought me to the conclusion that her fascination with bright colors, ponies and things of childhood were quite possibly because of her restored soul. She was but a child when her brother did what he did...perhaps it takes time for the soul to grow and age to match the person.  No worries...there's plenty to age someone a hundred years or more this time around.

Seriously, A LOT is going on in this installment and a whole lot is going to change.  We watch Dariana grow stronger in herself, her powers, and her position both in life, house, and love.  She goes through the most changes perhaps of anyone her physically as well as mentally but if you can keep up, you're in for one amazing (and at times painful!) ride.  We see her relationships change with Lewis (*wolf whistle*), Old Peter, Satan (*awesome but scary dude*), Grim, her mother and father, and a thousand others along the way.   We explore the Nethers, a line suppose to be run dry, as well as other Houses, the likes of which are very different than Slide AND have ties we haven't seen until now.  We discover that Hybrids are not as uncommon as we first believed, their powers vary greatly between them, and that those of pure blood are not as much friends as they are foes.  We also see there are others forces after the pureness of Dariana's soul though the why is something that remains to be seen.  As I said, A LOT going on...and I wouldn't want it any other way.

In the end, there were a few plot holes here and there with a transition or two skipped now and again but overall one WICKED STORY. I can't help but smile at the ending the author delivers and wonder at what's still to come for those still around.  Hey, what's war without a death or two?  Exactly...

Recommended read for teen readers and beyond! 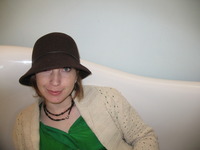 Juliann C. Whicker was raised with chickens, goats, and a cow named Mrs. Mooley who everyone (neighbors included) chased down the street in a small college town. She now lives in Saint Louis with her five children, husband, and all the free museums and zoos a soul could crave.

She works painting in oil and ink, writes clean fiction that's too dark for those with delicate stomachs, and has a marvelous time hanging out with her friends and family. 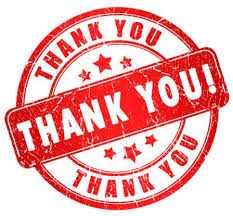 Special thanks to author Juliann Whicker for the ebook for review.  (THANKS!)  For more information on this title, the series, the author, or those works forthcoming, feel free to click through the links above.  Stay tuned for my coverage of book 3 in this series, entitled Hunter, in the coming weeks.

Your book reviews are magic. Thanks so much for remembering House of Slide!!! I can't wait to see what you think of Hunter.