Here's hoping you and yours had a great Easter (for those you celebrate).  I had the fortune of being home with my family (fur babies included) and despite the uber bad weather, a good time was had, but too much rest can make one lax and when it comes to reading, I'm definitely not one to fall into that category.  That being said, the next week (or twenty) is gonna be pretty full with all sorts of bookish fun, so be sure to stay tuned and check in on the regular to not miss a page!  Speaking of which, let's get today's post rolling...

TLC Book Tours is stopping by with a MUST READ title that's circulating the blogosphere as we speak.  It's a work of Fiction that reminded me greatly in style of another read that I adored (Stella Rose...look it up; you won't be sorry!) but outside of the basic set up, the stories were vastly different...and that my friends made it stand on its own proverbial feet and STAND OUT as something not to be missed.  Ladies and gents, grab a chair and sit for a spell as we introduce your next wish list addition and today's blog tour guest... 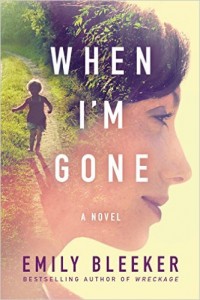 About the book...
Dear Luke,First let me say—I love you…I didn’t want to leave you.…

Luke Richardson has returned home after burying Natalie, his beloved wife of sixteen years, ready to face the hard job of raising their three children alone. But there’s something he’s not prepared for—a blue envelope with his name scrawled across the front in Natalie’s handwriting, waiting for him on the floor of their suburban Michigan home.

The letter inside, written on the first day of Natalie’s cancer treatment a year ago, turns out to be the first of many. Luke is convinced they’re genuine, but who is delivering them? As his obsession with the letters grows, Luke uncovers long-buried secrets that make him question everything he knew about his wife and their family. But the revelations also point the way toward a future where love goes on—in written words, in memories, and in the promises it’s never too late to keep. 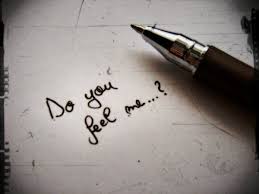 What starts out with a great sadness, grows into a story that will have you by the heartstrings through every turn of the page.  You'll smile when they find life's rhythm once again.  You'll be angered when things get out of hand and bad choices are made from lashing out to not choosing the proper flight-or-flight option.  You'll laugh when things finally seem to bring joy again despite one of their own leaving all too soon.  You'll cry when...well, when things simply build to such a point and place you can't escape it any more.  The point is that you will FEEL this one as much as you will read it.

Along the way, we develop relationships with both lead and supporting characters that feel like they could easily follow us right off the page into real life.  Luke was lost without his better half, but through her memory and those breadcrumbs she set up in her final days, he has a chance to find himself (and her!) once again with a better clarity and appreciation for life than he ever had.  Despite being a character known through the recollections of others and those she recounts through written word, Natalie manages to reach out from behind the veil to continue to lend her comforting spirit to everyone left behind just at the right moments....even if some seem much to late in arriving.  Annie was the warmest of souls and someone that was in earnest being the best addition to this family in their time of need as much for herself as for them.  The same could be said for Jessie though with her quirky Broadway T-shirt collection and joyful buoyancy despite her own health issues.  From the kids to the guidance counselor, the neighbors to the extended family, the cast of characters really make an impact from start to finish.

Story wise, the premise of it beginning with a significant death and the trail of letters arriving over the course of days that follow isn't new, but this one does add a bit of mystery and danger you won't be expecting.  It seems our dear Natalie was a wonderful wife and mother, but even she had secrets that she was planning to take with her to the great beyond...but her soul wouldn't permit its leaving without a cleanse.  They say a picture can say a thousand words and while that may be true (and proven here...not telling you how though), words certainly go a long way when committed to paper.  The time she had left in their lives, she filled with love and laughter, building a foundation for memories that they could cherish.  The parts that she hid would come to light...but she hoped understanding, acceptance, and forgiveness would be easier when she was gone.

Truthfully, I managed to keep the tears at bay until the final page and a half.  No, seriously.  There are moving moments, and a roller coaster of emotions along the way from all the stages of grief to some outside of it that considering everything transpiring, weren't that hard to jump to, but up until that final passage, that last (possibly) exchange, I was tissue-less.  Suddenly, I was not...which made it very hard to finish the final sentences but a few dabs later and I was right back to astonishment.  Why?  Well, it's the ending you see.  It's not a quite an ending but almost a beginning that brings us full circle and while it works for the story because it's both the point and NOT the point of the whole novel, it still left me shaking my fist at the sky and shouting "NOOOOOOOOO!!!!"....

.....in a very Streetcar Named Desire fashion. Yep.  I'm not too proud to admit it.  I was frustrated with where it left most things, but not to the point of regretting my time between the pages in the least.  It's a beautiful journey fraught with loss, happiness, love in so many forms, and the black and blues that life leaves upon us body and soul.

In the end, it's definitely a multi-faceted story.  It's not just about a husband losing his wife.  It's not just about the affect it has on the family as a unit or the friends that are there to help ease the days that follow.  It's about the far reaching impact that our lives have and how everything we do, no matter how seemingly small, or insignificant it may be, leaves lasting impressions on the hearts that surround us.  It's about how every life is precious, every moment important, every second something that should be treasured because we never know when it might be our last.

Emily lives in suburban Chicago with her husband and four kids. Between writing and being a mom, she attempts to learn guitar, sings along to the radio (loudly), and embraces her new found addiction to running.

Special thanks to Lisa at TLC Book Tours for the review copy as well as the chance to bring this promotion to you.  (THANKS!)  For more information on this title, the author, THIS TOUR, or those forthcoming, feel free to click through the links provided above.  This title is available now via Lake Union Publishing, so be on the lookout for it on a bookstore shelf or virtual retailer of your choosing.

Oh I don't think this one is for me, and yet I want to read it. It sounds like one of those books I love and hate at the same time. Yea, one I need to be prepared to read. Glad you have given me a glimpse into what this one is like.

Thanks for being a part of the tour! I'll be sure to keep tissues handy if I pick this one up.