So, it's beginning to look a lot like...whatever holiday you might be celebrating this time of year, but in the reading world, you can celebrate any day, any time, any place with anything that catches your eye; hence, today's post.  While many are reading the wintertime favorites and romantic snowy escapes (both of which I'm fond of too!), I just happened to finish a Young Adult title that is ANYTHING BUT holly-jolly, or holiday-ish in the least...and it SO rocked!  In fact, it brings to mind a particular film series that...well, let me tell you about THIS book first.  Ladies and gents, you may be a bit more cautious after we're done with this tale about what letters you open.  Front and center, today's book of choice is... 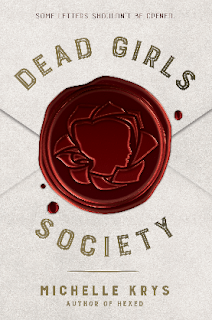 About the book...
You are cordially invited to participate in a game of thrills and dares. Tell no one, and come alone. If you dare.

Hope is sick of everyone treating her like she’s breakable. Sure, she has cystic fibrosis (basically really bad lungs), but she’s tired of being babied by her mom and her overprotective best friend, Ethan, not to mention worrying about paying for her expensive medication and how she’s going to afford college.And she’s bored with life in her run-down New Orleans suburb.

When an invitation arrives from a mysterious group that calls itself the Society, Hope jumps at the chance for some excitement. This could be her ticket out. All she has to do is complete a few dares and she just might win some real money.


But the Society isn’t all that it seems . . . and soon Hope finds that playing the game isn’t a choice—it’s a requirement.

It took me until the very final moments to satisfy the little nagging voice in my head that kept saying....something is familiar about this story.  It also took about five seconds to shut that said voice down because while the basics are there to some degree, it was still unique to itself and quite the rush! 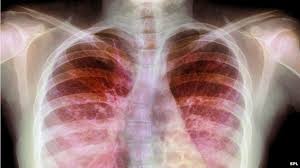 Hope was an awesome character, illness or not.  I loved her steadfast true-ness through it all.  She asked (even if only to herself) the tough questions, pushed herself outside her comfort zone, and never gave up even when doing so seemed the smartest thing in the world.  Seriously, those scenes in the...with the other one just...and all the dirt...  ~shudders~ ...not something I want to go to bed thinking about, let's put it that way.  When she was stretched to her limits, you couldn't help but get caught up in it all; after all, how could you not care what happened to her, her mom, and her sister, let alone the other characters?  They were endeared to my heart from the start...even those I didn't want to have any business with still mattered in the grand scheme of things and made me want to know just how it would all play out, for better or worse.  Trust me, in this story...there is ALWAYS a worse that could happen...

I admit, I didn't know who (singular or plural) was behind it all until we were seriously closing in on the big reveal.  It was kept THAT well hidden with enough cloak and dagger work to throw you off the scent. When it all comes out, the pieces snap together just right, leaving you in shock and awe at the extremes some will go to just to see the strength and will to live of others.  Oh and back to that comment of what it reminded me of....highlight here to reveal but remember, it's a bit of a spoiler to some degree!  It reminded me of I Know What You Did Last Summer...with a dash of Saw, and a smidge of House on Haunted Hill.  It took the classic everyone-has-a-secret setup, pitted the unusual cast against each other in order to win top dog status and the big money, while dangling an unseen connection in front of our eyes.  Good stuff!

To conclude, a great addition to any YA fans reading list with a little mystery, a dash of suspense, and a formidable opponent that's not going to let them off easy if they slip up (just ask Hope's mom about the car...*gulp*).  It's a fun way to spice up your winter nights and get the adrenaline pumping sans mistletoe...though there are some potential love connections.

MICHELLE KRYS is the author of Hexed and Charmed and the highly anticipated Dead Girls Society, coming November 2016. When she’s not writing books for teens, Michelle moonlights as a NICU nurse.  Michelle is probably not a witch, though she did belong to a witchcraft club in the fifth grade and “levitated” people in her bedroom, so that may be up for debate.  She lives in Thunder Bay, Ontario, Canada, with her family.