Up on the Rooftop with...THE BOOK OF KRINGLE by Derek Valez Partridge and Mary Packard

Hi boys and girls!
Welcome back to Satisfaction for Insatiable Readers.

Today, we're shining the light on a new-to-me Christmas title suitable for all ages.  It's a Picture Book that came to my attention courtesy of the fab folks at Smith Publicity Inc, and in a curious little story strewn with wonderful illustrations, manages to tell the legend of the big S.C. in a whole knew way.  So, if you THINK you know the story of how this kind hearted man in red came to be, think again.  Prepare to be dazzled as we step between the pages of today's book of choice...

The Book of Kringle:  Legend of the North Pole
by
Derek Calez Partridge and Mary Packard
Illustrations by
David Wenzel

About the book...
The Book of Kringle Legend of the North Pole Author Derek Velez Partridge written with Mary Packard. In a magical land on top of the world, an epic struggle between light and darkness was waged between two brothers. King Kringle ruled with a harsh hand over the elves of the North Pole, allowing no laughter, no play and no Christmas celebration. There was only one, truly kindhearted soul who could make a difference and change the course of the world. Would the elves be able to find Santa and bring joyous laughter to the land? Manusol the Elf knows the answer, for it is written in The Book of Kringle. This book is good fit for both boys and girls!

With it's charming cover and curious description, how could I not accept the opportunity to read/review this title at this festive time of year?  It was simply a given from the start and by book's end, I was rather intrigued.

Most of us have seen several dozen or so takes on the old "how-Santa-came-to-be-Santa" story.  From being lost in a blizzard and found (not dying as SOME might think) by the Vendegum (aka elves) that were waiting for his arrival to a matter of circumstance where the current man-in-red "fell down" on the job and POOF, you were him, and everything in between.  Who's to say which is real versus fantasy?  My point exactly, which makes this story CLAUS-able too.  (^-^)  Here, we have mighty King Kringle lording over his subjects with an iron fist, and outlawing pretty much anything fun, joyous, or celebratory in any way...including Christmas.  Geesh, Scrooge before his enlightenment much?  Things were taking an even more drastic turn for the worst when a prophecy of sorts foretold a kind soul emerging from their midst to put the spark of love and caring back into the hearts and lives of their wintery world.  This person would be so pure of heart, the magic of the crystals that surround them would be reawakened and shine for all to see.  Just WHO was this gentle person who would go by many names but conjure the same spirit of generosity across the lands?  Wouldn't you like to know... 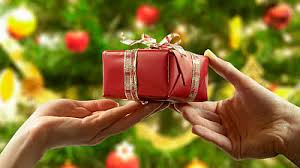 The story takes the joy and wonder of the season, injects a little family feud (one sided but still) that's wreaking havoc on the land, and reminds us that there is always light to be found even in the darkest of nights.  The author's writing and the illustrator's fantasy tinged images work hand in hand to create a memorable read that is unlike any of the other stories of Santa Clause that I've encountered before.  Though geared towards wee ones in style, I really feel it's the Kid Lit set and beyond that will take the most from the story, both enjoyment and lesson wise.

So if you're looking for a great add to your holiday reading list this season, take a gander at this title available at an online retailer of your choosing!

Derek Velez Partridge is a Writer/director/producer of features films such as 'A Miracle in Spanish Harlem' (@MiracleSpHarlem) (also on Amazon). Most recently Derek has ventured into children's books. He is the author of The Book of Kringle, Legend of the North Pole; an adventure story of a re-imagined Christmas tale. This is the first book of a series.Stay tuned!

Special thanks to Rachel at Smith Publicity Inc for the ebook for review.  (THANKS!)  For more information on this title, the author, or those promotion on the horizon, feel free to click through the links provided above.  This title is available now so visit the official site, or click over to Amazon to snag your copy today.

Hmm. Maybe our elf will bring this to my kids.