Hannah Grace and the Dragon Codex by Roger Ziegler

Well, we've made it.  It's OFFICIALLY DECEMBER, which means another year of great reading is about to come to a close...but not JUST yet.  There's still 30 some odd days to fill with bookish delight and today's featured title is indeed one of those that will delight among other things.

It's a book that was next on my reading rotation and yet also managed to break a teeny reading slump I had unfortunately fallen into (darn slumps...don't happen often but when they do, ugh!).  Bonus points to it for that, but even if it hadn't had to follow up some less-than-favorite reads from my TBR, even if it had to go against some stellar superstars, it would still shine VERY brightly on its own.  Ladies and gents, children of middle grade and older ages, find your inner balance and get ready to join Hannah Grace and friends on an adventure you won't forget!  Today's book of choice is... 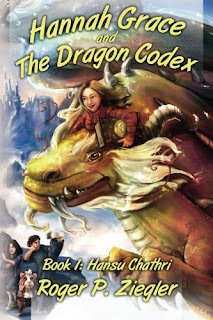 About the book...
When an ancient book of wisdom is stolen, 11-year-old Hannah Grace and her karate besties must discover their true powers to rescue the book before Big Evil takes over the Universe.
Magic, positivity, adventure (and a sumo wrestling guinea pig), await readers in the first book of this coming of age fantasy series. It's perfect for all kids who love to get lost in worlds of wonder and imagination.

Every day after school, Hannah Grace does her homework and practices karate with her father John. But one morning when Hannah wakes from a strange dream where she sees an ancient and mysterious book, she's more than a little shocked when her dad reveals an amazing secret; it's The Dragon Codex, the most powerful book ever created and he needs Hannah to find it before Big Evil gets it and takes over the Universe!

Suddenly, Hannah, who can barely remember her homework, is thrown into a much larger world of magic and danger--and a whole lot of people are counting on her.

Hannah's got it covered though. Actually, she has no idea what to do, but she's not giving up just yet.

When I started this book, I thought...okay, here's goes nothing...let's see what you've got.  When I finished this book, I was SO ready for the next installment.

Hannah Grace and her two besties are drawn into a magical, mythical, otherworldly fight for power they never knew existed, and it all surrounds the mysterious Dragon Codex.  Just what IS this curious book with swirling worlds and a magnetism seemingly none can deny, and why is Hannah's father so desperate for her to uncover its whereabouts?  She doesn't even know what it is exactly, let alone where it could possibly be!  Or does she?  Things aren't always what they seem in this story and there are more riddles than you can shake a stick at, so finding your way to the exciting end is best left to the semi-professionals; in this case, Hannah.  With her friends by her side, and the teachings of karate (and her Dad!) as their guide, there's nothing they can't do...now they just have to BELIEVE that before the whole of the world is under the power of the Big Evil.  Good luck kiddos!  You SO got this!

This was one EXCITING story!  The action never let up, the lessons were never dry, the morals were a good reminder for all, and while aimed at the Middle Grade crowd, I really feel the fan base extends much further than those boundaries.  It reminds me in a sense of a Disney movie.  It appeals to the kiddos because of the "bright and shiny", but the inside jokes throughout make it a hit with the over toddler crowd.  The author spins a tale just out there enough to be considered fantasy, and yet believable enough to make you want to investigate those literary lion statues outside the NYPL.  (Seriously!  I wonder if there really could be a passage to...)  It even uncovers the source of an affliction suffered by bookworms round the world.  You know, where you randomly spout literature and get lost in books so completely you think you're there?  (Egads! So that's what my problem is...)

In the end, I gotta say it was a great read! I loved the puns and the wit (The Bowling League of Big Evil...seriously?!  Hahaha!  ^-^), the creativity and imagination employed (our little "master" who helps the kiddos uncover their potential), and the unusual arrival of a particular red furry character that usually "lives" on a street named after (not really) my dad's favorite Chinese dish, who totally kicks butt even in his final moments.  (*dun dun dunnnn*) Now that I've returned to the real world (*grumble grumble*), I will keep a watchful eye on the horizon for my next chance to go on a grand adventure with Hannah Grace and whomever might come her way; after all, there is still much to do if she's ever going to finish the...umm, never mind.  Just take it from one bookworm to another, this is a perfect addition to your wish list this holiday season.

Roger (Ziegler) long ago rejected the sensible (and sane), advice of his parents to be a lawyer or doctor and became a writer instead. He's been a journalist, taxi driver, actor, theater producer, collection agent and so much more!

He's received writing awards from the New York State Press Association and the Physicians for Social Responsibility. Roger coauthored the Amazon "beast" selling humorous self-help book Pee On It and Walk Away: How to Deal with Difficult People. Life Lessons from Superdog Abby, www.peeandwalk.com.

Roger is a third-degree black belt in Seido karate and has a wonderful, magical nine-year-old daughter. Roger likes fudge.

This is his debut novel. 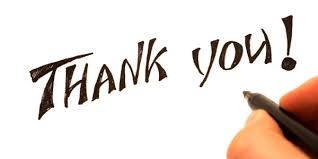 Special thanks to author Roger Ziegler for the copy for review.  (THANKS!)  For more information on this title, the series, or the author, feel free to click through the links provided above.  This title is available now, so be on the lookout for it at your favorite online retailers.