Well, things sure do look different around here and while I'll be missing my "chef" for certain, I think it's safe to say I've cleaned things up enough to take the disclosure of "under construction" off the top of my site, don't you?  Anywho...today is INDEPENDENCE DAY!  The day we celebrate (US side, at least) our freedom with cookouts, family time, and firework displays that light up the night sky.  I, myself, had to work today...*le sigh*...but I can still here them "bursting in air" above us outside, so I hope that you and yours are celebrating it up tonight.

Here, we're all about the books and today's late day post is a YA Paranormal release that, well...hasn't quite hit the virtual shelves at the moment, but it's coming, just like that zombie apocalypse everyone keeps talking about (just kidding...but maybe not when we're talking about THIS book).  Ready or not, prepare to utilize your flight or fight reflex as we take on today's ebook of choice... 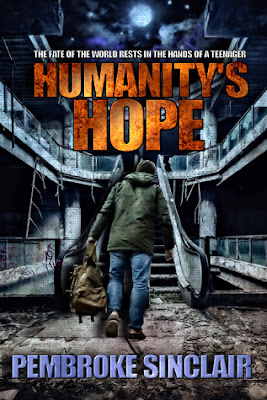 About the book...
Caleb, a 17-year-old boy, survived the zombie uprising, but he didn’t come out of the ordeal unscathed. He’s been scarred—both mentally and physically. The rest of humanity is trying to rebuild, to make the world normal again. Caleb is trying to return to a normal life also, but after all he’s seen, after the loss of his family and friends, the transition is difficult. The darkness that led him down a path of self-doubt and self-harm keeps trying to creep back into his mind.

Things only become worse when he discovers he’s immune to whatever makes a zombie a zombie. Fighting zombies was predictable. He knew what to expect. Fighting humans is volatile. They are malicious and treacherous. They won’t stop to get what they want, and Caleb has to figure out exactly what that is.

My first impression...curious, VERY curious.
I'm not a zombie fan, by any means, and the more I say that the more I look back and see that I've actually read a decent amount of zombie fiction at this point, but nevertheless, I stand by my "not a fan" claim....HOWEVER the approach in this one is rather interesting.  It takes us to a world not so far removed from our own that we wouldn't recognize it, and places us smack dab in the middle of life after a zombie apocalypse that was started by mankind. 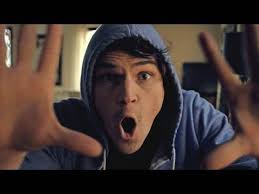 That's right.  What started as something with good intentions quickly got away from those "in control" and blossomed into the monster that it is today.  Go figure.  Flash forward a bit and those in adulthood are few, while the workforce is filled in with the children that survived...and are still trying to.  What's that?  You thought it was all over?  Think again.  They're still trying to figure out how to eradicate the disease and possibly turn the zombies back into humans...albeit living and breathing ones, I'm not quite sure.  Anyway, our main man Caleb survived a whole host of gruesomeness and still lives with the storms it created within him, but the reasons behind his survival were chalked up to luck and skill...until now.  It seems there is more to him than meets the eye, but don't worry...he's still on someone's menu as he attempts to survive long enough to secure his own future as well as quite possibly the fate of the world.

All in all, it was a good read.  The writing was smooth, the story line was without holes, and it left you wanting more in the best way possible.  Now I will say that the whole BZ's and RBZ's thing is a little humorous (name wise at least if you know what it stands for) but while definitely a stretch of the imagination, they still stand squarely on their own two grossly sized feet.  Well done and bookmarks up to author Pembroke Sinclair!  If you're a YA Paranormal fan, love conspiracy theories (come true!), or simply have a hankering for zombie culture, this should be on your summer reading list!

Pembroke Sinclair is a literary jack of all trades, playing her hand at multiple genres. She has written an eclectic mix of fiction ranging from horror to sci-fi and even some westerns. Born in Rock Springs, Wyoming--the home of 56 nationalities--it is no wonder Pembroke ended up so creatively diverse. Her fascination with the notions of good and evil, demons and angels, and how the lines blur have inspired her writing. Pembroke lives in Laramie, Wyoming, with her husband, two spirited boys, a black lab named Ryder, and a rescue kitty named Alia, who happens to be the sweetest, most adorable kitty in the world! She cannot say no to dessert, orange soda, or cinnamon. She loves rats and tatts and rock and roll and wants to be an alien queen when she grows up.