If the Crown Fits: Royally Romanov by Teri Wilson

Hi there!
Welcome back to a late night edition of Satisfaction for Insatiable Readers.

This evening, we're focusing in on a new Contemporary Romance title set to hit virtual shelves THIS TUESDAY (07/17/17) from author Teri Wilson.  You may remember that name from a previous post, right here on SFIR, and you'd be correct in that recollection.  My first exposure to her work was the prior book in this particular series, entitled Royally Roma.  It was a steamy, wonderful adventure through the streets of Italy as a case of mistaken identity grows into something much more.  If you've not checked it out, I highly suggest you do...but not because you have to in order to read today's book.  No, sir.  They are connected as they are a part of The Royals series, but otherwise, the royal cheeses stand alone.  Ready to jet set to our next royal romp?  Here we GO!  Today's ebook of choice is...

About the book...
In this charming modern day retelling of the 1956 classic Anastasia, a museum curator falls for a mysterious man who may or may not be a long lost heir to Russia’s imperial Romanov dynasty.

Finley Abbot is organizing the most prestigious art exhibit of her career at the Louvre museum—a retrospective of art from the House of Romanov. But the sudden appearance of Maxim Romanov threatens to turn her into the biggest laughingstock of the art world. When she finds herself falling in love, she realizes there’s even more at stake than her career. How can she trust a man with her whole world when he can’t remember a thing about his past?

After suffering a violent blow to the head, Maxim’s only clue to his identity is a notebook containing carefully researched documentation in his own handwriting indicating that he is the sole surviving descendant of the Grand Duchess Anastasia, previously thought dead in the murder of her family during Russia’s Bolshevik revolution. His struggle to put the mysterious pieces of his past back together leads him to Finley. At first, she’s convinced Maxim is nothing but a con artist. But there’s something undeniably captivating about the beautiful, brooding man who claims to be searching for his identity—something Finley can’t quite bring herself to resist. When he reveals a secret about one of the imperial Fabergé eggs in the collection, she accepts he may actually be telling the truth. But as soon as Finley and Maxim act on their feelings for one another, Maxim is confronted with evidence that calls into question everything he’s begun to believe about himself.

For this adventure between the pages, we're landing on the streets of Paris with a potential heir to the Romanov name, memory, and oh-so-many-millions-in-prized-finds-left-behind yet with no memories of his own (that make sense, anyway)...and a (almost) museum curator who happens to be an expert on this particular family's history, or at least she was until he came along.  What's a girl to do when history lands at her feet in the form of a big, handsome, amnesia addled man asking for her help with solving what may seem like the simplest of questions...who am I?  What indeed...

Whether you're a big history buff or simply a lover of the basic legend as viewed in the animated film Anastasia, you won't feel in over your head with this story.  While yes, it does get into the glory days of the House of Romanov as well as its untimely demise, it only does so to add to the story, build the atmosphere, and create the connection, however tenuous, between what was and what might be...or rather WHO might be.  It's a little history lesson, but it's kept light enough to avoid burdening the tale's progress.  Speaking of that progress... 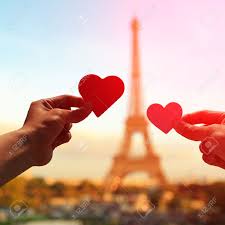 Our main characters suffer from a case of wrong time, wrong place CONSTANTLY throughout the story.  Just when it seems things are going to move forward, something or someone steps in to take them two steps back.  It's maddening, it's frustrating, it's...perfect for the book because it keeps you guessing, and keeps the flirtatious, unstable nature of Maxim and Finley's relationship spark worthy.  Once the danger levels rise to unfathomable heights, let's just say that progress is not longer a problem, but that doesn't mean that they'll live happily ever after...especially after all is revealed.  Want a sample?  He didn't really...but the test results...and what about the attack...I always knew that one was a slime ball!  Sorry, that's all I can say, but trust me...there are MANY surprises ahead.

In the end, it was a great addition to the growing series of which I hope there will be many more to come.  The author puts us right there in the danger zone as events unfold, but never forgets to bring the sparks.  I can easily see Contemporary or Historical Romance fans getting behind this one, but also the New Adult crowd...and yes, I mean for the adult fans only because there is definitely a blush worthy scene or two.

Special thanks to Melissa at Simon & Schuster for the bound copy for review.  (YOU ROCK!)  For more information on this title, the series, the author, or the publisher, feel free to click through the links provided above.  This title is available THIS TUESDAY via Pocket Star eBooks, an imprint of Simon & Schuster, so at it to your calendar, pre-order your copy today, or be on the lookout for it at an online retailer of your choosing.