The Sinking of the Angie Piper by Chris Riley

Today, we're sailing through rough seas to bring you an adventure filled work of Fiction that reads like real life.  It's the debut novel from this new talent and I can already see the makings of a huge following in a few of the niche genre fans.  So, if you like adventure, the great (and not so great) outdoors, internal struggles, and true to life accounts of the heck life can put us through with a glimmer of hope at the end...get your sea legs ready because we're pulling out of port with today's book of choice... 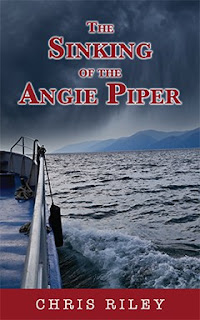 About the book...
Ed and his childhood friend Danny are gearing up in Kodiak, Alaska, preparing to join the Angie Piper’s crew for another season of crab fishing. Ed is a relative newcomer, but despite the perils of the trade, he sees no reason to fear for Danny’s safety. The Angie Piper has always been blessed. She has a stalwart captain, Fred, a crack engineer, Dave, and two time-tested pros to keep the rest of the operation running smoothly, exuberant Loni and the more reticent Salazar. Every season has a greenhorn, the one who works for a pittance in order to learn the ropes. This time around it is Ed’s friend Danny, no ordinary crewman. Their shared history is complex. Though strong, brave, and hardworking, Danny is a simple soul, and Ed is weighed down by guilt, dark memories of the many times he failed to defend his friend against the inevitable bullying. And cantankerous Dave believes Danny is a bad omen, so much so that his bitter opposition may endanger them all. The season starts off strong, and the crew is elated by the bounty of their catch. Then their luck turns. The skies grow dark, the waves swell, and Mother Nature bears down on them with her full arsenal. When the storm finally abates, who will live to tell the tale?

This one has me reading with shades of The Sea Wolf, Moby Dick, The Perfect Storm, and those Discover Channel crabbing shows a few years back, floating through my mind...but in a good way!  A wild, exciting adventure upon the high seas, full of danger, hardships, and uncertainty... but also triumphs, self realizations, and hope.

We know from the start that the Angie Piper is going down...hence the title...but though we know that for fact, the when and how are still up in the air, as is every little thing that will transpire in-between.  The crew is a memorable collection of personalities.  Straight from the port, there's friendly ribbing, bets, and letting loose before the work really begins, but there is also uncertainty and speculation as to the intelligence behind bringing on board a certain greenhorn.  Seriously, it may not have bothered Danny, but for the love of Pete, I was ready to come through the epage and take those macho muckups down to size.  They weren't even prepared to give him a chance to prove himself, which happened to be the only part that his "friend" really opened his mouth about.  I'm sorry, but Ed really had a lot to learn about friendship despite the years these two had been a duo.  He may have known how to talk to Danny and teach him, but that's only half (if that!) the duty of a true friend. Luckily for him, he's about to learn that lesson...the HARD way...and with terrible repercussions that may end any chance he has to be the better man he claims to want to be. 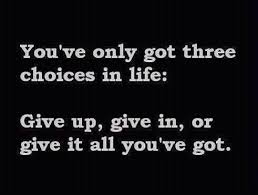 In the end, it's definitely top pick for adventure seekers, both of the armchair and real life varieties, that puts you right there in the action, for better or worse.  Though a rough and tumble crew, the way they come together when all heck breaks loose, will steal your breath and stir your heart.  Danny is the unlikely hero in this group, but that heart of gold and innocent determination refused to be extinguished.  (Hooyah to you Danny!) So, strap on a life vest and prepare to be amazed as you climb aboard the ill-fated Angie Piper for a final voyage she, nor we, are likely to forget.

Raised in southern California, Chris Riley moved to the Pacific Northwest for college, where he quickly grew accustomed to the colder climate. Since college, he has worked through a variety of careers, until becoming a school teacher for students with special needs. Ambition not yet quenched, he began an additional career in writing, and has had nominal success with the short form markets, before delving into the longer narrative.

Chris’ debut novel, THE SINKING OF THE ANGIE PIPER, is a coming-of-age story about an Alaskan crab fisherman who learns what it takes to be a man from his best friend with Down’s syndrome. Compared to as both “literate and heart-pounding,” the novel combines the elements of human survival, forgiveness, and tear-jerking triumph, against a backdrop of the harsh, Alaskan seas.

Currently, Chris lives in central California with his wife and children, hiding from the heat, and slowly unearthing his second novel. He vows one day to return to the Pacific Northwest. 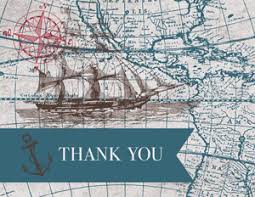 Special thanks to author Chris Riley for the ebook for review.  (THANKS!)  For more information on this title, the author, or his future works, feel free to click through the links included above.  This title is available now, so be on the lookout for it on a bookstore shelf or virtual retailer of your choosing.