Love knows no boundaries: Sun at Midnight by Rosie Thomas

Today, we're joining a blog tour already in progress via The Overlook Press.  It stars a COMING SOON title from a seasoned author who weaves a story kissed with the promise of tomorrow while traversing the harshness of today.  Saying it's an epic story feels cliche and yet for our leading lady, it is all that and then some.  Ready or not, today's book of choice is on deck... 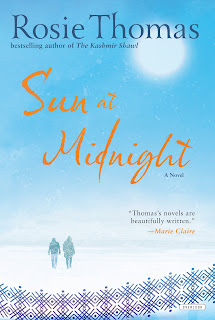 About the book...
From critically acclaimed author and “master storyteller” Rosie Thomas (Cosmopolitan), a sweeping saga of loss and redemption that centers on Alice, who as a scientist, relies on method, precision, and tangible proof. But when her relationship with Oxford artist Peter Brown collapses spectacularly, she is forced to use her skills to evaluate her own life for the first time. In her thirties, childless, and tied to Oxford by her work, it’s time to break away. Alice accepts an invitation to travel to the southernmost point of the earth, Antarctica.

Upon arrival, she is awestruck by the strangeness of a continent painted in shades of blue and white, lit by an unearthly permanent sunlight. And nothing has prepared her for the close confines of a small base shared with eight men and one other woman. It’s in these close quarters that she develops a strong attraction to a man shrouded in danger and mystery. It’s in this beautiful but unforgiving environment that Alice discovers something that could change her life forever . . . if she survives.

What is it about girl's named Alice always getting into some sort of troublesome adventure most unexpectedly?  Thing is, this Alice isn't tumbling down a rabbit hole, becoming acquainted with a smoking caterpillar, or trying to keep her head...but, all things taken into account, she might as well be.

Our Alice is taking herself out of her comfort zone in the name of family.  Born and raised by a scientist and explorer (her parents, dad and mom, respectively), she's grown up curious, but never had the expedition bug, thus her own scientific study profession, but when the opportunity arrives and dear old mom is unable to accept, the darling dutiful daughter steps in.  True, there's more than just family obligation drawing her to the great white beyond (or rather repelling her to this most secluded of locales), but without that push, she probably wouldn't have taken the step that propels her life forward in ways she could've never imagined.  There are hard choices ahead, decisions to make, and for the most part, she only has herself to depend on...well, I did say for the most part.  There are her mates on the expedition, but a ragtag team of scientists, medics, and fly boys does not a well rounded support system make. Or does it?  I mean, some of the best things can be borne out of necessity rather than planning or choice, and with the dangerous turns this adventure takes, any connection is going to be better than nothing.

In the end, it was beautiful and poetic in its descriptions, while conveying a story that truly came from the heart. Our leading lady was nothing to shirk at to begin with but by book's end, she had come not only full circle the globe (well, in a manner of speaking), but also into her own sense of self. It reminds us that life is fleeting but love can last forever and is expressed in so many ways. While not a quick read, it is certainly a book for whiling away many an afternoon due to the length and lengthy meanderings, making it a wonderful addition to your summer reading conquests. 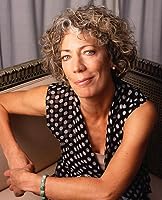 Rosie Thomas is the author of numerous critically acclaimed, bestselling novels. She has won the Romantic Novel of the Year Award twice, for her novels Iris & Ruby and Sunrise. Born in a small village in northern Wales, Thomas discovered a love of traveling and mountaineering when her children were grown. In the years since, she has climbed in the Alps and the Himalayas, competed in the Peking to Paris car rally, trekked in the footsteps of Shackleton on South Georgia Island, and spent time on a tiny Bulgarian research station in Antarctica. To research The Kashmir Shawl, she traveled to Ladakh and Kashmir.

Special thanks to Lauren at The Overlook Press for the ARC for review.  (THANKS!)  For more information on this title, the author, or the publisher, feel free to click through the links provided above.  This title is set to release July 25, 2017 (as of this post), so mark your calendar or pre-order your copy today!