Today, we're joining a TLC Book Tours promotion already in progress.  It features the first in a NEW SERIES that's gonna find a home on Contemporary Romance fan shelves in a heartbeat...maybe even sooner.  Ready to add a new title to your beach bag this summer?  I thought so.  Here without further ado is today's blog tour guest and book of choice... 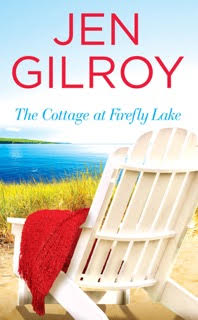 Charlotte Gibbs wants nothing more than to put the past behind her, once and for all. But now that she's back at Firefly Lake to sell her mother's cottage, the overwhelming flood of memories reminds her of what she's been missing. Sun-drenched days. Late-night kisses that still shake her to the core. The gentle breeze off the lake, the scent of pine in the air, and the promise of Sean's touch on her skin . . . True, she got her dream job traveling the world. But at what cost?


Sean Carmichael still doesn't know why Charlie disappeared that summer, but after eighteen years, a divorce, and a teenage son he loves more than anything in the world, he's still not over her. All this time and her body still fits against his like a glove. She walked away once when he needed her the most. How can he convince her to stay now?

Charlie and Sean's story ended 18 years ago when she broke his heart, her own, and carried secrets no one, let alone a fledging young adult, should have to carry by themselves. Flash forward to the present, and while the years changed them in some dramatic ways, it didn't touch those things that matter most. Can we say unfinished business? There's a lot of work to do, both physical and emotional, but if these two can get it together, bypass the hurts of yesteryear and find their rhythm, there's nothing they can't do.

Though the first in a new series, it felt like coming home.  The way the community was set up, the surroundings described, the cast of characters built, it stood firmly on its own two feet and never once felt like a build up without fulfillment until the next installment.  No sir, the sheer fact that another release is on the calendar is but a another happy bookish moment to celebrate because if this release is any indication of the author's writing talent, we've certainly struck gold.   Charlie and Sean endear themselves to us time and again while at the same time keeping the sparks alight that they refuse to acknowledge.  The younger versions of themselves (i.e. Naomi and Ty) were adorable, even if they did get up to some things that would definitely raise their parent's blood pressure.  Their friends and family, even those lost along the way, were all brought to life between the pages and their memories stamped indelibly on the shores of Firefly Lake.


In the end, it was a great read and the perfect add for your summer days...or any time for that matter! Admittedly, I did want to strangle Sean a time or two (so quick to anger for the past!) and even Charlie (so worried about old mistakes!), but they still make it a story to remember. Can't wait for the next book, Summer on Firefly Lake, coming next week! 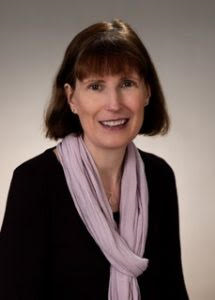 Jen Gilroy grew up under the big sky of western Canada. After many years in England, she now lives in a small town in eastern Ontario where her Irish ancestors settled in the nineteenth century. She's worked in higher education and international marketing but, after spending too much time in airports and away from her family, traded the 9-5 to write contemporary romance to bring readers' hearts home.

A small-town girl at heart, Jen likes ice cream, diners, vintage style and all things country. Her husband, Tech Guy, is her real-life romance hero, and her daughter, English Rose, teaches her to cherish the blessings in the everyday.

Special thanks to the TLC Book Tours team and the folks at Grand Central Publishing for the chance to bring this tour to you as well as the copy for review.  (THANKS!)  For more information on this title, the author, the series, the publisher, THIS TOUR, or those on the horizon, feel free to click through the links provided above.  The Cottage at Firefly Lake is the first book in the Firefly Lake series. The next book, Summer on Firefly Lake, comes out on July 25, 2017!
*grabs calendar*

In the mean time, how would you like a CHANCE TO WIN A COPY to call your own?  WISH GRANTED!  Now's your chance to win a PRINT OR DIGITAL copy of this fabulous book thanks to TLC Book Tours and Grand Central Publishing.

Open to US/Canada residents only; no P.O. Boxes please.
Winner will have 48 hours to respond with their format preference and shipping information.  If a response is not received in given timeframe, a new winner will be chosen.  SFIR is not responsible for lost/un-received prizes.

To enter, fill out the Rafflecopter below!

The charming cover and title drew me to the book!

The chair drew me to the cover. The surrounding looks so peaceful.