Today is a MEGA BOOK BIRTHDAY type of day with SO MANY awesome titles hitting bookstore and virtual shelves that I just couldn't decide where to pointedly direct my attention, and so, the multiple posts.  Forgive me for adding to your "to read" list?  *bats eyes*  Honestly, I'm sorry...but not sorry.  ^-^  So, up next, the SEQUEL to a book I was shouting about from the mountaintops...you know the one.  It was only a few months or so back.  Remember?  The Young Adult Fantasy that was kicking off a series filled with WHAT IF'S you never dared imagine?  Yeah, that's the one...and today, book two makes its debut.  Please welcome today's title in the spotlight... 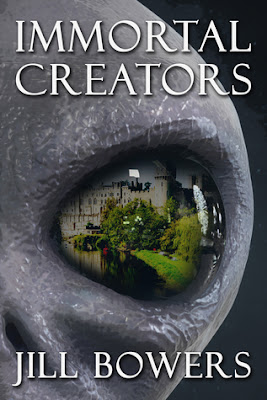 About the book...
Sixteen-year-old author Scott Beck never wanted to be an Immortal Writer—not after his father was killed on a mission attempting to dispatch his own villain. Scott blames Shakespeare and the Writers for his father's untimely demise, but no amount of hatred will prevent the oncoming alien attack, which has come over to reality straight from Scott's book.

Scott is forced to collect his characters—an Air Force colonel, two of the best pilots on Earth, and an alien enthusiast from the year 2134—and defeat the alien king before Earth is obliterated by his ships. But an odd sickness Scott calls his Writing Fever might just kill him before the aliens have the chance.

Will Scott be able to defeat the monsters he created, or will the world end in flames?

I find myself rereading my GoodReads updates from time to time and my reactions while in the middle of this one were quite entertaining, but indeed accurate.

We begin with the acknowledgement of a death, though the how and why are still a mystery, and the open vehemence of young Scott for our dearly beloved Bard. Yes, that's right...Shakespeare.  What?  Didn't you read the first one?  Well, why not?  Quick summary, author's whose writing surpassed the page live on beyond their years just like their works...including the characters they brought to life.  Yes, literal LIFE.  Good?  Can I continue?  Okay.  We continue with a kidnapping of talent, meaning Scott is taken by the Bard because let's face it, that's his usual m.o. plus he's needed, oh so desperately...so desperately in fact that his brother is brought with him as well.  This time around, the characters aren't arriving first, the creator is...and it's a good thing too because being invaded by aliens from another planet whose only goal is to kill, conquer, and rule...let's just say it won't be a walk in the park, and some may not make it out alive.  *gulp*  Yes, this is one danger filled trip through the Reality Field and you know what, the Imagination Field is looking pretty darn grim at the moment too!

I gotta say, while I was in love with the first, this one...well, I wasn't NOT in love with it, but I was left with more questions and I'm one of those readers that likes a nice tidy ending.  Oh, there's definitely an ending of galactic proportions, but tidy it is not.  Seriously, there are SO MANY QUESTIONS unanswered!?! What's with the wall? Why is it (or was it) there? Who IS he exactly? Why is he? Did I miss something? All I know is that next book needs to be here now, no yesterday. (No, really.  That tease excerpt at the end...OMG!)  Yes, I know this one is just releasing today, but what's your point exactly?  ^-^

In conclusion, I highly recommend losing yourself in this series from start to temporary finish.  You'll get to play with the "what if" questions until your heart is content, while making new friends and greeting those you already hold dear.  (Hi Liz!)  The twists and turns will keep you guessing and formulating your own explanations for the seemingly improbable, and yet the ending will still catch you by surprise.  In short, a MUST READ for Young Adult Fantasy fans of all ages penned by a writer who is making quite a name for herself, at least in my book. 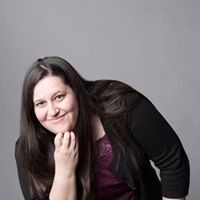 Special thanks to Talia at DigiWriting Book Marketing Agency and the Blue Moon Publishers team for the ebook copy for review. (THANKS!)  For more information on this title, the series (rumor has it, it will be FIVE BOOKS long...woo hoo!), the author, the publisher, or the marketing team, feel free to click through the links provided above.  This title is available now in "e" and "tree" formats, so be on the lookout for it on a bookstore shelf or virtual retailer of your choosing.