Today, we're joining TLC Book Tours for a stop along their current promotion starring a new Young Adult release via Thomas Nelson.  It just hit US bookstore shelves earlier this month, but was already being eagerly devoured by Italian fans and beyond.  Yep, that's right...it has so much appeal, so much success that it was translated and brought to our sunny shores for our reading enjoyment.  The result...it's been received with open arms, and is being toted as an instant pick for fans of a particular novel involving faults and stars, but reading is a personal experience and not every person receives the same message, thus my conundrum...but I'm getting ahead of myself.  Let's get this introduction done properly already...as we meet and greet today's blog tour guest and book of choice... 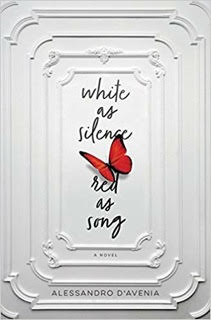 Sixteen-year-old Leo has a way with words, but he doesn’t know it yet. He spends his time texting, polishing soccer maneuvers, and killing time with Niko and Silvia. Until a new teacher arrives and challenges him to give voice to his dreams.

And so Leo is inspired to win over the red-haired beauty, Beatrice. She doesn’t know Leo exists, but he’s convinced that his dream to win her over will come true. When Leo lands in the hospital and learns that Beatrice has been admitted too, his mission to be there for her will send him on a thrilling but heartbreaking journey. He wants to help her but doesn’t know how—and his dream of love will force him to grow up fast.

Having already sold over a million copies in Italy, Alessandro D’Avenia’s debut novel is considered the Italian The Fault in Our Stars. Now available in English for the first time, this rich, funny, and heartwarming coming-of-age tale asks us to explore the meaning—and the cost—of friendship, and shows us what happens when suffering bursts into the world of teenagers and renders the world of adults speechless.

Okay, first things first...let's talk cover and title.
The simplicity of the cover matched with the striking color palette totally drew me in.  I gave pause when I saw the red butterfly fluttering among the stark whiteness of its surroundings.  It made me stop and wonder, what drew it to be there?  How did it feel to be standing out so boldly against its surroundings?  The title...made me curious.  I know some people see feelings, emotions, and situations in colors, so I was half expecting to encounter someone along those lines, though even I can see how silence may be easily interpreted as white...just like white noise, background...filler.  So, from the start, it had extra points in its corner.

Second things second...let's talk story.
I admit, for a good portion of the book, I was seriously wondering exactly where we were going with this.  I mean, was it something lost in translation?  Was I simply not getting it?  What under the heavens above was I missing that would explain all the noise I was reading into what had seemed to be such a grand story?  I'll say this...it took a while...and I'm talking up until about the last 3rd or 4th or the book to really get in there, up under all the talked about feelings, and what ifs, to the nitty gritty, and begin to understand what people were really doing, really feelings, really saying as they went about their lives while others had theirs crumbling down.

I gotta say I really admired Beatrice, when we finally got to know her, for her desire to lift others up as she herself was being torn down, for her strength of faith which is hard to keep even in the best of times, and for her ability to inspire others even from afar  Silvia was another favorite because despite the supposed deception, she loved with all her heart, gave with all her soul, and cared enough not to take, but to wait, until the moment finally arrived for her to have her time in the sun.  Though Leo was our main voice here, I found it harder to feather out his state of mind without the echo effect created by those around him.  He was so involved in his quest to have the brightest star be his that he forgot to even look at the sky.  Good thing he had some great friends to fall back on, even when things looked beyond all hope.

In the end, it wasn't the glorious read I was hoping for (and no, I've not read The Fault in Our Stars --yet-- but I thoroughly loved the movie), but it was memorable.  Like the constellations that dot our night skies, it is something that I can look back on and remember when, while still trying to puzzle out the mysteries that lie within...not a bad thing, just a different thing.  Recommended for Young Adult fans in their teen-dom and beyond... 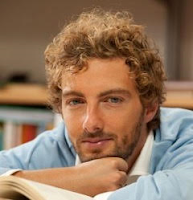 Alessandro D’Avenia holds a PhD in Classical Literature, and teaches Ancient Greek, Latin and Literature at a high school in Milan. White as Silence, Red as Song was his first novel,published in Italy in 2010. It sold a million copies in Italy, has been translated into over twenty languages and was released as a film in 2012. Alessandro has since published four more books, the latest of which, Every Story is a Love Story, was published in October 2017.

Special thanks to Lisa at TLC Book Tours for the chance to bring this tour to you and to the Thomas Nelson team for the copy for review.  (THANKS!)  For more information on this title, the author, the publisher, THIS TOUR, or those on the horizon, feel free to click through the links provided above.  This title is available now via Thomas Nelson, so be on the lookout for it on a bookstore shelf or virtual retailer of your choosing.