SNARED: ESCAPE TO THE ABOVE by Adam Jay Epstein - REVIEW + GIVEAWAY!

Today, I'm pleased as punch to be bringing you a review of the latest release from author Adam Jay Epstein.  Recognize the name?  Ah, but you SHOULD!  He's one half of the author duo that gave us the FABULOUS series The Familiars...and this time around he's left none of the magic, the fantasy, or the heart behind.  So, if you're ready, let's set our sights on adventure because there is MUCH ahead as we dive between the pages of.... 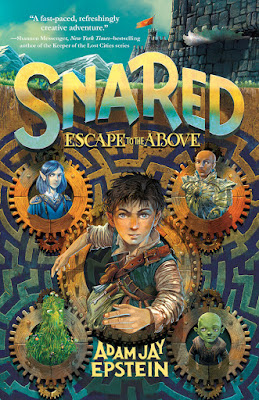 He has never seen the sun, or blue sky, or even his parents. Wily Snare lives underground, creating traps to keep treasure-seekers away from the gold in an ancient wizard’s dungeon. He spends his days mopping up giant slug slime, avoiding poison darts, and herding undead skeletons. It’s all he knows.

Until an unusual band of adventurers—an acrobatic elf, a warrior with a magic arm, and a giant made of moss—successfully defeat Wily’s traps. And they want the ultimate treasure: Wily himself. His skills can help them invade every other dungeon in the kingdom. He might even aid their fight against the Infernal King, whose gearfolk and prisonauts terrorize the land.

But for a boy who has never been outside, dungeons aren’t nearly as scary as the world above. Or an evil king who builds the trickiest traps of all . . .

This is the story of one Wily Snare.  Raised by a menacing "father" figure deep in the Carrion Tomb and working as a trapsmith for as long as he can recall, the little hobgoblet has never seen the light of day...as in the actual sun because I guess his skin was suppose to melt off if its rays ever touched him.  Yeah, sounds a LOT more than unpleasant, so I don't blame him for being a fan of the underground....but what if every thing he was ever told, every thing he ever took as truth, suddenly turned into a lie? 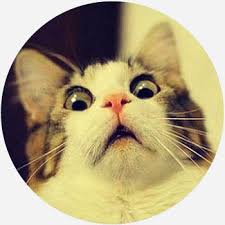 Yes, my friends, Wily Snare is in for QUITE the surprise, when invaders turn unexpected friends, his true heritage is revealed, and he finally finds the confidence within to not simply be a grand trapsmith, but a...well, okay, I can't say that part, but trust me, it's BIG, and it's GRAND, and it's all that his little non-gobhoblet (because he's HUMAN!) heart has desired for so long.

I adored the mysterious characters that kept creeping into the story, and how their purposes were always something more than what they at first appeared.  I found the combination of magic and science, or rather more specifically engineering, on display fascinating, and a good representation of how they  truly blend.  My heart was shocked by some reflections though I did have my suspicions as the story progressed, but it was also warmed by the family Wily found, and how his sister from some other, well, mister/creature, stood by his side steadfast as Modul in a river (he's an moss golem, in water he drinks/hydrates...fascinating creature!).

All in all, a great fit for Middle Grade Fiction readers of all ages, boys and girls, elf and golem, hobgoblet and Roamabout, alike.  There is so much to love, so much to discover, so much adventure to be had that one trip through the traps within doesn't seem like nearly enough....good thing it's the first in a NEW SERIES!  (Woo hoo!)

Adam Jay Epstein spent his childhood in Great Neck, New York, when he wasn't aboard his father's sailboat. He spent many days sitting in the neighborhood park, traveling to fantasy lands in his head (occasionally when he was supposed to be doing his homework). In college, he circled the world on a ship and studied film at Wesleyan University. He is the co-author of the internationally bestselling middle grade fantasy series The Familiars, the middle-grade sci-fi series Starbounders, and the middle grade fantasy series Snared. He has written film and television projects for Disney, Sony, Fox, MGM, Paramount, MTV, HULU, SYFY, and Disney Channel. He currently lives in Los Angeles with his wife, two daughters, and dog, Pixel.

Special thanks to author Adam Jay Epstein for the copy for review.  (THANKS!)  For more information on this title, the author, the publisher, this title or his other works, feel free to click through the links provided above.  This title is available now via Imprint, an imprint of Macmillan Publishers, so be on the lookout for it on a bookstore shelf or virtual retailer of your choosing.  Oh and not to spoil anything, but um, yeah...book two is slated for release APRIL 2019 and according to the publisher's site is titled, Snared:  Lair of the Beast!  (Can we say WISH LIST?!)
Now before you go, how's about a little GIVEAWAY? 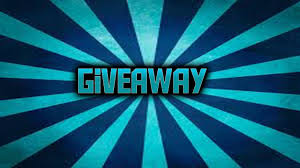 When the author contacted me about this bookish celebration, he also supplied me with some AWESOME SWAG...in the form of SIGNED BOOKMARKS!  I know...how cool is that?!  You get the SNARED book image on the one side, and the author's signature on the other, so hello, DOUBLE WIN!  Speaking of double, I've 18 total to share, and since SHARING is caring, I've giving them away in pairs, so you get one for yourself and another to share with a friend.  Sound good?  Great!  Just fill out the Rafflecopter for your chance to win and no magic words required, you're in!  Oh and since I'm footing the postage, it's US addresses only guys.  Love ya! 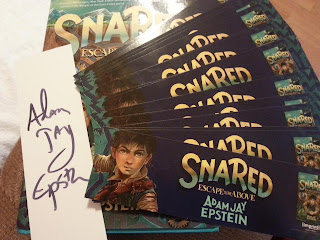