Today, we're joining Silver Dagger Book Tours for a stop along their latest promotion featuring a Cozy Mystery series just waiting for you to indulge.  Ready or not, here comes today's titles in the spotlight... 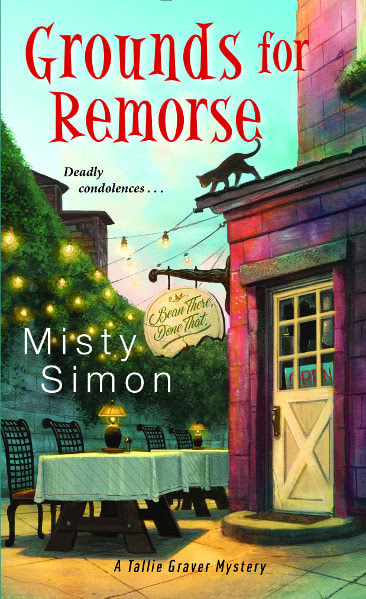 Grounds For Remorse
A Tallie Graver Mystery #2
by Misty Simon

No more cheating . . .
Best friends Tallie Graver and Gina Laudermilch both seem to spend a lot of time around urns. For Tallie, they're part and parcel of the family business, Graver's Funeral Home. Even though she's traded ashes for dusting with her own cleaning business, she still works part-time for her folks and lives above the funeral parlor. For Gina, they're the vessels that con-tain her heavenly brew at her coffee shop, Bean There, Done That. And both women are learning that owning a business can make finding time for romance challenging.
But when Gina's new beau turns out to have a wife, who barges into the coffee shop to take him home, she can't contain her bitterness and loudly threatens to poison his cup or boil him in a vat of coffee. So when Mr. Wrong turns up dead at the bottom of a staircase inside Gina's locked home, she finds herself at the top of the police's suspect list. Tallie needs to sweep in to save her friend. But she'll need to watch her step, or she may go from being a funeral home employee to becoming their next client . . . 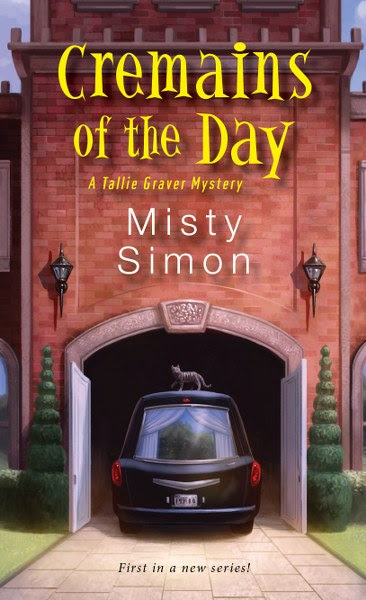 Cremains of the Day

There's no reverse on the hearse . . .
For Tallulah Graver, marrying wealthy Waldo Phillips seemed like the best way out of the family business, the Graver Funeral Home. But when her marriage falls apart and Tallie is left with next to nothing, she turns to cleaning houses to make ends meet. As humbling as it is to tidy the mansions of the snobby socialites she used to call friends, at least she doesn't have to be around dead bodies. Until . . .
She discovers one of her employers lying in a closet with a knife sticking out of her chest. This unpleasant shock seems to be part of a web of weird experiences: Tallie's friend Gina's shop is broken into, her ex is stun-gunned where it hurts the most, and now she's receiving flowers from the dead woman. Granted the deliveryman is handsome, but seriously, that's enough to cast a pall over anyone’s day. Now Tallie needs to dig deep to clean up this mess—before she finds herself in a grave situation.
“You’ll be cheering as the clues pileup in this creative cozy mystery.” —New York Times bestselling author Lynn Cahoon

Catering after the funeral was not really my forte, either, but at least during this job I got to hang with Gina.

And here, in the fire station next to Graver’s, we were having a grand old time. The stories were fairly flying around the big hall in front of the garage where they kept the engines. Gina had gone for simple and very Pennsylvanian for the former fire chief and all-around good guy. We had pork and sauerkraut, pigs in a blanket, chicken with gravy on waffles, chicken corn soup, and lots and lots of bread. Dessert was Mr. Fletcher’s favorite thing in the world, whoopie pies.

Mr. Fletcher had retired over twenty years ago as fire chief, but the old guys sitting in the back corner with their chairs in a circle and their canes resting on the backs, talked as if it were just yesterday the man had run into a burning building to save someone. That someone had turned out to be a former girlfriend, who promptly kissed him. They fell back in love that day and were married for fifty-six years. And she had told him up until the last fire he’d run that he best not save any of his other former girlfriends, because she was not going to be left for some fire tramp.

Mrs. Fletcher heard the story being told and joined them to put her own embellishments on the tale. One man with a walker, but looking spry enough to be sixty, rose from his chair and held it for her to sit down.

At that moment, Gina waved for me to come over to the kitchen on the left-hand side of the hall. She wasn’t subtle about it, either, and if I didn’t hustle, she would start yelling at any moment. I hustled to her side because several police officers had just walked in to say good-bye to the deceased.

Since they traveled in packs, I was pretty sure my least favorite person, Chief of Police Burton, couldn’t be far behind, and I wanted to avoid him at all costs if possible.

“We need more sauerkraut. Can you hold down the fort, keep the sausages going until I get back? I have another tub back at the shop, but I don’t have anyone I can send to go get it.”

She was already untying her apron when I said,

“I can go get it. There’s no need for you to leave when you’re the one with the cooking smarts. Just give me the keys and I’ll be right back.”

I was so thankful she didn’t hesitate to dip her hand into her pocket for the keys. As kids, we’d been inseparable. Once Waldo came along, I’d been stupid enough to drop all my friends who didn’t fit in with my new status.

Waldo, whose real name was Walden Phillips III, absolutely hated that I called him Waldo. It made my day every time.

Anyway, once I’d moved out of Waldo’s house, I’d started working on reestablishing those relationships

I had let slip when I was Mrs. Phillips III. There was no denying I had been a stuck-up bitch during those years. Gina hadn’t been in the mood to deal with me at first. Yet, when I had called and eaten crow for the second time, it had been as if no time had passed, leaving me extremely thankful Gina hadn’t made me eat crow a third time. I didn’t blame her for giving me a hard time at first, because I had a lot of mistakes to make up for.

I put my hand out and Gina held the keys for just a second longer than she had to. The moment was here and gone within the space of two heartbeats. I counted them as I held my breath. Gina handed over the keys with a smile and a nod. “It’s in the refrigerator in the back next to the walk-in freezer. You shouldn’t have any trouble finding it: Follow your nose.”

“Be right back, then.” Now I was the one who removed my apron, grabbed my coat from its hanger, and strode out into the chilly night. The temperature had dropped since the gravesite part of the ceremony, while the wind had picked up. It was almost cold for a September night.

Dipping my face into the collar of my jacket, I picked up the pace to trot along the sidewalk. Fortunately, Bean There, Done That was not far away, only catty-corner across Main Street. I jaywalked, I admitted it, but nearly anyone who would have thought to arrest me for breaking the law was back at the fire hall, so I wasn’t too worried.

Shoving my hands deeper into my pockets, I took the final few steps to the front door. Something did not feel right about the place, but I shook it off as residual funeral pall. I made a mental plan for which light switch I would reach for and how I’d get back to the refrigerator. Although I knew the layout pretty well from the many times I had helped Gina close down for the night, I didn’t want to wander around in the dark.

Unlocking the front door with fumbling hands, I pushed through with my shoulder. Blessed warmth enveloped me. Standing in the darkened doorway for a couple of seconds, I let the warmth infiltrate my every pore, or at least the ones it could reach with my jacket on. I reached to the right and flipped the switch to turn on the overhead lights. 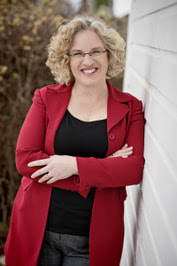 Misty Simon is the author of Cremains of the Day and Grounds for Remorse in the Tallie Graver Mystery series. She loves a good story and decided one day that she would try her hand at it. Eventually she got it right. There’s nothing better in the world than making someone laugh, and she hopes everyone at least snickers in the right places when reading her books. She lives with her husband, daughter and three insane dogs in Central Pennsylvania where she is hard at work on her next novel or three.

I absolutely love the cover because it's nice and inviting while murder and mayhem exist within the pages.