Today, we're shining the light on a new release (hit bookstore and virtual shelves yesterday, woo hoo! Happy belated!) from G.P. Putnam’s Sons Books for Young Readers.  It's a Middle Grade Fiction ﻿title with a SPOOKY edge that's just right for the reading season that's quickly descending upon us...like the mists in a cornfield filled with not-creepy-whatsoever scarecrows that mean us no harm at all because, come on, they're scarecrows!  Right?  😱  Right...so, with that being said, let's get to today's book of choice... 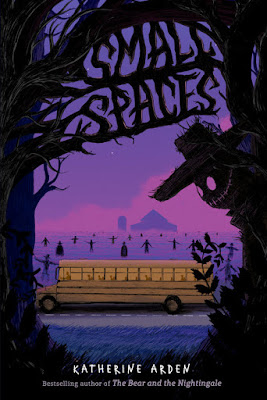 After suffering a tragic loss, eleven-year-old Ollie only finds solace in books. So when she happens upon a crazed woman at the river threatening to throw a book into the water, Ollie doesn’t think–she just acts, stealing the book and running away. As she begins to read the slender volume, Ollie discovers a chilling story about a girl named Beth, the two brothers who both loved her, and a peculiar deal made with “the smiling man,” a sinister specter who grants your most tightly held wish, but only for the ultimate price.

Ollie is captivated by the tale until her school trip the next day to Smoke Hollow, a local farm with a haunting history all its own. There she stumbles upon the graves of the very people she’s been reading about. Could it be the story about the smiling man is true? Ollie doesn’t have too long to think about the answer to that. On the way home, the school bus breaks down, sending their teacher back to the farm for help. But the strange bus driver has some advice for the kids left behind in his care: “Best get moving. At nightfall they’ll come for the rest of you.” Nightfall is, indeed, fast descending when Ollie’s previously broken digital wristwatch, a keepsake reminder of better times, begins a startling countdown and delivers a terrifying message: RUN.

Only Ollie and two of her classmates heed the bus driver’s warning. As the trio head out into the woods–bordered by a field of scarecrows that seem to be watching them–the bus driver has just one final piece of advice for Ollie and her friends: “Avoid large places. Keep to small.”

And with that, a deliciously creepy and hair-raising adventure begins.

A dash of Children of the Corn, a helping of Jeepers Creepers, and a WHOLE lot of heart, make this one PERFECT read for the season.  What?  You don't think SCARY stories can have heart?  Well, think again!

Ollie is a keep to herself, bookish, yet rough and tumble girl, not afraid to speak her mind, but preferring to stay outside the limelight.  I loved her from the moment we met!  She stood up for someone she didn't even particularly care for (yet!), laid claim to literature that was about to be destroyed (though if it had, I wonder how the outcome would have been affected?), lived her life truly and fully in spite of her recent loss, and was just all around one smart cookie...and trust me, she HAD to be with what she's about to encounter!  Don't get me wrong, she wasn't perfect...but really, WHO IS?  It's those faults, those missteps, those miscalculations that make us HUMAN...something that some only WISH they could be.  The challenges she faces are made a bit easier as she shares the load with unexpected friends, and a watch that has mysteriously taken on a life of its own (weirdness...but in a good way!), but don't think it's a stroll through the cornfield because yeah, no...DANGER!

Trust me, once things start rolling, you're not gonna want to put this one down...though perhaps you shouldn't read it at night...in the dark...all alone...near any cornfields or mazes.  *-*  Seriously though, SUCH A GREAT READ!  Ollie, Coco, and Brian are my new besties, as they are to each other...at least, if they make it through the mist...and passed his servants...and passed the smiling man... *gulp*  A great pick for any season, and a high recommendation for Middle Grade fans of all ages. 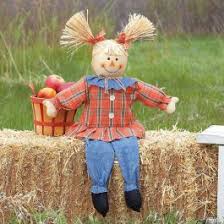 Born in Austin, Texas, Katherine Arden spent a year of high school in Rennes, France. Following her acceptance to Middlebury College in Vermont, she deferred enrollment for a year in order to live and study in Moscow. At Middlebury, she specialized in French and Russian literature. After receiving her BA, she moved to Maui, Hawaii, working every kind of odd job imaginable, from grant writing and making crêpes to guiding horse trips. Currently she lives in Vermont, but really, you never know.

Special thanks to Kathleen at Kathleen Carter Communications and the Putnam team for the copy for review as well as the chance to bring this to you.  (THANKS!)  For more information on this title, the author, or the publisher, feel free to click through the links provided above.  This title just celebrated its BOOK BIRTHDAY yesterday, so be on the lookout for it on a bookstore shelf or virtual retailer of your choosing.

This sounds good thank you, And a new Author for me too
Penney