Today, we've got our sights set on a Historical Fiction title currently making the rounds of the blogosphere with Rachel's Random Resources. It's a book that takes us back to the early 1900s when tensions ran high, and outsiders with accents were viewed as anything but friendly. Okay, so that doesn't sound too far off from some things we hear today, but I digress...let's get between the pages of today's blog tour guest and ebook of choice... 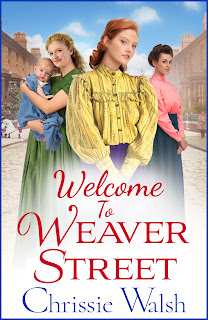 Welcome to Weaver Street
by
Chrissie Walsh
About the book...
Kitty and Tom Conlon arrive in Liverpool in July 1916 to claim the house Tom’s great-uncle has bequeathed him in his will. The move to England couldn’t have come at a better time. Dublin is in turmoil following the Easter Uprising and Kitty’s brother is now in prison.
The house in Weaver Street is all they hoped for, and after a shaky start with her new neighbours, Kitty believes the world is her oyster. Until that is, Tom is conscripted into the navy.
With Tom away, it’s up to Kitty and the women of Weaver Street to get each other through the war.
AMAZON
~~~~~~~~~~~~~~~~~~~~~~~~~~~~ 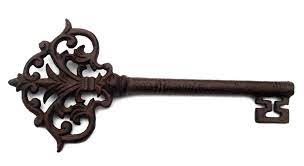 What starts as an adventure to see what an unexpected inheritance may hold, turns into a life path of challenges that will forever change their lives.
Kitty and Tom are a newly wed couple. They have hopes, they have dreams, they have desires, but above all...they have each other, and with young love, that's more than enough. When a relative of Tom's passes, he gains the deed for an unexpected dwelling...and upon deciding to investigate things in person, they set themselves on a new path they could never have foreseen. Strangers in a strange town, but a step above that because there's a war going on and their accents set them apart from the local scene...and not in a good way. There are plenty that voice their opinions and several that have what they consider good reasons for the way they act, but in the end, they're prejudice against them both is not their undoing. No that is brought on by themselves in the distance they allow to grow between them, the pride they let get in the way of necessity, the honesty that flees in the face of lies, and the trust that is broken beyond repair. How and when is along the way...but in the end, a comeuppance comes, and despite being dark, despite being gruesome, despite being wrong on several levels, it fits rather right with all that transpired.
So take a journey far from home to a place that could be paradise...if only we aren't blinded by all that glitters to the things and PEOPLE that are most important.
~~~~~~~~~~~~~~~~~~~~~~~~~~~~
About the author...

Chrissie Walsh was born and raised in West Yorkshire and is a retired schoolteacher with a passion for history. She has written several successful sagas documenting feisty women in challenging times for Aria. Welcome to Weaver Street, the first title in her new WW1 saga series for Boldwood.
FACEBOOK  |  TWITTER  |  BOOKBUB
~~~~~~~~~~~~~~~~~~~~~~~~~~~~

Special thanks to Rachel at Rachel's Random Resources for the chance to bring this tour to you as well as the ebook for review. (THANKS!) For more information on this title, the author, this promotion, or those on the horizon, feel free to click through the links provided above. This title is available now, so click on over to your favorite online retailer to snag your copy today and be sure to check out the rest of the tour for more bookish fun!