Get ENTANGLED in your weekend reading! 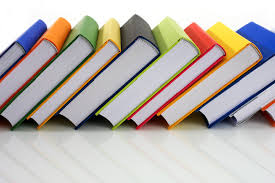 Alright, so is it just me or is July going by UBER fast?  I mean there seems to be so much going on that it's hard to keep up, and that's especially true when it comes to reading!  How so?  Well, let me tell you that there have been copious amounts of FABULOUS, WONDERFUL, SCREAM IT FROM THE MOUNTAINTOP books coming out, and I'm treading virtual water to get them all covered!  Why do that to myself?  HONESTLY, you think you'd know a person after all these years... 😉 ...but seriously, I LOVE a good book, and it's REALLY HARD to say no, or not right now, and so, today's post has come about!
What all of that means to you is you get a FABULOUS ASSORTMENT of titles from my recent reading adventures.  What that also means, if you haven't already gleaned it from the post title, is that I'm focusing in on the fabulosity that is Entangled Publishing this time around because HAVE YOU SEEN ALL THE GREAT TITLES THAT HAVE COME OUT RECENTLY 😍?!  I mean, it's mindboggling, and yet I'm in utter bliss because of those same said titles.  If you follow my other social media feeds, you've seen these books teased in some fashion or another, but today, I'll put it all together in one spot, with a little more meat to tantalize and tease, and let's face it, more fangirling, because my excitement doesn't stop at the introduction!  Ladies and gents, prepare for bookish feast... 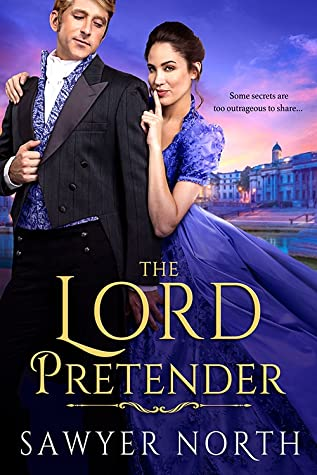 The Lord Pretender
by Sawyer North
9781649372871
Entangled Amara
ROMANCE
Released:  June 20th, 2022
Think a Historical Romance version of Freaky Friday with a dash of revenge, and a romance twist.  While that particular aspect (the body swap...err, spirit swap?) was unexpected, and a but unusual, it served its purpose in showing them both what it was really like to walk in the others shoes, live in their stations, love in their time.  Emma and Simon are characters you can't help but love, even when one is out to get the other for reasons that seem perfectly sound...at the time...but their eventual coming together isn't just a matter of feelings confessed.  It's something on a BIGGER scale, more befitting their stations and circumstances that certainly makes a splash! A few moments, but nothing overtly steamy.
~~~~~~~~~~~~~~~~~~~~~~~~~~~ Stealing Infinity (Stolen Beauty, Book 1)
by Alyson Noel
9781649371508
Entangled Teen
YA FANTASY
Released:  June 28th, 2022
Take a trip to Gray Wolf Academy...and have the time of your life...or is it the life of your time?  I get that confused.  (LOL!)  Seriously though, this is a topsy turvy time tripping read that let's you see just how far some will go to have everything they ever wanted...but it being the first book and all, I'm pretty sure the lesson will be on THEM, not our leading lady.  (Just a hunch.)  After all, you can control a lot of things in this world, but PEOPLE...like effectively and shutting down their own desires, wants, needs, and thoughts...I don't care what kind of great thinker you are, never gonna happen.  Natasha is just the girl to prove me right too!  Sure, she missteps several times over, but that's the thing about being human, we make mistakes...and it doesn't help that she's trying to get her mind wrapped around the INSANITY that is the academy anyway.  I mean the things they can do, the things SHE can do, the way the people are really only looking out for number one...though Braxton may be an exception, but I'm still not quite sold on him, devilishly handsome as he may be...it's definitely jumping into the slipstream with both feet.  Can't wait to see what's in store for them next...at least those that are still there.  Oh an there's definitely a bit of sparkage between Braxton and Natasha, so watch for the fireworks!
~~~~~~~~~~~~~~~~~~~~~~~~~~~~ 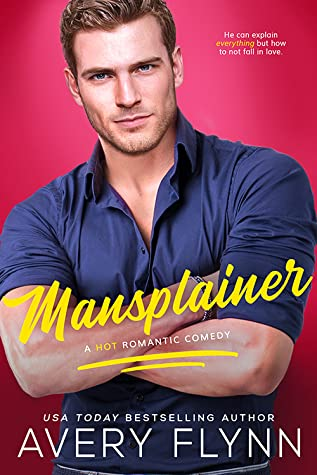 Mansplainer (Last Man Standing, Book 3)
by Avery Flynn
9781649370167
Entangled Amara
ROMANCE
Released:  June 27th, 2022
This has been a great series filled with the misadventures of three cousins not looking for love in order to win a bet.  Sound strange?  Well, the prize was the last gift from a beloved family member that is no longer with them, and that, if anything, goes to show how important family is to this trio.  Anywho, I read the first book (Neanderthal), skipped the second (Mama's Boy), and arrived at this one, the third and final installment.  Was it worth the wait?  Yes indeed!  Beckett knows everything, and explains EVERYTHING (hence the title!), but actually has good intentions...he just can't seem to see how all the free advice is perceived by the recipient...again, hence the title.  Chelle is just the woman to give him a makeover, of sorts, and in return, she'll get the help she needs to break out of the skeazy patriarchal tripwire in her father's will.  Honestly, trying to "put her in her place" from the grave?  How low CAN you go?  But, she's a woman not to be toyed with, and she'll get what she desires...and then some because she SO doesn't see Beckett coming!  Let's just say this one is a bit hotter than a few of the others, I've mentioned, so beyond blush worthy a time or two, but the story is not to be missed!
~~~~~~~~~~~~~~~~~~~~~~~~~~~~ First Bride to Fall (Majestic Main, Book 1)
by Ginny Baird
9781649372239
Entangled Amara
ROMANCE
Released:  June 28th, 2022
Nell and Grant.  Grant and Nell.  Honestly, when I was reading this one, I kept forgetting it was Contemporary because of the notions suggested to save the business!  I mean, I suppose people do marry for convenience, but sight unseen?  No meet cutes, or meetings at all?  Yeah, a bit from a different age, but nevertheless, it was an idea put forth in desperation, that these three sisters can't seem to find a way out of...or can they?  I love the goals they set themselves to break out of the forced commitment, though I have a feeling Nell would have stepped up anyway, but I also love how it forced Nell out of her comfort zone.  She was trying SO HARD it hurt, but it was sweet, and even Grant couldn't pick at her for that...at least until the old saying loose lips sink ships comes to pass and he tries turning the tables on her "get married quick" scheme by becoming a chauvinistic a-hole of the grade A variety.  Oh. My. Word!  I don't know how she kept her you-know-what together, but more power to her...and the way things turn out by stories end, you couldn't want for more.  Heat level in this one is a little sparkage, but nothing more...it's sweet though and filled with emotion.
~~~~~~~~~~~~~~~~~~~~~~~~~~~~ 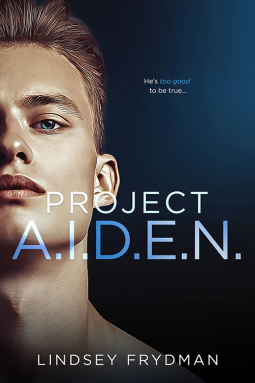 Project A.I.D.E.N.
by Lindsey Frydman
9781640636798
Entangled Teen
YA SCI-FI
Released:  July 4th, 2022
I don't read a lot of Science Fiction, in any genre, but when I read about this release, it HOOKED me.  I'm so glad I went with that feeling because it was REALLY GOOD!  Aiden was a conundrum...human, or human like?  That was the debate behind the scenes, but up close and personal with Elena, he had more heart than your average guy...not that he was average in ANY department.  Looks, strength, skill...he was a walking want ad for everything you might desire, but he struggled with an overheard conversation about his fate, worried about who he could really trust, and ended up ultimately making the most human choice possible.  To start to fall for the one person he shouldn't probably in the ENTIRE WORLD because yeah, the long arm of the law is nothing compared to a pissed off creator, or someone's father.  Lots to love about this short, yet compelling story, so even if you're not big in the subgenre, give it a read!
~~~~~~~~~~~~~~~~~~~~~~~~~~~~ 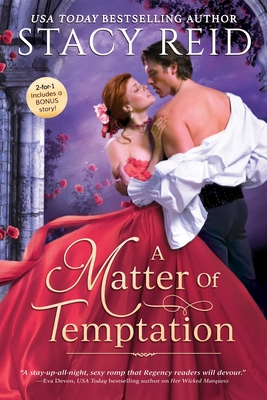 A Matter of Temptation (Book 1)
by Stacy Reid
9781649372246
Entangled Amara
HISTORICAL ROMANCE
Released:  June 28th, 2022
If you know nothing about a book or the author, you check out the cover and the synopsis. Visually, this one gets mad props, but summary wise...there is SO MUCH MORE than what it gives you, I want to scream it from the rooftops!
You'll fall in love with the brother and sister duo, laugh at the assistance received for a bit of trickery, and hold your breath that the scheme to save them all ACTUALLY works. You'll bluster at the Earl trying to set things to right in his own way, be unable to deny his appeal especially with his progressive ideas and desire to help the common man or woman, raise a brow at his attempt to fire Mina "for her own good", while gasping at the direction their interactions take. It's a story with so many facets, it might as well be a diamond of the first water...and yet, while those may be flashy, they can also be more flash in the pan, and this story, this duo have staying power!
A great read this summer or any time of year with an intriguing story, wit, wisdom, laughter, love...and enough sparks to set the page afire (so yes, we've got some heat)! Regency Romance fans take note, this one is most definitely not to be missed!
~~~~~~~~~~~~~~~~~~~~~~~~~~~~ 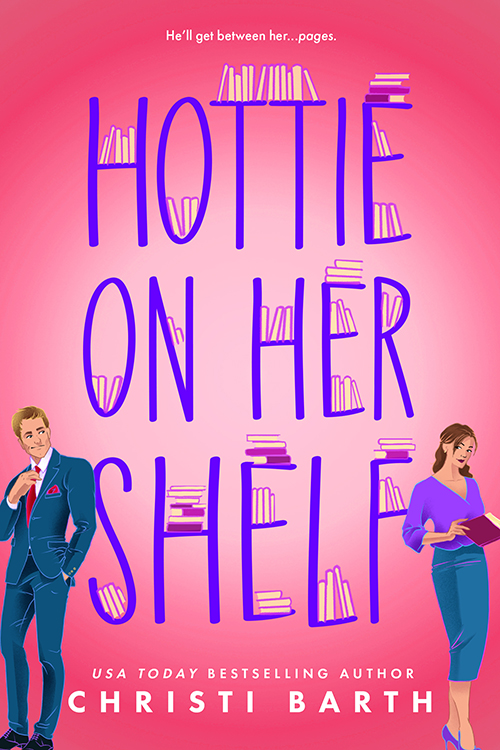 Hottie on Her Shelf
by Christi Barth
9781649373601
Entangled Amara
ROMANCE
Released:  July 11th, 2022
Last, but certainly not least, my latest read in this set that features the golden boy Mayor Montgomery (aka Fitz), and the town...librarian?  Yes indeed!  You know you love a good story featuring books, or bookish people, and this one has a splash of both making a wonderful concoction you want to bottle and sell!  Loved the family legacy running the town, yet how Fitz wasn't really one of them.  There was so much good he actually wanted to do, and yet rocking the boat, even in his privileged world, wasn't an easy thing to do!  Enter, Hallie Scott...his new running mate for town Mayor.  He's run uncontested for his last two terms, as have the Montgomery's before him, but leave it to this disheveled, but golden hearted librarian to inadvertently shake things up.  She reminds him why he does what he does, or rather of the dreams he's cast aside to do what he does for the family, and he can see that while yes, she's a hot mess when it comes to campaigning, she's got the raw material.  I love how despite running against one another, they are able to acknowledge what could be between them, and that their platforms are not truly who they are, but rather things they stand for.  The separation of the mayoral candidates and Fitz and Hallie was sweet (and sometimes spicy!), but a great new way to take on the political arena...too bad it doesn't play out in the real world!  Another fun read with heart, snark, and a bit of heat, perfect for a summer escape!
~~~~~~~~~~~~~~~~~~~~~~~~~~~~

Massive thanks to Riki and the Entangled Publishing team for the eARCs for review!  (THANK YOU!)  They are amazing folks repping some fantastic authors, so if you haven't checked them out, I sincerely hope you do.  All the titles above are available now, so click on over to the publisher's site (linked above!) or your favorite online store to snag your copies today!
Until next time, remember...if it looks good, READ IT!
Posted by Gina at 1:20 AM