Time for round two in today's trio of bookish fun! Our second visitor of the day comes to us, once again, via Rachel's Random Resources, and brings us a glimpse between the pages of a book that once again brings us a family stretched to its limits as it's individuals reach for the stars, whilst one among them seemingly wants to bring them all crashing down. After the intro, KEEP READING as we have a special excerpt to share just for you! Ladies and gents, make way for today's blog tour guest and title in the spotlight... 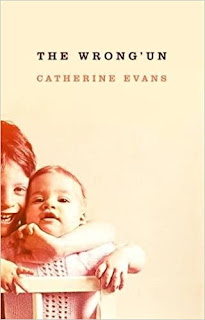 The Wrong’un
by
Catherine Evans
About the book...
Meet the Newells, a big family of good lookers and hard grafters. From their sleepy working class backwater, the siblings break into Oxford academia, London’s high life, the glossy world of magazine publishing and the stratospheric riches of New York’s hedge funds.
Then there’s Paddy, the wrong’un in their midst, who prefers life’s underbelly.
As things fall apart around his sister Bea, is Paddy behind it all? And why does matriarch Edie turn a blind eye to her son’s malevolence? Will she stand by and watch while he wrecks the lives of her other children? Just how much is she willing to sacrifice to protect her son?
AMAZON  UK  |  US
~~~~~~~~~~~~~~~~~~~~~~~~~~~~~
~~~ EXCERPT ~~~
Edie, now elderly, recalls a visit to her son Paddy’s headmaster, Arthur Penharris. She begs Penharris not to expel her son, who is responsible for such severe burns to a classmate’s head that the little girl has been hospitalized. Paddy is only eleven years old at the time, and Penharris recognizes the danger that he poses. This passage reveals something of Paddy’s early life and origins, and also shows the depths to which Edie will stoop in order to protect him.
I tottered to the school and knocked on Penharris’s door. He stood up as I went in. He was a very tall man, and towered over the desk as he shook my hand. His fair hair was lit up by a shaft of sunlight, giving the room its only bit of colour except for the pictures of his daughter and departed wife on a shelf behind his desk.
‘Come in, Mrs Newell. Please sit down.’ He was awkward, all limbs, like a big blond spider. ‘Thank you for coming. Would you like some tea?’
‘No thank you very much,’ I said, sitting ramrod straight in my chair. I waited for him to speak.
‘I’m sorry your husband couldn’t make it.’ I’ll bet you are, I thought. ‘I was hoping to speak to you both. You know Patrick’s been in trouble several times since the incident with the Wilkes boy. I’ve had experience of hundreds of children over the years, and my own daughter’s behaviour was very troubling after my wife died, but this…’
‘How is she?’
‘She’s very well, thank you for asking.’ He fell silent.
‘She’s in my Sammy’s class. He says she’s a bright one.’
‘She wants to become a teacher.’
‘That’s nice,’ I said. ‘She’s only ten, though. Maybe she’ll change her mind.’ In those days I believed teaching was a cop-out for those who couldn’t think of anything better to do.
‘Perhaps. Mrs Newell, we must talk about Patrick’s—’
‘All kids play with matches,’ I said. ‘I’ll own what he did was wrong. And I feel terrible for the little girl. But he surely couldn’t imagine how bad it would be.’
‘The girl has third-degree burns on her head and neck, and she burned her hands trying to put out the flames.’
‘I can’t work it out. I can’t think how her hair could burn so quickly.’
‘He poured lighter fuel on it first.’
‘Jesus!’ I said, my hands flying to my mouth.
‘He stole it from the janitor’s cupboard. There’s no easy way to say this, Mrs Newell, but, as I told you before, Patrick requires help. Special help that this school is not equipped to provide.’
‘There’s nothing wrong with him! He’s a born scapegoat, that boy. You should support him, not gun against him. That’s what everyone does. Even his own brothers.’ If it wasn’t so shaming, I’d have told him about Paddy’s start in life. Instead, I said, ‘Try to walk around in Paddy’s shoes. All his brothers are so clever. They make friends at the drop of a hat. His little sister wraps everyone round her little finger. Paddy’s more sensitive, and quieter, and doesn’t have many friends.’ In fact, he had none.
‘Oh, Patrick’s clever all right. He channels his intelligence in a different way. He has a tendency to sniff out weakness and exploit it. He picks on those children with exactly the attributes you ascribe to him. The ones that are quiet, and sensitive with not many friends. It’s my job to protect those children.’
‘There’s already a wall between him and his brothers. His sister too, and she’s only a year old. Sending him to a different school will make things worse.’
He looked at me properly for the first time. His pity was infuriating.
‘So what do we do? Same as last time?’ I said.
He looked down, then redirected those blue eyes at me. ‘What happened the last time you came to see me is something I truly regret. It was unforgivable. I only ask that you try to forgive me all the same.’
‘I could have got you the sack.’
‘Yes. You could.’
I felt another pang. I’m not a liar, to myself or to anyone. I had taken advantage of his loneliness, to do what I could for my poor Paddy. On the desk that separated us right then. Beneath the photos of his daughter and his dead wife. He’d clung to me like a man drowning, and had cried afterwards. If just a whiff of it got out it wouldn’t matter who was right or wrong. If George found out that would be the end of us. Penharris was too much of a gentleman to call stalemate.
‘Please, Mr Penharris. Paddy’s got to live with the other kids. You chucking him out will make his life a misery.’ It was the closest I’d come to begging in my whole life.
‘I think you’ll be surprised,’ he said gently. ‘I don’t think it will affect him as much as you may think. He doesn’t seem to care whether he has friends or not, and isn’t remotely concerned about the good opinion of anyone, unlike the rest of us.’
‘You’re making him out to be some kind of monster!’
~~~~~~~~~~~~~~~~~~~~~~~~~~~~~
About the author... 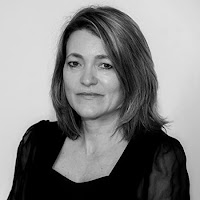 Catherine Evans is the author of The Wrong’un, and Editor of fictionjunkies, which publishes book and short stories online by authors around the world. She’s a trustee of the Chipping Norton Literary Festival, and lives in Oxfordshire. She’s married with a daughter and three stepdaughters.
INSTAGRAM  |  FACEBOOK  |  TWITTER  |  SITE
~~~~~~~~~~~~~~~~~~~~~~~~~~~~~
YOUR CHANCE TO WIN...
...(1) of 5 paperback copies of the book for a Book Club group
(Open to UK Only)
*Terms and Conditions –UK entries welcome. Please enter using the Rafflecopter box below. The winner will be selected at random via Rafflecopter from all valid entries and will be notified by Twitter and/or email. If no response is received within 7 days then Rachel’s Random Resources reserves the right to select an alternative winner. Open to all entrants aged 18 or over. Any personal data given as part of the competition entry is used for this purpose only and will not be shared with third parties, with the exception of the winners’ information. This will passed to the giveaway organiser and used only for fulfilment of the prize, after which time Rachel’s Random Resources will delete the data. I am not responsible for despatch or delivery of the prize.
a Rafflecopter giveaway
~~~~~~~~~~~~~~~~~~~~~~~~~~~~~~ 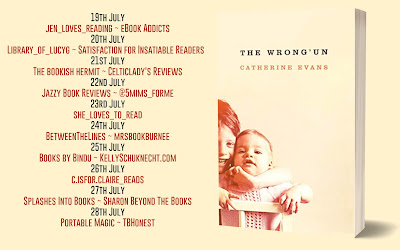