Today, we're getting real, and by that I mean our BOOK SPOTLIGHT is shining on a TRUE LIFE story currently on tour with Rachel's Random Resources. It's a book that shares the life and times of the author's grandfather. From entertainer to prisoner of war to being buried alive, it takes us behind the eyes of what sounds like a remarkable man. Ladies and gents, I give you today's title in the spotlight... 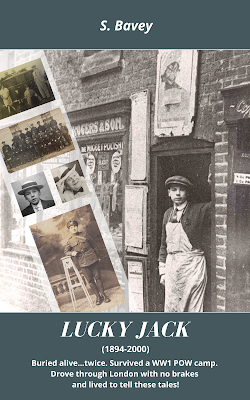 Lucky Jack (1894 - 2000)
by
Sue Bavey
About the book...
"One of the perils of being a sniper during the First World War was the likelihood of a grenade going off right next to you and burying you alive”.
Meet Jack Rogers. Born in 1894, he once locked eyes with Queen Victoria and was one of the first travellers on London’s ‘Tube’. An early car owner, he had many escapades on his days out to Brighton, including a time when his brakes failed and he had to drive through central London without them!
His skills as an entertainer earned him popularity throughout his life, and kept him out of the deadly mines while a prisoner during the First World War. At the tender age of 103 Jack earned the title of ‘The World’s Oldest Columnist’ as he began dictating his life’s exploits to a reporter from the local newspaper.
---> GRAB YOUR COPY TODAY <---
~~~~~~~~~~~~~~~~~~~~~~~~~~~~~~~
About the author... 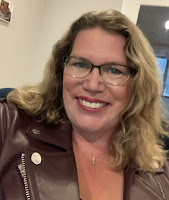 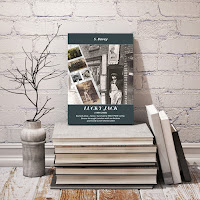 ...a SIGNED copy of Lucky Jack (1894 - 2000)
(Open to US Only)
*Terms and Conditions –US entries welcome. Please enter using the Rafflecopter box below. The winner will be selected at random via Rafflecopter from all valid entries and will be notified by Twitter and/or email. If no response is received within 7 days then Rachel’s Random Resources reserves the right to select an alternative winner. Open to all entrants aged 18 or over. Any personal data given as part of the competition entry is used for this purpose only and will not be shared with third parties, with the exception of the winners’ information. This will passed to the giveaway organiser and used only for fulfilment of the prize, after which time Rachel’s Random Resources will delete the data. I am not responsible for despatch or delivery of the prize.
a Rafflecopter giveaway
~~~~~~~~~~~~~~~~~~~~~~~~~~~~~~~

Special thanks to Rachel at Rachel's Random Resources for the chance to bring this tour to you. (THANKS!) For more information on this title, the author, this promotion, or those on the horizon, feel free to click through the links provided above. Be sure to check out the rest of the tour for more... 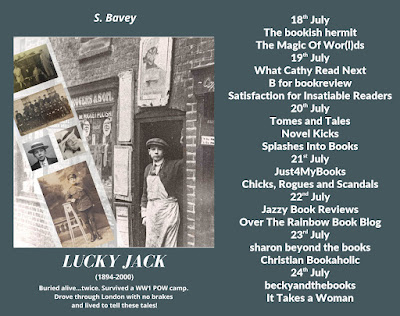 Thank you for a lovely Spotlight!