Hi guys!
Welcome back to Satisfaction for Insatiable Readers.
Today's review is coming in HOT.  How so?  Well, let's just say that while the team in today's featured title tries to pull a win out of you-know-where, some book enthusiast you know did a marathon read of this same said title in just under 4 hours...and is typing the review quite literally after having finished.  WHEW!  Yep, I'm tired, but I'm also ENTHUSIED, EXCITED, and so happy to share this book with all of you because while at first glance it appears to be for sports fans alone, it has SO MUCH MORE going for it than you'll ever know.  Well, okay, more than you knew before you started reading my post.  So, batters up!  It's time to take your reading game to the next level with today's title in the spotlight... 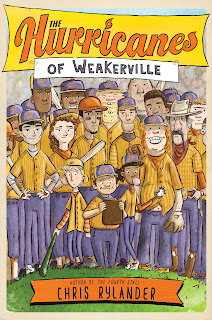 The Hurricanes of Weakerville
by
Chris Rylander
9780062327505
Walden Pond Press
About the book...
All his life, Alex Weakerman has had one passion: baseball. Specifically, the Hurricanes of Weakerville, Iowa—the scrappy independent-league team owned by his Grandpa Ira.
Even as team and the town have fallen on tough times, there’s no place Alex would rather be than at the ballpark—a hot dog in one hand, a pencil and scorebook in the other, keeping track of each and every statistic. Alex has never been all that great at playing baseball, but that doesn’t matter. For someone as painfully awkward as Alex, being a fan—and a wiz with baseball stats—is all he needs.
When Grandpa Ira passes away, though, Alex is crushed. He’s lost his best friend, and he doesn’t see any way that the team will survive. But Ira, it seems, has one last trick up his sleeve: his will names Alex the new manager of the Hurricanes.
Alex is as excited as he is terrified at the chance to finally put some of his fantasy baseball genius to use. But as he sets to work trying to win over the players, he soon learns that leading them to victory is about more than just stats. Will he be able to save his team, his hometown, and his family legacy?
⚾     💚     ⚾     💚     ⚾     💚     ⚾     💚     ⚾ 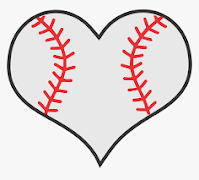 Weakerville had its grand start like all small towns.  Someone bought a bit of land, brought about a few businesses, discovered something to build upon, and POOF...a town is born.  Legends though...now those take more time, more thought, more heart, and this story houses a BIG one at that.
At first look, this is a story about a small town baseball team that's run out of luck, and run off the fans, leaving only the diehard believers behind in the bleachers to carry on the torch of their withering fandom.  Alex and his grandpa Ira were just such fans, but in truth, it was always more than just a game, more than just a way to pass time, and more than a collection of stats to decide whether the win was right around the corner, or the biggest lose was staring them down.  It was about spending time with friends and family.  It was about creating memories and traditions.  It was about celebrating the love of a game and watching players that truly enjoyed what they were doing, do it at their very best.
When Alex loses Ira, it seemed like we might lose him.  He was already struggling with life, with confidence, with making friends...but his grandpa was a wise old soul.  He knew what he was doing even when the odds seems so far out of his favor they weren't even in the same playbook, and you know why?  It wasn't because he was graced with some all knowing power, or foresight; it was because he BELIEVED.  He believed in a game that could build the bridges between generations.  He believed the underdog could have their day.  He believed in doing right by people, and playing the game instead of the numbers.  Most of all...he believed in Alex, and that's something that no one, not even Alex, could take away once given.  Watching Alex muddle through everything that comes his way was challenging, but the growth he experiences, the truths he realizes, and the friendships he makes were well worth the struggles.
So pick up this story because it looks good, catches your eye, or you're a big fan of the game...but stick with this story because the messages it has to share are so much more important than the final score, and a great reminder of the bigger things in life no matter your age.
⚾     💚     ⚾     💚     ⚾     💚     ⚾     💚     ⚾
About the author.... 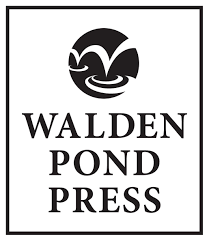 Special thanks to the Walden Pond Press team for the ARC for review! (THANKS!) For more information on this title, the author, or the publisher, feel free to click through the links provided above. This title is available now via Walden Pond Press, and imprint of HarperCollins Publishers, so click on over to your favorite online retailer, or visit your local brick and mortar store today to snag your copy and start the adventure! Be sure to check out the other sites on this tour going on now in the blogosphere….
6/21 Nerdy Book Club @nerdybookclub
6/22 A Foodie Bibliophile in Wanderlust @bethshaum
6/23 Teachers Who Read @teachers_read
6/27 LitCoachLou @litcoachlou
6/28 Bluestocking Thinking @bluesockgirl
6/29 Walden Tumblr @waldenpondpress
7/1 Satisfaction for Insatiable Readers @grgenius
Until next time, remember...if it looks good, READ IT!
Posted by Gina at 2:13 AM