Today, we're back with Rachel's Random Resources as we host a stop on her current tour featuring the work of author Josie Bonham. The name sounded familiar when I came across the promotion, so I dove back into my own reading, and discovered I had read another of her works, once upon a time.  Would this one live up to my expectations?  You're about to find out...and so, if you're a Historical Fiction, or Romance fans, I invite you to come closer to the screen and take a look at today's ebook of choice... 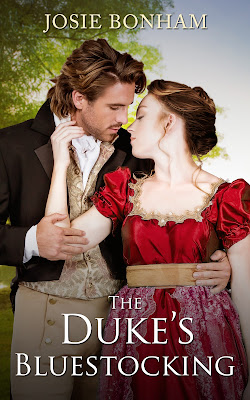 The Duke’s Bluestocking
by
Josie Bonham
About the book...
Temptation like never before for the fashion-loving bluestocking when she meets an unconventional duke.
Headstrong Grace Bamford is determined to remain unwed and keep her independence. Which means interesting, marriageable men are best avoided. Her classical studies and philanthropy are more important to her than a husband and a lot safer.
Angus Medley's life is turned upside down when he unexpectedly inherits a dukedom. He is wrenched from the career he loves as an Edinburgh advocate to take up responsibility for the Duchy of Evesham and the people relying on it for their livelihoods.
Grace rescues Angus from a knife-wielding attacker outside the London orphanage she helps to run. He dismisses the attack as a failed robbery but Grace suspects foul play. Is someone from Angus's past trying to kill him? Grace offers to help him investigate, concerned for his safety, even though it means spending time with the most attractive man she has ever met.
Marriage is the last thing on Angus's mind as he grapples with his new responsibilities and his hidden enemy, until he falls in love with Grace. Will Grace find the courage to follow her heart?
Georgette Heyer meets Mary Balogh in this romantic adventure.
AMAZON  UK  |  US
~~~~~~~~~~~~~~~~~~~~~~~~~~~~
Okay, so here's the nit to my grit...the bares bones of my review.
I love the cover.  I love the characters.  I love the overall story.  I didn't love the length of time it took to get that story progressing...but once it did, it came together like a moth to a flame, and the ending was a perfect match.  There.  How's that?  What...you want more?  Happy to oblige!
As I said, the cover is lovely...gorgeous colors, a beautiful couple, and the promise of that magical moment coming to pass captured just before said magical moment.  The characters...why, I think these are some of my favorite actually!  Grace and Angus would have obviously come together naturally without the interference of her brother, aunt, or anyone else, for that matter, but having to put their two cents in set these two on a much longer, bumpier road than strictly necessary.  Grant it, it was well worth following, but so much more happiness could have ensued, if they had just held their tongues!  I adored the strength of Grace's character, and how she wasn't afraid to stand out in a crowd, or make the ton gossip.  I loved how Angus was at ease admitting his lack of knowledge in areas pertaining to the ranks, and such, and was happy to accept the assistance of those that he trusted in order to better himself and his household.  He was charming without being overbearing, and it was wonderful to see just how well he and Grace would work...if they ever got passed everything else going on.  You couldn't help but want to see them both happy, and together would be all the better!
All in all, a great story (as I said!) with memorable characters that endear themselves to you in both action and word.  The forward motion of things is carried on through murder attempts, investigations to uncover who is behind the threats, the placement of orphans into paid stations to improve their futures, and potentially love...so yes, a bit of something for everyone that calls this genre their own!
~~~~~~~~~~~~~~~~~~~~~~~~~~~~
About the author... 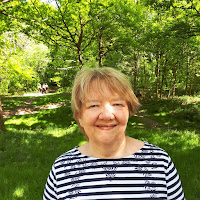 Josie lives in the English midlands, surrounded by towns full of history such as Evesham, Stratford-Upon- Avon, Warwick and Worcester. Which is perhaps why her favourite reads are historical. Out of all the periods to choose from the Regency Era stirs her imagination the most. The true Regency lasted from 1811 until 1820 but dates as wide as 1789 to 1837 have been included in the extended Regency period. For Josie the true flavour of this period emerges after the iniquitous hair powder tax of 1795, unsurprisingly, scuppered the fashion for hair powder almost overnight.
Josie has always dabbled in stories but it took the combined efforts of her sister and eldest niece to set her on the path to writing novels. Her Regency romances, with a dash of adventure and intrigue, are the result.
SITE | TWITTER | FACEBOOK | INSTAGRAM
~~~~~~~~~~~~~~~~~~~~~~~~~~~~ 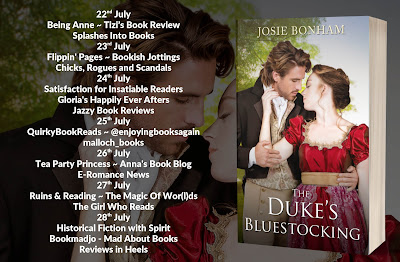