Hello!
Welcome back to Satisfaction for Insatiable Readers!  Yesterday we had a great blog tour swing through featuring the wildly fantastical work of author Martin Chatterton and featuring his most recent book The Brain Full of Holes.  If you didn't get a chance to read the post, might I suggest pausing a moment to do so....there's a review, guest post....plus your chance to win a copy of the book!  Go ahead...check it out....I'll wait right here....  Oh, and while you're at it, don't forget that we have a contest from another great author, Nancy Holder, to win a SIGNED copy of Possessions plus a copy of the newly released sequel, Possessions 2:  The Evil Within...which just happens to be open internationally.  Once you return to this page, we shall resume..... ~~Theme music anyone?  Click here... ~~

Today's post is sort of on auto pilot....how so?  Well, let's just say that a certain Insatiable Reader (moi) might have attended a fairly long movie fest (Twilight and New Moon shown back to back in theater) followed by a midnight premiere (Eclipse...woo-HOO!) and still be sleeping at this hour (if not sleeping than definitely resting and perhaps reading)...ahem.  So, I give you the post today from my mind to the site featuring a novella from the infamous author herself, Stephanie Meyer....befitting no?  Today's book of choice is.... 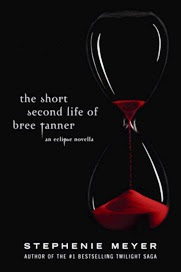 The Short Second Life of Bree Tanner
by
Stephenie Meyer


Bree Tanner.  Young girl with budding ambitions, seeking her dreams of life, love, and....joining the undead.  Umm, okay so perhaps it's not all candy and roses.  Let's set the record straight.  Bree Tanner was NOT the perfect angel (in more ways than one) before her unlawful rebirth into the world of 'the Cold Ones'.  Bree Tanner was NOT seeking an escape that would take her from the dark world she lived in....her thoughts were merely for the moment, the place most teens live.  One more thing....Bree Tanner may have been gullible and easily manipulated to an extent, but she was NOT stupid.


In this companion novella to the Twilight series, fans learn more about the young girl vampire Bella comes into contact with in Eclipse.  From her life before and after the change, all leading up to that faithful day in which she...well, if you've read the third book you know what path her life takes (otherwise, NOPE...not gonna spoil it).  Here, we get a chance to see what truths and half-truths the newborns were told as the devious plan she (she being Victoria, though the newborns are never actually told that, with good reason too...) devised was being set into motion.  We also see that the Volturi's hands are not quite as clean as one may have thought in this instance, a fact that may or may not surprise you (when are they ever really, right?).  A disturbing aspect of Riley's relationship with her comes to light (so to speak) as well as a new character that managed to slip away....leaving this reader wondering what happened to them?  Are they still out there?  Where's their story?  Speaking of that... 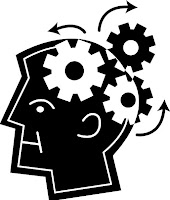 Okay, so I've hinted and I've mentioned, but haven't really come out and actually discussed it.  Discussed what?  The bookish beasty (...meant totally in a good way like 'the Beast' in the movie with Belle, not the 'Wolfman'...) that is the world of Twilight.  I mean does anyone really understand the magnitude of the world Stephenie Meyer has created? Think about it. She could honestly go on fleshing out (pardon the pun) the characters she has created and continue adding on to her current success without ever having to create another fictional world...with fans perfectly content AND clammoring for more. There's not that many books or series that you could truly say that about....I mean, yes, there are others, but they are fewer rather than more, in numbers.  It just boggles the mind, or my mind at the very least. 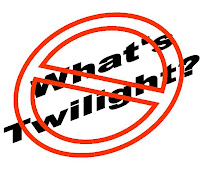 Anywho, rabid fandom aside, one thing is certain about this book...it is NOT for the outsider; meaning if you haven't read the series, it's probably not going to make much sense to you.  You really need to have read through book 3 (Eclipse, just in case you didn't know...hey, there are some people that still haven't read it) in order to follow what's going on, otherwise it's too vague and Bree's tendancy to question things (no, make that everything) can be a bit grating.  Having read all of the books in the series (at least once), I can honestly say that I enjoyed slipping back into this familiar world and grandly welcome the next adventure this author brings our way.  Whether it be the much talked about and wished for Midnight Sun (basically Twilight but from Edward's perspective...the sample on her website....VERY GOOD) or the contiually pushed back Twilight Saga (may not be the finalized title, but it's the one this story was suppose to be a part of initially that tells the back story and more about this literary creation).  One way or the other we have things to look forward to from this series for future reads. 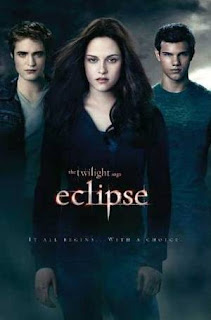 Highly recommended reading for fans of the series and for those that have yet to give it a try, seriously...what's holding you back?  For those that just haven't had a chance to pick this one up yet, you still have time to check it out online at the official site...it's available to read for free as a thank you to fans through midnight July 5th.  If you do decide to purchase a copy, the publisher is donation $1 for every physical book sold to the American Red Cross.  As for me....I'm still reveling in the movie release fun and contemplating how I can fit a re-read into my current schedule for this series (hehe).

Anywho - commonly used here in the north east of England, I was surprised at your usage of it. I'll make an honourary Geordie of you yet.

An interesting review, I enjoyed the Twilight books but am loathe to read any of the 'spin-offs' - why I don't know. Maybes deep down I'm worried about overkill of the story, believing things should be left on a high note and not dragged out.

I LOVE all things SM. I love her writing; the engaging characters, the simplicity of the writing, and the fantastic plots.
I took the day off work to go to Eclipse :)

Okay...you've made my decision and I'm going get this one today! Awesome review!

Believe it or not, I have yet to pick this up! I'm dying to read it though and your review just makes me want to run over now and get it. I'm making a book run tonight and I think this is on the list.

I hope you had a fantastic night last night! Get some rest! :o)

Petty Witter: Really? I had no idea...would be honored if I reach the status. ^_^ Normally I cringe at spin-offs myself, I mean in TV land they don't usually fair well so book wise the same can follow suit, Surprisingly though this one came through for me. ^_^

Juju: You too? LOL. Yes, took the day before and day after. TOTALLY worth it. ^_^

Kris: YAY! Would love to hear what you think when through... (and thanks!)

The1stdaughter: That's great! Would love to hear your thoughts on it...definitely got some rest, but not too much. Had to enjoy the time off too! ^_^