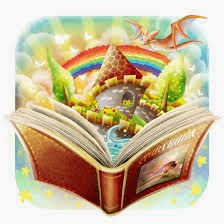 Today, we're tackling a title that's part storybook, part learning tool, but it all adds up to an edutainment title aimed at the kiddos, yet suitable for all ages.  Did you get all that?  Good...now for the rest of the 'good'.  It comes to us via Crown Books for Young Readers and having released in March, I'm a little slow on the reveal, but hey...with books, there's never really a "too late".  Ready or not, here comes today's storybook in the spotlight.... 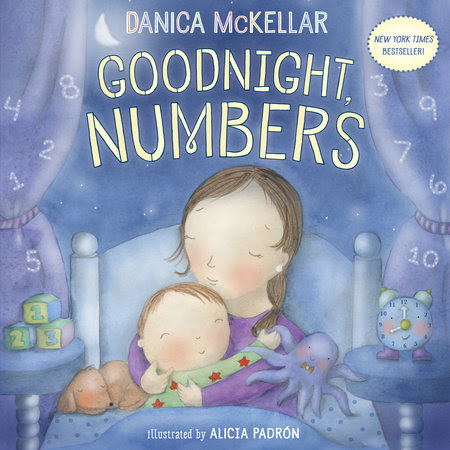 What begins as a cute way to help little ones off to dreamland when they just don't want to let go of the wonderful day they've had, turns into a curiously effective alternative plan to counting sheep.  Yes, that's right...counting sheep.  While those white woolly critters deserve their chance to prance over fences, sending the wakeful off to sleep doesn't solely belong to them anyone...and here we see how anytime, even story time, can be a learning experience in disguise.

It's a great introduction to numbers for little ones with emphasis on how they are in pretty much EVERYTHING we do, every day, without being scary.  How is math scary?  Well, pose that question to a ninth grader trying Pre-Algebra and get back to me on that.  With this method, kiddos are shown how much FUN numbers, counting, and math, in general, can be from the start, setting them up to make friends with the "beast" before it becomes one at all. The illustrations are not only lovely but encourage readers to participate in the counting activities on each page, even outside of the text prompts.  (See the ONE puppy...the TWO apples...the THREE pans...)  As an additional modicum of fun, look inside the cover, both front and back; even adult readers may learn a thing or two, not to mention other ways of imparting the "how to" part of the counting process.


Best known for her roles on The Wonder Years and The West Wing, Danica McKellar is also an internationally recognized mathematician and advocate for math education. A summa cum laude graduate of UCLA with a degree in Mathematics, Danica has been honored in Britain’s esteemed Journal of Physics and The New York Times for her work in mathematics, most notably for her role as co-author of a groundbreaking mathematical physics theorem, which bears her name (The Chayes-McKellar-Winn Theorem.) Her passion for promoting girls’ math education began in 2000, when she was invited to speak before Congress on the importance of women in math and science. Since then, Danica has made it a priority to find time in her busy acting schedule to promote math education, often appearing around the country as a speaker at national mathematics conferences


Special thanks to the Crown Books for Young Readers team for the copy for review.  (THANKS!)  For more information on this title, the author, or the publisher, feel free to click through the links provided above.  This title is available now, so be on the lookout for it on a bookstore shelf or virtual retailer of your choosing.