The Path of the Wind by James A. Misko

HI there!
Welcome back to another exciting week, here at Satisfaction for Insatiable Readers.

Today, we're diving between the pages of a book that just celebrated its birthday last month via Square One Publishers that may slipped your radar.  How so?  Because had it not been for a particular publishing consultant bringing it to my attention, I would have too.  Ready to make its acquaintance?  Here we go!  Today's book of choice is on deck.... 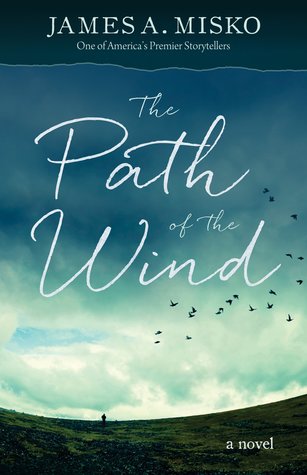 About the book...
Miles Foster is a newly minted teacher who dreams of getting a teaching job in the highly respected and financially stable Portland, Oregon school system where everything is available, and where he and his wife call home. But the only opening for his talents is in a remote lumber mill town in central Oregon, two hundred miles away.

It is a poor school with forty students, and is controlled by a jealous superintendent and school board who tolerate no thinking outside the box and who conspire to destroy his teaching career.
Miles must find a way to educate students who have been passed along regardless of what they learned, and defeat the damaging control of the school board and superintendent without losing his marriage or his job, or both.

I can see why on the cover of my ARC the author is toted as "one of America's premier storytellers".  The story wasn't over the top, outstanding, jaw dropping, or otherwise beyond remarkable...but it was MEMORABLE for many other reasons.

First off, the story...while it may sound like I didn't enjoy the journey, I, in fact, DID.  The way it's told is almost like an oral history being collected.  The facts are there with some flourish but only just.  We don't get into a lot of the nitty gritty details that could have weighed it down from its ultimate point, but that works.  We get to know Miles and Ele quite well, as we do his students, the townspeople, and his fellow educators (though that term is used loosely for a handful of them), and though that kinship isn't so deep that we could write a memoir on any particular person, it is solid enough to dig us into the local community so we feel like one of them.  When they take a hit, so do we.  A loss is mourned, a win is celebrated, a struggle is fought through, and an idea is chased...together...and THAT my friends is certainly one of the signs of a great storyteller.

Now, as for the story itself, it's not just about Miles and Ele's journey from flirt to marriage to this small town life; it has a bigger picture to paint.  In reality, it's a true celebration of the power of educators...you know, TEACHERS.  Those who take that extra step to not simply impart the knowledge on the syllabus, but to connect with their students, make the experience personal, and indelibly mark them as having been one of their own as they continue their march forward in life.  It is those people, the educators, that we fondly look back on when puzzling out a problem, dredging up a mentally filed fact now remembered, or experience the joy of reading for the umpteenth time.  I have had several in my time, as I'm sure you have in yours, and for their time, assistance, and very presence, I say THANK YOU...and to our fictional yet vivid Mr. Miles, you rock, sir, like the rock star educator you are, don't let anyone tell you otherwise.

In the end, it's a journey from school days to...well, days in school, but on the other side of the desk.  It's filled with all the trials and tribulations educators face day to day that we don't necessarily see as students, but they exist all the same, as well as the harried lives they live beyond the hallowed halls.  It'll give you a new perspective from which to view their sacrifices and renew your respect for the calling they followed...while smiling at the exchanges (most often between Miles and Ele) that make this hidden gem sparkle and shine.

His previous novel, As All My Fathers Were, has won the FOUR GOLD's AWARDS from the Benjamin Franklin Awards, Nebraska Book of the Year Award, 2016 Feathered Quill Award, and Pinnacle Book Achievement Award. Jim and his wife Patti live in Alaska in the summer and California in the winter.

Special thanks to Carol, Publishing Consultant, and Square One Publishers for the ARC for review.  (THANKS!)  For more information on this title, the author, the publicist, or the publisher, feel free to click through the links provided above.  This title just released last month via Square One Publishers, so be on the lookout for it on a bookstore shelf or virtual retailer of your choosing.