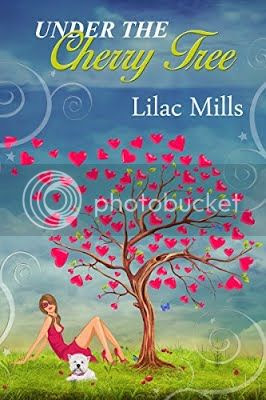 The best sort of holiday read, recommended for fans of Jane Costello, Erica James, and Lucy James
“My dog didn't like men. Actually that was a lie – she didn't like the men I chose. The only ones who rocked her world had been my father (who was no longer with us), Ross (who was gay), and the butcher on the high street (for obvious reasons).

When Jenni Meadows has the opportunity to expand her dog-grooming business she takes it, and when a nice man appears on her horizon but fails to make any sparks fly, she decides she has enough on her plate with her business without adding a boyfriend into the mix.

Besides, Millie doesn’t like him and when her dog doesn’t like a man, Jenni knows all about it. So why does Millie take a very strange liking to the new vet, especially since he has a taciturn expression, wears a wedding ring, and wields a needle?

Under the Cherry Tree is a tale of love and hope, waggy tails, and cold noses.

His name was Rupert, and that should have told me all I needed to know. Not that I’m nameist or anything, but with a name like that there was no way he came from the council estate up the road; the other kids would have decimated him! And he wasn’t a kid, not by a long stretch, not if that chest and those arms were any indication. He was tall too, like many rowers tend to be.

Rupert and I moved in entirely different circles, and I don’t know what on earth possessed me to agree to go out on a date with him, though the three glasses of white wine I’d drunk may have had something to do with it. I was drinking for two, because Amber had just that morning found out she was pregnant, and that meant I had to drink her share. Oh, and don’t forget that chest. It bulged and rippled and clung to his body like I wished I could. I only took my eyes off it long enough to make sure he didn’t have two heads. The face above a set of extremely broad shoulders looked nice enough, so I didn’t bother to check again.

But why the hell had I agreed to let him take me shooting? Who actually did something like that on a first date? Dinner, a drink, maybe a concert, ice-skating at a push – but definitely not clay pigeon shooting.

The only redeeming thing was that he told me I could bring Millie. And did I mention his chest?  If that’s what rowing did for a man, I made a vow to meet more rowers (if this one didn’t pan out).

Rupert the Rower. I should have realised, even without the accent, that he was way out of my league. He was an ex-Kings student (private school – very private, because mummy and daddy had to have a great deal of money to send their children there, and he was the youngest of three boys).

Then there was the house, or should I say, mansion. As I trundled up the gravelled drive in my little Micra, Millie panting on the passenger seat, I was under the impression this was where the shooting meet was taking place, not that Rupert actually lived there.

I pulled my ten-year-old car into a space between a brand-new Range Rover and a top-of-the-range Jag, and clambered out. Hollington Hall. Nice. I wondered if they did wedding receptions. Not that I had any plans on getting married any time soon (had to find the right guy first), but it was something to consider for the dim and distant future. At least I wasn’t like some of my friends who had picked the dress, the shoes, and the bridesmaids’ outfits, all before their sixteenth birthdays! I was merely mildly interested.

Surprisingly, for a hotel, the front door was firmly closed.

After unclipping Millie from her harness, I carried her up the steps and placed her gently on the ground between a pair of tall columns, and tried to turn the door handle. Locked.

There didn’t appear to be a bell, but there was a huge knocker in the shape of a lion’s head, so I banged it a couple of times and waited until  it was opened by an elderly woman in a pinny. She frowned at me.

She gave me a blank stare.

‘With some guy called Rupert? Sorry, I don’t know his last name.’ Perhaps I hadn’t got the right place either, because the large hallway behind her looked nothing like a hotel reception area. It lacked a front desk, for starters. A sleepy spaniel lifted its head and blinked, but made no move to get up. It was probably so used to guests that another one, even one with a dog, was nothing to get excited about.

‘Master Rupert,’ the woman said, issuing me with a stony stare.

‘His name is Master Rupert Hollington.’

‘I thought Hollington was the name of this place?’

‘It is.’ She opened the grand door a little wider, and moved to the side with a sigh. ‘I’ll let him know he has a guest.’

I stepped into the hall, my eyes on stalks. Rupert Hollington of Hollington Hall. Rupert the Rower, who’d gone to Kings and had a plummy accent, and who thought taking a girl clay pigeon shooting on a first date was a good idea.

I wanted the highly polished, black-and-white tiled floor to open up and swallow me.

The maid/servant/housekeeper (I had no idea what to call her – she might be his long-suffering nanny for all I knew) stalked down the hall and disappeared through a door at the far end, leaving me to stare up at the sweeping staircase with my mouth open. The place was huge!

‘Jessie, how lovely you could make it.’ Rupert strode up to me, both hands outstretched, and moved in for a double cheek peck.

‘Jenni,’ I corrected him, mortified.

‘Jenni it is then, though I could have sworn you told me your name was Jessie.’

‘It was noisy in the pub,’ I said, trying to make him feel better, though to be fair, he didn’t seem in the least bit fazed that he’d got my name wrong.

Never mind, it was an easy mistake to make.

‘I see you’ve brought your dog,’ he said. ‘Does it retrieve?’

I glanced down at Millie, with her white fluffy fur and pink diamante collar. ‘Not even a stick,’ I admitted, wondering why he thought a West Highland Terrier would double up as a retriever. Now if he’d asked about her ability to dig holes…

Rupert looked a little put out, but recovered quickly. ‘No bother. Just don’t let it off the lead, or it might interfere with the real dogs.’

Was he calling my dog fake? Huh! She was as doggy as any other canine.

I had a feeling this date wasn’t going to go as well as I’d hoped, especially when he asked, ‘Are your wellies in the car?’

Wellies? What wellies? Oh dear; I hadn’t thought to dress for mud, assuming my leather boots and chunky jacket would be outdoorsy enough. Clearly not. When I took the time to really look at him, I realised he was wearing a Barbour jacket and a pair of green Wellington boots. Both the jacket and the wellies were liberally spattered with mud.

‘Is the shoot in a field?’ I asked, pleased to be able to display some shooting terminology.

He gave me an odd look. ‘Where else would it be?’

Maybe I should have done a bit more research on Google. ‘I’ve never handled a gun before,’ I admitted. ‘The only thing I know about it, is that you call “pull” and then do your best to hit the thingy.’

I was unprepared for his sudden burst of laughter. ‘Oh, my dear girl, you’re priceless!’

‘Eh?’ So what if I didn’t know the correct term for those flying disk things? I’d already confessed I knew nothing about shooting.’

‘We’re shooting pheasant,’ he said, taking my arm and guiding me towards the door he had appeared from.

‘You don’t have to touch them,’ he said, giving my arm a tug.

It wasn’t the touching which bothered me – it was the killing itself. Millie, close by my side, gave a small grumble in the back of her throat, half warning, half concern, and nudged my leg with her nose. I bent to pat her, using the movement as an excuse to shake off his hand.

‘Is it friendly?’ he asked, leaning forward and holding out his fingers for her to sniff.

Millie drew back behind my legs.

‘She,’ I emphasised the word, ‘is perfectly friendly.’ And Millie promptly made me into a liar by emitting a low growl.

I tugged at her lead in annoyance, vowing to give her a good telling off later. Not that it would do any good; if a dog had to be admonished for bad behaviour, the ticking off had to take place immediately after the event, else the dog would have no idea why its owner was cross.

‘I don’t think shooting is for me,’ I said, and turned to leave. Even if Rupert suggested doing something else instead, I wasn’t sure he was my kind of guy.

Millie simply confirmed my thoughts when I glanced down at her.

She was weeing on his wellies. 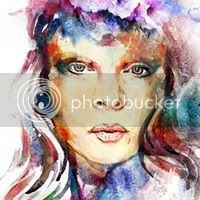 Lilac spends all her time writing, or reading, or thinking about writing or reading, often to the detriment of her day job, her family, and the housework. She apologises to her employer and her loved ones, but the house will simply have to deal with it!

She calls Worcester home, though she would prefer to call somewhere hot and sunny home, somewhere with a beach and cocktails and endless opportunities for snoozing in the sun…

When she isn’t hunched over a computer or dreaming about foreign shores, she enjoys creating strange, inedible dishes in the kitchen, accusing her daughter of stealing (sorry – “borrowing”) her clothes, and fighting with her husband over whose turn it is to empty the dishwasher.

Special thanks to Cami at Reading Addiction Book Tours for the chance to bring this promotion to you.  (THANKS!)  For more information on this title, the author, or those tours on the horizon, feel free to click through the links provided above.