Hi there!
Welcome back to another week here at Satisfaction for Insatiable Readers!  Hope your weekend was fabulous….I know several of you were participating in the read-a-thon so it had to be at the very least bookishly fun.  Aside from work, I managed to enjoy a bit of the GORGEOUS weather that we’ve been having lately.  Totally fall in all its wonder…and I’m lovin’ it!  Anywho…speaking of fall fun, have you checked out the contests currently running on the site?  Currently there are FOUR, one of which ends tonight, but there is even more to come, so stay tuned….and now, we turn our focus back to the post of the day.

In accordance with the theme of the month, today’s spooktacular find is….ALIENS.  That’s right!  Alien beings are taking over and….well, we’ll get into that in a second.  Today’s featured title is also celebrating a very Happy (almost) Book Birthday!  Did ya catch that?  Yep, it says “almost”.  Why?  Easy!  The official release date is TOMORROW…but you get to catch a peek inside courtesy of moi (and Candlewick Press, of course) today!  Exciting, isn’t it?  Here we go!  Today’s book of choice is…

Hello Earthling readers.  This is the “grand high” (snort..giggle) Insatiable Reader and I have now taken over your minds.  You will do as I command…starting with reading to the end of this post.  Commence transmission in 3… 2… 1…

The end of the world as we know it…an over used phrase and seriously vague statement, but one that has come to pass nonetheless.  Aliens have taken over the world!  How do we know this to be the case?  They tell us telepathically (and a bit pompously I might add) and it only took them TEN SECONDS!  (Wow…that’s it?)  The evidence is all around as everyone but a handful of people have dropped like flies.  Humans are no longer the top of the food chain.  Their new status?  Product…some hearing (back to the telepathy) and some non.  In either case, the end message is clear.  They own us and we are powerless to stop them….or are we?  Seems there are a few young people willing to make waves (the irony of this statement becomes clear when you read the book) against this “future”.  Will they succeed?  We had better hope so…lest our grand exit from this life be conducted by those of our alien conquerors…. *cue dramatic space music* 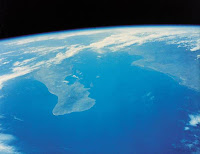 Wow...this was a majorly quick read, but good nonetheless!  Seriously, it took all of about 2 days with multiple interruptions along the way and believe me, you won't want there to be anything standing between you and the end of this book.  It's one of the only "alien" novels I've read thus far but I found the author's storyline rather intriguing.  It's written with a combination of narratives by Jesse, our lead character, and journal entries from the intimating (*cough* NOT *cough) Lord Vert...well at least that's what Jesse and his friends call him....to both himself, his family, and his father.  Sound jaw dropping?  Okay…maybe not, but that’s one of the interesting twists.  This is one of those books that jumps right into the meat of the plot early on and utilizes off shoots of it from there to propel the story forward.  It won’t knock you out of your socks, but it will make you understand both the power of suggestion and the amount of belief we put in them.  (See, told you it was intriguing…)

You’ll connect with Jesse (though not in the same way as his new friends do…you’ll see…) in his longing for his family and the time he regrets losing even in his young life.  It’s a shame to see someone his age (he’s just a teenager) already with regrets even if they were forced due to circumstance, but even sadder that this doesn’t just happen in fiction nowadays…but I digress.  One of Jesse’s funny quirks is his use of outlandish phrases in place of foul language….though perhaps outlandish is the wrong word, let’s replace it with creative.  It’s unexpected in the text, and yet I totally got it….know why?  I do it too…and you probably do as well!  Some examples of this are famous, such as the cartoon character Sam with his “Dang blast it”…and others are uniquely our own such as one of my own “creative” favorites “son of a snot loving monkey”.  (Go ahead; have your laugh….it’s better than being offensive though, right?)  It’s all relative…and keeps our mouths fresh and clean without the use of a certain well advertised gum (you know the one with the *ahem* “creative” commercials).  Moving forward…

Rounding out Jesse’s crew as it were we have Lauren, the brains…Michael, the brawn….Lindsey, the beauty…and Catlin, the newly-found-but-I’m-still-hiding-something-and-won’t-tell girl.  Certainly makes for an interesting adventure, I’ll tell you that.  Apart from the “good guys” there’s Lord Vertenomous and his minions.  Lord Vert is presented in a unique light though as you get to see the softer side of him when writing letters to his wife and children…and yet he loses none of his venom when dealing with problem Product. 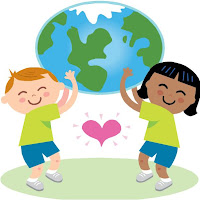 A fun and funny read indeed, you'll find yourself laughing at the antics that ensue as well as discovering just how powerful something (or someone) can become once it is believed in.  There’s also a not so subtle eco message in the book…all about conservation of the Earth and it’s resources…as well as not getting to comfy with our machines since they may take over our lives one day.  (No…never….hey, you there, are you reading this and tweeting at the same time?  Oh no!  It’s begun!)  Highly recommended for readers of all ages...it’s an adventure waiting to happen.

ARC for review won via Twitter contest courtesy of Candlewick Press.  (THANKS!)  For more information on this book as well as their entire enticing catalog, visit their site or follow along on Twitter.  Remember, this book hits shelves tomorrow so be on the look out for it in a store near you.

So that’s it!  You’ve reached the end!  I knew I could learn a thing or two from those Sanginian aliens…hehe…

Oh I must get hold of this. Something to read on all these cold, damp and dreary nights. How I wish we were having an autumn, we seem to have gone from summer (if you could call it that) to winter.

This sounds hilarious! I've actually seen it quite a bit in advertisements and really had no idea what it was about besides aliens. And, sad to say, those don't always grab my attention, but I loved your review! This sounds like one to get and keep for the Turkeybird in future years, he may really enjoy it. Thanks for the great review! :o)