Hi there!
Welcome back to Satisfaction for Insatiable Readers!
The week is almost over and so is your chance to win (for now...hehe)!  The 'Spooktacular Finds In Reading' contests come to an end 10/30/10 at midnight CST so don't miss your chance to win 1 of 4 prize packages including 1 (or more) of several great books perfect for the season and just waiting to find a home on a shelf near you!  Check out the 'Current Contests' listing on the right hand sidebar for all the details. 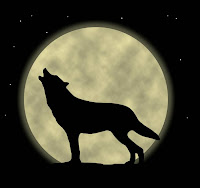 Now for today's post, our 'spooktacular' find for the day is....WEREWOLVES aka SHAPE SHIFTERS.  Perhaps one of the more famous ones out there right now thanks to the success of the book and movie series having one of these guys in more of a supporting lead role (I know, it's an oxymoron, but think about it, he's a lead character but not, so it fits...sorta....), but the book featured today shines the spotlight on this particular creature front and center.  The lead book in a Young Adult series, it's a great introduction to the characters that will leave you thirsting for more, but I digress...I have yet to tell you what book it is!  Today's book of choice is.... 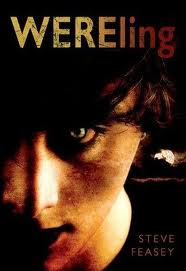 Trey Laporte is not having the best day, or rather the best life.  He's an orphan and though in a group care facility, he's missing the love and support that only a family can bring.  Oh, and yeah...he sorta woke up sans clothes with his room completely torn apart.  Looks almost as if an animal broke in and....no that can't be....or could it?  The damage appears to be from the inside out and yet Trey's door is shut with the key still in the locked deadbolt.  Hmm, very curious indeed...but the day is not finished with him yet as the appearance of a strange man claiming to be his uncle turns the dial from unusual day to downright weird.  Unable to keep himself from stealing a peek at the gentleman, Trey sneaks out of his room against staff wishes to see just what is going on; what he finds is a large, imposing gentleman who although hair raising in appearance brings Trey a sort of uneasy peace within.  Who is this man and what does he want with Trey?  It all starts with an invitation to leave all his troubles behind....but the troubles that replace those lost may just be even more daunting.....

I'm done, I'm done, egads I'm done! Why am I so exuberant? Well, I've been (guiltily) holding on to an ARC of this book for some time (hey, I said I was guilty) and just now had a chance to read it. Of course, I am also kicking myself immensely now for not having read it sooner as it was really good! No, I wasn't afraid that it wouldn't be...to be honest, I wasn't sure what to expect but I was hopeful for a good read and was not disappointed.  Thoroughly enjoyable from start to finish, there really wasn't much that I could pull in a negative aspect to mention or highlight...unusual as that is, it is also quite impressive.

In a positive light...where to begin! This is the first novel that I've read where the main character was a werewolf...well, shape shifter technically but you know for the most part they herald from the same lines. Trey Laporte is our lead narrator, telling the story from his point of view as the events unfold and unfold they do as his world is turned upside down in less than 24 hours. He goes from your average orphaned child (well, okay, not so average since he apparently tore his room apart and ripped through his clothes without even knowing it) to a decidedly more than meets the eye young man in not simply his lineage but his responsibilities as well. Once he knows of his past and what is potentially in store for his future, he is dealing with a whole new ball of sputum (oh, sorry, still thinking of the book creatures)...err, wax. Mythical magical nether-worldly creatures are no longer living in the land of make believe for him...no sir...and he now has more to worry about than simply himself. 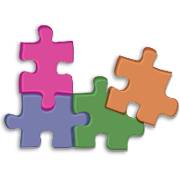 Along for the ride, or rather guiding him on his journey is a great make shift family of sorts. From Lucien Carren who is...well, I'll leave that to you to figure out...and seems to have nothing but good intentions at heart (better than other things in his condition...whoops, sorry....no spoilers, no spoilers), to Tom, the Irish bloke ready to tear into the worst of the worst with the worst of the worst "toys", to Alexa, Lucien's daughter and a budding sorceress (not to mention potential love interest, but don't tell Trey, I told you so)....they're differences make them stronger, but their shared love and respect for one another is the cement that keeps them together. Their abilities, including Trey's, are a rather interesting assortment as well.  The ability to essentially stop time though only for moments at a time, heal others, speak to your mind and so on....turn up when needed and often when least expected.  The common beliefs versus myths regarding the creatures that make an appearance in this book are also twisted in unexpected ways, for example...vampires actually HAVING a reflection (I know...mind boggling, right?).  Moving on....


Though short over all when compared to other books floating around in the YA genre right now, I think the length worked well for the story. The author allowed enough time for a natural (okay using that word with the slough of nether world creatures that are in this book is almost comical to me, but it does fit my purposes) transgression to occur from Trey's less than happy past to his unusual present and right to the beginnings of his uncertain future without leaving the characters (or readers) behind in the transitions nor dropping the storyline. In fact, the story is wrapped up by book's end....well, almost. There is some uncertainty left open but that's merely to taunt you until you read the next book in the series (which happens to be Dark Moon, scheduled for release February 2011...not that I'm waiting or anything... *whistles*). Let's just say that its on my Wish List.... 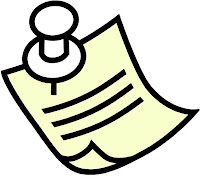 Special note to readers, upon reaching the end of the book (unless it was removed in the finalized version, and I'm hoping not), there is a section titled Demoncyclopedia. These last few pages are like a who's who guide to nether world creatures so in case you need a refresher or simply wish to learn a few more details about those featured in the book, it's all right there for you in summary format. Mighty handy if I do say so myself....

LOL, as usual, I really love reading your review as you're creative enough to make it informative and funny all at the same time!

I have yet to find any were-related book that I thoroughly enjoyed, but there is something about this book that make it sounds really good. Perhaps it is because it was told from male POV (Yeah, I'm a sucker when it comes to that *lol*).

Glad that this book works for me and am seriously hoping that I'd get the chance to read it one day.

Have a great day!

Shy: Aww, thanks Shy! ^_^ Definitely smiling now. Yeah, see I lucked out with this one for certain...first book featuring this particular paranormal creature and TADA, loved it! I've found books from the male POV a tad hard to get into at times (depending on the story, the writer, etc) but this one was done quite well in my opinion. If you do get to read it, I'd love to know what you think. ^_^

I have to read this if only for the demondictionary at the back - I'm always coming across new supernaturals and thinking Oooh, what???? Necromancer was the last one I had to google.

Petty Witter: LOL, I have that problem too sometimes. Yeah, this one lays out the details for all the creatures/beings included in his book so definitely comes in handy. ^_^

I have a few books I have been sitting on that I need to get to as well. At least you did it :)

Amen on Cleverly's post! That happens to me all the time. At least you did it and you dug it. I hate when I put it off and then end up disliking it.

Cleverly Inked: LOL...so is the lament of reviewers round the world. ^_^

Juju: Agreed, sometimes it can't be helped but I was DELIGHTED to find this one to be such a good read... ^_^

What a good review! I know you mentioned on Twitter how much you loved it and now I'm really hoping to read it. I love the idea of a "demonic" encyclopedia of sorts at the end! Fabulous!

the1stdaughter: Yes! It was a lot of fun and the add in at the end was great to add to the bookish experience. ^_^