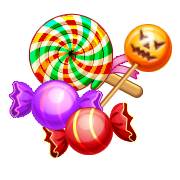 It's Friday and you know what that means....it's almost Halloween!  That's right...only one more full day until the official trick-or-treating holiday though as I understand it a lot of towns and cities have voted to celebrate it on Saturday this year..oh well, to each their own.  Anywho...speaking of Halloween....have you entered the 'Spooktacular Finds In Reading' contests as of yet?  If so, YAY!  Thank you thank you and good luck!  If not....um, why?  I mean if you don't like a chance to win one of several fabulous prize packs I totally understand, but otherwise yeah, you can't win if you don't enter so take a chance!  You never know, it could be YOU winning big next week.  Entries accepted through midnight CST 10/30/10 so be sure to get yours in before it's too late.  Just check the right hand sidebar under 'Current Contests' for all the links.  Speaking of the contests...

Today's post is all about one of the titles that you have a chance to win!  I had the pleasure of reading and reviewing a few of this author's previous works and have yet to be disappointed so when I had the chance to read the latest release, I was there with bells on.  (Okay so no bells....too noisy, but you get the point...)  A familiar name in the YA genre all on its own, this author teamed up with a fellow writer that they've worked on a series previously and created a new literary adventure to entice and enchant.  Without further adieu, today's book of choice is.... 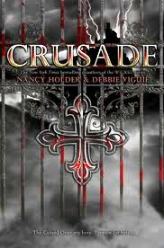 Vampires, and werewolves, and witches, and....OH MY! Paranormal creatures abound in the latest release from this marvelous writing duo and what's more...they're at war. Okay, so that in a general sense isn't that unexpected since they don't usually play nicely together, but the level to which it has reached truly is. The vampires are out of the coffin so to speak and ready to stand and be counted.  Making nice with the President of the US of A on national television ought to help their peace loving cause, no?  Um...no.  It would have, except not long after the smiling scene watched round the world, the President's daughter is kidnapped, turned into a fanged wonder and makes her first and last television debut decimating the military forces sent to rescue her before being staked.  How's THAT for keeping the peace?

Nations are falling to the power of the Cursed Ones, one by one some supporting their cause while others simply fear it.  There are only a few that stand in the way of their world domination plans....the Resistance and the Salamancans. The first is a band of humans unwilling to lie down and become lambs for the slaughter; the second, highly trained teens ready to kick some paranormal behind....that is if they can keep their differences out of the way.  Who will win in this ultimate power struggle especially when family and friends are involved? Only time will tell...and that is only one of many things that isn't on their sides.... 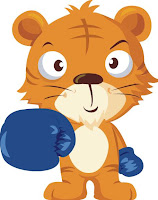 Wow...what can I say? This is a pretty hefty choice for a YA novel, sitting at 470 pages, but a great start to a new series. We've got paranormal creatures aplenty, a storyline steeped in many levels of mystery, and hidden pasts just waiting to be discovered.  Each chapter begins with either an excerpt from Jenn's journal (our primary lead character, more about her later), a brief glimpse at a passage from the Salamancan Hunter's manual (think of it as "how to dispatch vampires 101"), or a work of poetry from the Cursed Ones themselves that moves progressively from neutral to total domination.  The character assortment that is worked into not just the storyline but the hunter group itself is amazing.  How they manage to coexist without killing each other is beyond me, and yet it works.  As you learn more about each character it becomes clear why hostilities run deep and yet since this is the beginning of a series not the end of one, it sort of comes to a head at the end leaving you asking...and then what happens?!  I do have a prediction about one plot twist that is just screaming to come into existence, but alas, I shall leave it faceless and nameless for now....at least until the next book comes around and I can confirm my suspicions. 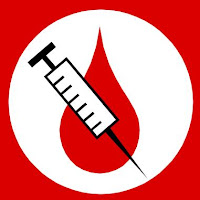 Now we already mentioned that vampires are highly featured in the novel and with their inclusion comes a few twists on the classic myths commonly accepted about our fanged literary friends.  This time around we keep the classic no sunlight allowed bit with some vampires (well, one that we know of) being able to tolerate the site of a cross (even holy water if you can believe it), but gone is the acceptance of animal blood as a food replacement.  Nope.  There are no "vegetarian vampires" in this one (Twilight reference...though if you didn't recognize it, it probably still doesn't make much sense) just pure blood thirsty creatures of the night needing human blood to sustain their existence.  Surprising in some ways, but not overly so...a good balance in the end without drawing readers attentions away from what's happening to dwell over the details.

With all that is good must come a bit of the not so good...sad, I know, but true.  There are spots in which the story seemed to drag, especially after the group makes their way to New Orleans.  (Why are they there?  Nope....not telling, sorry!) There's a lot of waiting (or so much waiting) and hoping (when all seems lost what else have you got) and rituals (yeah, now this one is a doozy) but not a whole lot of action in any other form.  During the dry spells, the narrator of the story is shifted to help you learn a bit more about the lead characters and what motivated them to step into the roles they have today...with the number sharing the spotlight it's certainly needed (there are five at bare minimum but others step in and out as well).  Rest assured though, those few instances are bringing you towards a greater end and will help you form a more complete understanding of each character. 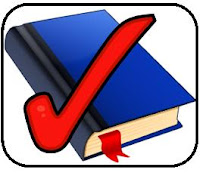 This is a definite reading recommendation for YA readers of all ages, in my opinion. The only "questionable" aspects are rather PG (think along the lines of "Twilight" in regards to violence and romance) so anyone who enjoys the YA genre with paranormal twists should be readily entertained by this one.  The follow up book to this recent release is titles Converted and appears to be scheduled for release in 2011.  Will I be on the look out for it?  You bet!  I simply have to see if what I think might happen happens...and what becomes of the cause...and what about...okay, so short answer is yes, I'll certainly be on the lookout for it.

ARC for review courtesy of author Nancy Holder and Simon & Schuster.  (THANKS!)  To find out more about this title and her other works in progress, check out her website or follow along on Twitter!  (Be sure to say hi to her Corgi's too....definitely two cuties.)  To discover the other bookish wonders available from the publisher, visit their site or check out their Twitter page.

Wow, sounds utterly fantastic. I'll keep an eye out for this one! Great review.

Awesome review. I haven't heard much about this one :)

Oh! I definitely want to read something from Nancy Holder! I've been so intrigued with more stories centered around "The Cursed Ones" since I read the book "Vampireology". I'd never really paid much attention to that, but now that you mention it too, I want to read more! Fantastic review!

the1stdaughter: Thanks for the kind words! Yes...you should read some of her stuff, it's quite good! ^_^