TODAY, we're happy to be hosting Jason Luthor's FLOOR 21 blog tour via Pump Up Your Book!  Keep reading to find out more about what sounds like a fascinating read and don't forget to leave a comment/question for the author to let him know you stopped by!
Now, on to the main event.... 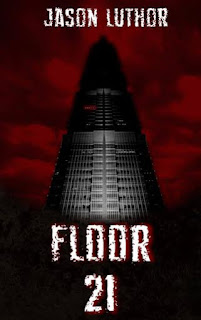 The last of humanity is trapped at the top of an isolated apartment tower with no memory of how they got there or why. All travel beneath Floor 21 is forbidden, and nobody can ever recall seeing the ground floor. Beneath Floor 21, a sickness known as the Creep infests that halls of the Tower. A biological mass that grows stronger in reaction to people’s fear and anger, the Creep prey’s on people by causing them to hallucinate until they’re in a state of panicking, before finally growing strong enough to lash out and consume them. Only a small team known as Scavengers are allowed to go beneath Floor 21 to pillage the lower levels in search of food and supplies.

Jackie is a brilliant young girl that lives far above the infection and who rarely has to worry about facing any harm. However, her intense curiosity drives her to investigate the bottom floors and the Creep. To deal with her own anxiety and insecurities, she documents her experiences on a personal recorder as she explores the secrets of the Tower. During the course of her investigation, Jackie will find herself at odds with Tower Authority, which safeguards what remains of humanity, as she attempts to determine what created the Creep, how humanity became trapped at the top of the Tower, and whether anyone knows if escape is even possible.

This title is available now via Amazon.

Now, I don't know about you, but this one really struck my fancy when I was reading about it.  It really sounded interesting and made me curious to about so many things!  I mean, WHY are they trapped in a tower on THAT specific floor?  WHY them?  WHAT is happening on the lower levels?  WILL it ever stop?  WILL they ever be safe?  HOW long can they last?  So many questions and the only way to answer them....READ THE BOOK.

For now, it's on my wish/to-read list...but you?
YOU don't have to wait for me.
YOU can have your own adventure through the pages and report back with the pleasures to be had first hand!  Just remember...no spoilers; I do intend to get to this one some day.

Looking to discuss the book with your fellow readers?
Check out the PUYB Virtual Book Club at Goodreads! 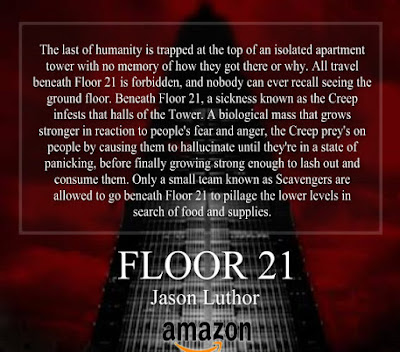 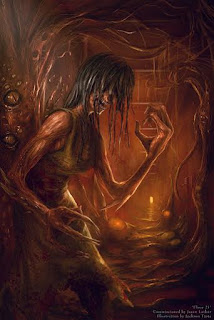 When you stop and think about it, I mean, our lives don’t make sense. We couldn’t have always lived up here, right? It gets me pretty antsy thinking about it because, I mean, this is a tower, so we had to have come up the stairs at some point. Didn’t we?

I don’t know, and thinking about it gets me frustrated. When I’m in this kind of mood, I go to the rooftop and look out. You can actually see other towers rising up in the distance. Some aren’t even that far from ours. I stare at them, and I’m just like . . . is anybody over there? Is anybody looking back at me? Does anybody know or remember we’re trapped in this place?

Or are we all that’s left?

After I’ve gotten myself sufficiently depressed, I’ll stare over the edge of the roof, trying to see how far below I can look. Thing is, it’s impossible to see much. This tower just vanishes into the Darkness. Nobody, and I mean nobody, even knows why. It’s just blackness down there.

Oh, about Floor 12. Yeah, that’s where the Creep really starts. The Creep? It’s this . . . gunk. Super-disgusting stuff that you shouldn’t touch because it makes you feel weird, and the lower down the Tower you go, the more you see it. It starts to cover the walls, and it’s kinda gross. It’s really slick, like saliva, and it looks all muscle-y. Almost alive. Good thing you don’t have to worry about it when you’re higher than Floor 11. Still, I wonder what it is. We all do. I know that when you touch it, you can start hallucinating. I did once. Well, okay, I’m lying. I’ve touched it a few times when I’ve been on the lower levels, which is why my parents made the rule that I couldn’t head down there in the first place. I mean, I don’t pay attention to them, but I get why they don’t want me going that far below into the Tower. The Creep makes you see . . . things. Shadowy things. Sometimes they’re right in front of you, but most of the time, they’re in the corner of your eye. They say that by Floor 21, you don’t even have to touch the Creep to hallucinate, which is a total trip. Must suck to live down there. 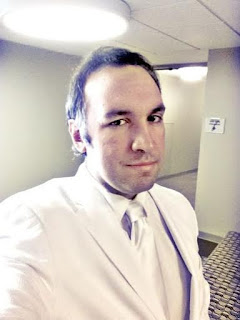 Jason Luthor has spent a long life writing for sports outlets, media companies and universities. His earliest writing years came during his coverage of the San Antonio Spurs as an affiliate with the Spurs Report and its media partner, WOAI Radio. He would later enjoy a moderate relationship with Blizzard Entertainment, writing lore and stories for potential use in future games. At the academic level he has spent several years pursuing a PhD in American History at the University of Houston, with a special emphasis on Native American history.

His inspirations include some of the obvious; The Lord of the Rings and Chronciles of Narnia are some of the most cited fantasy series in history. However, his favorite reads include the Earthsea Cycle, the Chronicles of Prydain, as well as science fiction hits such as Starship Troopers and Do Androids dream of Electric Sheep?

Special thanks to Dorothy at Pump Up Your Book for the chance to participate in this promotion.  (THANKS!)  For more information on this title or to pick up a copy for your reading pleasure, feel free to click through the links provided above.

Email ThisBlogThis!Share to TwitterShare to FacebookShare to Pinterest
Labels: 2016, book spotlight, Pump Up Your Book

The book has an interesting cover.

This is the author. I would highly encourage both of you to take a look at the book, but then again, I have a vested interest in it. Then again, it did get picked up for a contract. You may find it intrigues you.