SUMMER READING: What's in YOUR beach bag? YA from Author Amalie Howard

It can't be just ANYTHING.  It's got to be exciting and interesting with love interests that make your knees quake, besties we forever compare our own "crew" to, and baddies that make us raise our clenched fists in defiance of their tyranny.  Yes, it must have it all and then some.  So, got any ideas yet?  No?  Yes?  Somewhere in-between it all?  NO worries.  I'm here to help along with a plethora of amazing author talent and publishing house know how to help bring a the spotlight to a few that just might be your best friend for a few days, or few hours this season.  So grab your beach towel, some sunscreen, and pull up a chair, it's time to dive into a pool of bookish fun!  Today's category is...

This categories name is a misnomer as it makes one believe it is only for those in their teen years, and believe it or not, I've seen it scare a few adults off of a title they REALLY wanted to read.  No, it wasn't me...I'm not scared to read outside my age bracket, up nor down, and I hope YOU aren't either.  What the genre really means is that it's suitable for a teenage audience but not ONLY to them, with a wide variety of sub genres, normally limited on the foul language and intense erotic scenes, and LOADS of fun.  The titles we're highlighting today play by the rules remarkably well, but they're also not afraid to break them in the best ways possible.  Ladies and gents, let's get this book party started!

Today, we've a few titles from author Amalie Howard that you'll want to make room for this summer... 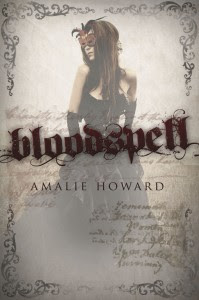 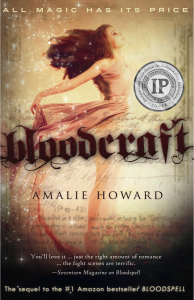 Consisting of Bloodspell and Bloodcraft, this matched set is all about magic, power, and dark DARK secrets.  It's not a series I've read, but it IS on my own summer reading list and I am definitely curious to dive between the epages.  The synopsis talks about Victoria turning seventeen and getting much more than a new car for her birthday, while possibly losing everything and everyone that really matters at the same time.  If we peek at book two, we're faced with challenges from all sides including a choose-them-or-me moment with witches and vampires thrown in the mix.  I mean, it sounds like a paranormal showdown that's not to be missed...and I certainly don't intend to... 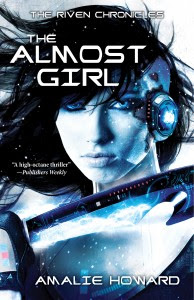 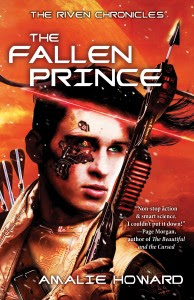 Starting with The Almost Girl and following with The Fallen Prince, this is not your average YA duo.  Android wars and lost siblings, orders from royalty and finding the strength to be what you choose, not what you're designed to be.  From the outside looking in, it sounds like this set is a perfect mash up of sci-fi/fantasy fun with enough humanity built in to sustain those that may be reading outside the box.  I must say, though robots are not really my "thing". those covers do a great job in conveying the characters portrayed as well as the ultimate battle they are facing from within. 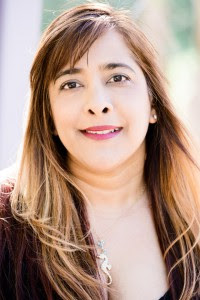 AMALIE HOWARD grew up in Trinidad & Tobago where she spent most of her childhood with her nose buried in a book or running around barefoot, shimmying up mango trees and dreaming of adventure. 25 countries, surfing with sharks and several tattoos later, she has traded in bungee jumping in China for writing the adventures she imagines instead. She isn’t entirely convinced which takes more guts.

An aspiring writer from a young age, Amalie’s poem “The Candle,” written at age twelve, was published in a University of Warwick journal. At fifteen, she was a recipient of a Royal Commonwealth Society Essay Award (a global youth writing competition). A Colby College graduate, she completed simultaneous Honors Theses in both French and International Studies, and graduated Summa Cum Laude/Phi Beta Kappa. At Colby, she was cited for research and criticism in Raffael Scheck’s article, “German Conservatism and Female Political Activism in the Early Weimar Republic,” and his subsequent book, Mothers of the Nation. She also received a distinction in English Literature from the University of Cambridge (A-levels) as well as a certificate in French Literature from the Ecole Normale Supérieure in Paris, France. Traveling the globe, she has worked as a research assistant, marketing representative, teen speaker and global sales executive.

Special thanks to Samantha at Roger Charlie for the chance to bring these titles to you!  (THANKS!)  For more information on the series listed above, the author, her other works, or those promotions on the horizon, feel free to click through the links provided above. All four titles are available now, so be on the lookout for them at your favorite online dealers.