Today, we're busy little bees as we welcome not ONE but TWO tours that you won't want to miss.  Hey, what can I say?  When a book catches my eye, there's no turning back and I wouldn't want to deprive YOU of the chance to make its acquaintance.  First up, a YA lit ebook via Reading Addiction Blog Tours starring the first book in what is a promising series.  How do I know that?  Simple...I've read it and when an ebook can keep my attention, you know there's some magic happening there.  Behold, fair readers, today's first book of choice... 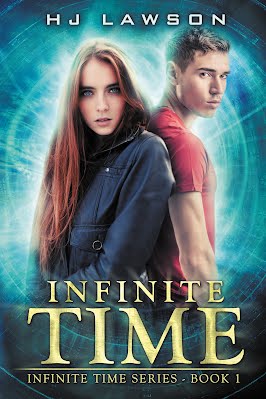 About the book...
Save the girl.
Save the day.
Save yourself.

The mission sounds easy enough, but it is anything but easy for Parker Jenkins. Yesterday, ordinary, poverty-stricken Parker was an ordinary high school kid, getting bullied relentlessly and trying to get by. Today, he's a time traveler with gifted powers expected to carry out the extraordinary. Teaming up with another time traveler, Scarlet, they must save an innocent girl on the run before the villains kill them all. If they don't, their present-day selves will die. But can the ordinary perform the extraordinary?

According to the end notes from the author, this book started as a bedtime story between herself and her daughter.  Night after night, the tale grew adding people, places, details, and situations until it could no longer be contained to mere verbal story telling methods; it simply had to be penned.  After reading the end result...I can certainly see why.

Here we have the story of one seemingly ordinary young man becoming extraordinary long before his time.  Parker is your average teenage boy but with much bigger worries than many teens face alone.  You see, once upon a time, his father went to the store and became a wrong-place-wrong-time scenario.  With his dying breath, he asked young Parker to take care of his mother, but he never said who would be there to take care of him.  Fast forward a few years and we find Parker acting as the man of the house so to speak with a mother who is still devastated by the loss of her husband, no social life to speak outside of two friends who've remained close (better friends than he could have imagined as he's about to find out), and a future as uncertain as next week's History pop quiz results.  It can only get better from here, right?  Yes...and no.

It seems young Parker is about to step into a game he never knew existed let alone have the rules for and if he doesn't win, is he doesn't succeed despite the mounting odds against his, his death is imminent.  Pretty heady stuff, right?  Good thing he's not TRULY alone in his quest.  Despite the fact that he can apparently time travel when asleep, and proceeds to do so unwilling, his landing in Tokyo (in his underwear) could have gone much worse.  After all, he initially escapes the suited men that seem to pop out of nowhere, makes an instant connection with the young girl (Tora) that is their target, and finds an ally with rockin' kung fu skills and looks to kill.  What more could a teenage boy ask for to liven up his humdrum life?  What more indeed.  By story's end, he'll be wishing for that mundane world before he knew what taking a bullet feels like, how strong a man can be for his family, or how big of a ripple one person's life can have on the world at large.  Before all is said and done, his eyes will be opened and no one could ever make him forget what he's seen, done, or planning to do.

Time travel can be a fical beast.  If you go too far one way, you're all outer space and galactic battles; too far the other way, and you're looking for a scarf wearing doctor that may be able to sort things out...or not.  Here, the author balances it perfectly, offering a plausible option for it all to take place in our here and now without anyone being the wiser.  The actual concept of how it happens and the repercussions if that "infinite time" is not paid attention to will have your mind reeling, but in a good way.  The characters we're introduced to are a mixed lot but memorable nonetheless.  Aside from Parker and Tora, the real puzzles to puzzle are Scarlet and Kimi.  Both give you reasons not to trust the other, but there's nothing concrete to base any of it off of at the moment which puts Parker in a predicament.  He's known Kimi for some time and she's become quite close, but Scarlet has saved his butt several times over and seemingly holds the key to who/what he is.  What to do, what to do.  Let's not forget Parker's dad either; I'm still wondering what that card was he handed to him as he lay dying.

In the end, we've an exciting start to a series that certainly holds promise and appeal to readers in their tweens, teens, and beyond.  A perfect fit for those looking for a great story tinged with sci-fi/fantasy appeal yet steeped in possibilities that could turn it from fiction to fact in no time flat.  It's an adventure waiting for the right readers to step between its epages....are you game? 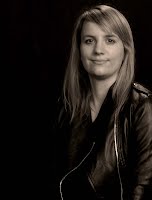 HJ Lawson is an English author who currently resides in New York. When she's not writing, she spends her watching movies and hanging out with her family. She is the author of the following young adult books: The War Kids Series and The Sanction Series.

Special thanks to Cami at Reading Addiction Virtual Book Tours for the ebook for review as well as the chance to bring this tour to you. (THANKS!)  For more information on this title, THIS TOUR, the author, or those promotions on the horizon, feel free to click through the links provided above.  This title celebrated its book birthday at the start of the month, so seek thee out a copy now.

BEFORE YOU GO...
DON'T MISS YOUR CHANCE TO ENTER TO WIN A $20 GC IN THE TOUR WIDE CONTEST!  THERE'S STILL TIME SO JUST CLICK HERE TO GET YOUR ENTRIES IN NOW!

glad your enjoying the story. Me and my daughter had a lot of fun planning it.