Today, we are proud to bring you a release day party courtesy of Faye Rogers PR.  It stars a self-published Romance ebook that sounds like it has quite a bit of intrigue, and mystery, to draw fans of the genre as well as those outsiders looking for a way to step in.  Ready or not, the spotlight is shining on what could be your next favorite read....

Following Evan
by
Elida May

Three years on from the sudden death of her husband Matt and a subsequent miscarriage, interior designer Laura is still lost in grief, hiding out in the smart London townhouse that was going to be her family home. On the encouragement of her best friend Carla, she signs up to a dating website and receives a message from a mysterious stranger, imploring her to visit him in New York because he has seen her face in his dreams. Meanwhile, Laura visits an art gallery and is captivated by a painting of a beautiful woman in a flowing dress. It seems to be speaking directly to her, beckoning her to take a leap of faith. These seemingly disparate events lead Laura on an epic journey to the bustling streets of the Big Apple and the desert landscape of Wyoming, where the clues to her future happiness are waiting to be discovered…

Elida May was born in Albania in 1972. Growing up in a Communist country,
where access to books was severely restricted, helped to nurture her love of the
written word, and she avidly read whatever genre she could get hold of,
including a lot of European literature. Today Elida lives in London with her son
Elidon. Following Evan is her first novel, and she is currently working on her
second, Diary of Michael Vica.

A little sneak between the pages... 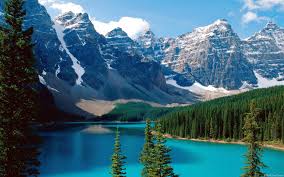 WIPING the silver frame, Laura stared sadly at a picture of her
and Matt skiing in the mountains. Her mind was lost in a
white chill: empty, unconnected and exhausted. Too weary to feel,
to think, to escape even into the usual comforting fantasy she had
built for herself. This is what her world had shrunk down to.

She moved slowly and listlessly to the window without
disturbing the stillness that had been her armour for three
interminable years, 37 months, more than a thousand tired days
and unrefreshing nights. She had seen the old pear tree at the
end of the garden lose its fruits, the last of which were still rotting
on the grass. Now the wind was taking its leaves and rain
dripped from its branches.

This window was her eye to the world; its gentle quietness
demanded nothing and spoke to her in language she could
understand, especially during these winter evenings. The grey
sky, the falling darkness, the approaching night...this was as
much as she could cope with.

Friday 17th June
What Danielle Did Next

Blabbering About Books And More

From A Yellow House

Special thanks to Faye for the chance to participate in this promotion.  (THANKS!)  For more information on this title, the author, or those promotions on the horizon, feel free to click through the links provided above, and be sure to follow the rest of the tour!