Today, we're shining the spotlight on a Middle Grade Fiction title that just celebrated its BOOK BIRTHDAY last week.  It's a moving story that explores loss, secrets, and controversy, while at the same time reminding us that one voice can make a difference.  Pretty powerful stuff for a kid lit pick, right?  You better believe it!  Ready or not, here comes today's book of choice... 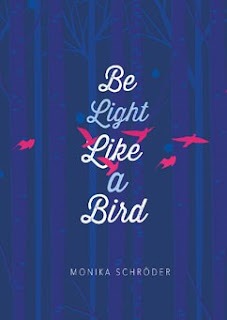 About the book.....
After the death of her father, twelve-year-old Wren finds her life thrown into upheaval. And when her mother decides to pack up the car and forces Wren to leave the only home she's ever known, the family grows even more fractured. As she and her mother struggle to build a new life, Wren must tackle issues with the environment, peer pressure, and bullying. More than that, she must cope with the difficulty of forgiving those who don't deserve it as she discovers what it means to be a family and the secrets and lies that can tear one apart.

It's a phrase Wren's father use to say to her, before the accident that would change her and her mother's lives for always.  It meant for her to go with the changes of life but not so much so that he was without her own sense of drive and direction...two things that she most definitely was in short supply of since that fateful day.  No one expects their parent to pass away.  We know someone in our minds that one day it will happen, but choose to live in the "might" rather than the "when".  It's understandable; loss at any age is felt greatly by the heart, but perhaps even more so when the one you should be sharing the grief with reacts in almost the exact opposite way in which you envisioned.
Wren is a wonderful young girl, full of spirit, curiosity, and a love for the beauty that surrounds her.  The loss of her father shakes her to her core causing her world to shift off axis to a place where those things that formerly brought her enjoyment, tortured her heart with bittersweet memories.  Even more shocking than that is the curious reaction of her mother.  To say they were a close knit family may be a stretch but Wren liked to think they were, and so when her mother was soon moving them around the country, dating strange men out of the blue, and once the "relationship" ended, leap frogging to another town, her state of distress grew exponentially.  She just couldn't understand how barely a month after her father had passed away, her mother was able to move on...nor could I for that matter, but I had a little adult insight to curb my curiosity.  I had a feeling about the papers Wren saw her mother burning the night the tragic news was delivered, but even that supposition did not prepare me for what actually lay ahead.  I gladly got my hopes up that things would pan out for our little Wren AND her mother, but as the story unfolds, they aren't the only souls about to be touched.

The author does a splendid job of creating characters (however short the spotlight on them might be) that you want to know more about while cultivating a story that's multi-faceted.  I enjoyed getting to know Wren and her mother but I was also a big fan of Theo and his father (two hearts also touched by tragedy), Mrs Russo, Randle, and Mr. Leroy...while at the same time a definite NON fan of Carrie, her father, and Victoria (*grr*).  There are reasons for my feelings on both sides of things, but I'll leave them for another time.  Story wise, we've loss and the stages of grief, all things that a heart needs to heal from, but woven within all of that is a message of conservation and a call to stand for those with no voice...in this case, Mother Nature, both the land and the wildlife.  I could almost see Pete's Pond as if I was right there with Wren.  I could almost hear the birds calling to one another as this one takes flight and that one hops along the ground looking for something to eat.  The ripples moving ever outward as we drop a pebble in the pond.  It was a thing of beauty in a time of sadness.

To conclude, this was a very surprising read, especially with everything that it covers in such a short span of pages, but I for one, enjoyed it.  It touched my heart and made be believe that while yes, tragedy can strike anyone, anytime, it's not the end by any means.  Even when all the secrets catch up to us, all the lies have their covers blown, there will still be those that carry our better days in their hearts and minds, thus allowing us to leave our mark on the world, no matter how small. 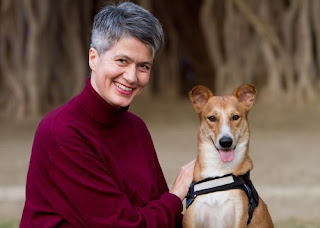 Monika Schröder writes novels for middle-grade readers. Her books include My Brother's Shadow, which was nominated for the 2014 New York State Reading Association's Charlotte Award; Saraswati's Way, a Story of an Indian Street Child, which Bank Street College named one of the best books of 2011; and The Dog in the Wood, which earned a starred review from Kirkus and was chosen by Voya as "Top shelf fiction for middle school readers." Monika grew up in Germany but has lived and worked in Egypt, Oman, Chile, and India. She brought an Indian Street dog, whom she calls Frank, from New Delhi to her current home in the Blue Ridge Mountains of North Carolina. When Frank isn't demanding her attention, Monika invents vegetarian dishes, bakes cheesecakes, and tends her garden.

Special thanks to author Monica Schroder and the Capstone team for the ARC for review.  (THANKS!)  For more information on this title, the author, or the publisher, feel free to click through the links provided above.  This title just release September 1, 2016, so be on the lookout for it on a bookstore shelf or virtual retailer of your choosing.

It sounds like this book deals with a lot of themes many of which young readers will relate to.

Great stuff, thank you for featuring this.