The Velvet Hours by Alyson Richman

Today, we're traversing the Atlantic Ocean as we seek out the setting of our latest bookish escapade, gay olde Paris.  It's a Historical Fiction novel that takes us to the cusp of WWII and while one would presume the story would be focused severely around those earthshaking events, there are other matters closer to the heart that will impact our lead characters just as much if not more.  Ladies and gents, feel free to don your most lavish outfit and raise that nose high in the air as we make way for today's book of choice.. 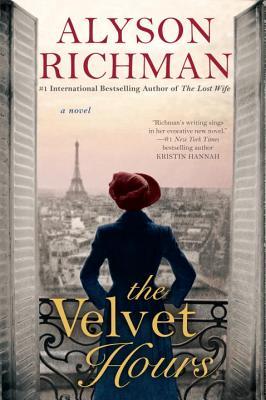 About the book...
As Paris teeters on the edge of the German occupation, a young French woman closes the door to her late grandmother’s treasure-filled apartment, unsure if she’ll ever return.
An elusive courtesan, Marthe de Florian cultivated a life of art and beauty, casting out all recollections of her impoverished childhood in the dark alleys of Montmartre. With Europe on the brink of war, she shares her story with her granddaughter Solange Beaugiron, using her prized possessions to reveal her innermost secrets. Most striking of all are a beautiful string of pearls and a magnificent portrait of Marthe painted by the Italian artist Giovanni Boldini. As Marthe’s tale unfolds, like velvet itself, stitched with its own shadow and light, it helps to guide Solange on her own path.

Inspired by the true account of an abandoned Parisian apartment, Alyson Richman brings to life Solange, the young woman forced to leave her fabled grandmother’s legacy behind to save all that she loved.

It's a story that's as sumptuous as the layers our Marthe de Florian dresses herself in...and in so many ways other than fashion itself.

Here, we've the stories of two women that intertwine in ways they never expected and lead to unforgettable connections of the heart.  Marthe de Florian, though not always known by that moniker, exemplifies the ever posed question of "what's in a name".  Can you imagine being able to take up a new persona at the drop of a hat, with nary a care in the world?  That change, however subtle, was one of many things that molded her into the memorable woman she came to be. Her past is a rags to riches story but her present, despite its luxuries, still has her living in a gilded cage of sorts.  You see, Marthe fell heart first for a man that wasn't as free as he seemed but times being what they were and emotions running higher than the Eiffel Tower would stand, there was one option for their desires that wasn't as uncommon as one might think...that of a kept woman.  Though not what she aspired to be in her younger days (though young she was still), the overwhelming love she felt for this man, the world he created for her with it's lack of hardships and ever increasing beauty, presented too tempting a picture for her to refuse.  Fast forward so many odd years and we've got another young lady on the cusp of womanhood to meet that just so happens to be of blood relation...

That's right.  One of the past missteps Marthe took included the arrival of a child she had no way of caring for, or so she thought at the time, thus she opted for its care to be placed in the hands of a fellow seamstress with love to spare.  The young lad grew up, learned of his adoptive state, and...moved on, never really taking the time to get to know the woman who didn't want to know him (or so he thought).  He married and lost the love of his life, but held on to a piece of her heart within his daughter, Solange.  Solange is a spirited young lady, not unlike the "matriarch" Marthe de Florian, and that restless nature is what leads to an introduction that begins with a healthy dose of awkwardness, but ends with more love than one thought possible.  It happens in the telling of her story, Marthe to Solange, and reliving the past through vibrant reminiscences of the good, the bad, and the trying times.  There is much misfortune, but there is also love, and always, ALWAYS great beauty.

In the end, all I could think to myself was...oh my. It was such a moving piece with so many facets to experience of a life well lived...and to think, the inspiration came from a true story just put it over the top.  Can you imagine stumbling into something like that?  A whole family history you never knew of just sitting in wait for that one day...remarkable.  Recommended read for adult readers, whether fans of Historical Fiction or not.  There is so much to love here that anything, including genre, that stifles the audience reach would be a wrong against it. 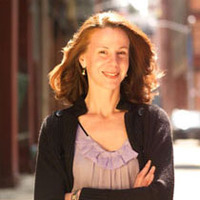 Alyson Richman is the internationally bestselling author of the The Garden of Letters, The Lost Wife, The Last Van Gogh, The Rhythm of Memory (previously published as Swedish Tango) and The Mask Carver's Son. Her novels have been translated into eighteen languages and are known for their rich historical and artistic detail. She lives in Long Island, New York, with her husband and two children.

Special thanks to Meg at Tandem Literary for the ARC for review.  (THANKS!)  For more information on this title, the author, the publisher, or those promotions on the horizon, feel free to click through the links provided above.  This title just celebrated it's BOOK BIRTHDAY this week (*throws confetti*) via Berkley Books, so be on the lookout for it on a bookstore shelf or virtual retailer of your choosing.