WANT versus NEED: A Scandalous Matter by Margaret Locke

Today, we're indulging in book three of the Magic of Love series from one of my favorite authors, Margaret Locke!  (~waves~)  I had the pleasure of reading the first (A Man of Character)﻿ last year, and the second (A Matter of Time) earlier this year, so when the opportunity came around to partake in the latest journey of the heart...my answer was a resounding YES.  It may have also included a small happy dance, and a fist pump or two, but you know...you couldn't see that.  *hehe*  Anywho...back to the matter at hand.  (Get it...matter...as in part of the title?  ^-^)

The selection on the docket today is a Contemporary Romance with a bit of magic, a lot of relationship potential, and a whole lotta sparks.  NO, really.  We're talking set the neighborhood on fire, not just your own house, so consider that a word-to-the-wise that it's not for kiddos.  I must say at the start that although it CAN be read as a stand alone, it wasn't meant to be read that way and you'll be missing a lot of the magic if you skip around, so friendly suggestion...get the other books under your belt first, kay?  Kay.  Now, for those of the adult persuasion, get ready to be whisked away to a time and place that, okay...isn't really unlike today because it actually takes place in 2016, but it features a feisty "heroine-to-be" from the 1820's.  The featured book of the day is... 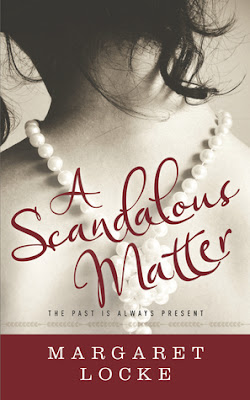 About the book...
The past is always present. Independent, spirited Amara Mattersley may live under scandal's shadow, but at least the nineteenth-century Regency society judging her is familiar. That's all about to change when she finds herself in twenty-first-century Charlottesville, Virginia-and locking horns with one very befuddling, very male, UVA professor.

Computer science professor Matthew Goodson has no time for love-no time for anything, actually, but his quest for tenure and his obsession with the screen. The last thing he expects is to get side-swiped by this adorably odd British miss. Yet something in her calls to him, pulls at him, in a way unknown-and uncomfortable.

Can the past and the present blend together into a mutual future? Or will old wounds and new complications sabotage any chance at a twenty-first century happily ever after?

It was amazing! It was incredible! It was everything I've come to expect from this series with a tease of the author's next work that is certainly going to be on my wish list!
*ahem*
Needless to say, I liked, nay...LOVED IT!  BUT...for the uninitiated, allow me to elaborate a little more of the book's awesomeness with something other than fan girl ravings.  ^-^

Cat is back, this time accompanied by her husband, Ben, and her little boy, Washington, and she's meddling...I mean, playing Cupid...once again.  This story is a bit different from her own heartfelt wishes, or those that sent her best friend from here to the early 1800's though.  This time, the past is coming to the future in the form of Amara Mattersley.  Though the magic of the story works around the idea of finding your other half, Amara has no interest in endeavors of the heart.  I can hear you now...how's it gonna work then?  Well, you see fair readers, what we WANT and what we NEED are not always one in the same, case in point here, and the same can be said for her potential match, Matthew Goodson.  An odd pairing when the basic facts are taken, he being a computer science professor and she being from a time when computer science was more fiction than fact, they actually work quite well in reality...and by "well", I mean they hit it off in more ways than one.  *wink wink*


The simple truth here, neither is looking for a commitment, only a little fun...but sometimes fate has other things in mind and when the heart gets involved, yeah...the tables can turn quicker than you can imagine. Their "little fun" turns into something potentially more...or at least it would be if either would actually tell the other what they were thinking, feeling, SOMETHING!  Geesh!  For a technologically advanced society, we're not always the best at communication.  One thing leads to another and another and soon...it may all unravel before it's really begun.  Will this couple-to-be actually get a chance to "be" or will circumstance and the past overshadow their bright and glorious future?  You'll have to read it to find out, but you'll be glued to every page as you race to the finale...

With a healthy dose of today as well as yesterday, this book had broad appeal to Contemporary and Historical Romance fans alike.  Amara is a very likable character, strong-willed, eager to take on the world, and yet held back at times by the societal truths of her century.  Matthew is a great guy, though a workaholic, with a BIG heart hidden away under all that "no strings" exterior...and what an exterior!  *wink wink*  It was a pleasure visiting with familiar faces, getting to know these two and meeting their families as well, whom I gather may be featured in upcoming stories (*crosses fingers*). 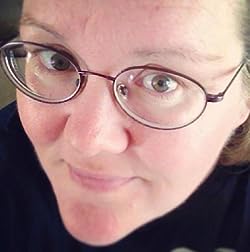 A lover of romance novels since the age of ten (shh, don't tell mom!), Margaret Locke declared as a teen that she'd write romances when she grew up. Once an adult, however, she figured she ought to be doing grown-up things (such as earning that master's degree in medieval history), not penning steamy love stories. Turning forty cured her of that silly notion. Margaret is now happily ensconced back in the clutches of her first love, this time as an author as well as a reader.


Margaret lives in the beautiful Shenandoah Valley in Virginia with her fantastic husband, two fabulous kids, and two fat cats. You can usually find her in front of some sort of screen (electronic or window); she's come to terms with the fact that she's not an outdoors person.

Special thanks to author Margaret Locke for the SIGNED copy for review.  (THANK YOU!!!)  This title is available now via Locked on Love Publishing, so be on the lookout for it on a bookstore shelf or virtual retailer of your choosing.  Don't forget, in reading as in life, the more the merrier, and what better way to be merry than starting the series from the start!  Book 1 and 2 are also available in ebook and tree book formats and while this can be read as a stand alone, it makes a much better companion to the previous set...besides, once you get started, you won't want the adventure to end!

An adorably odd British miss? Loving well written female characters as I do this is definitely one I'll keep a look out for.