The Scholar, the Sphinx, and the Threads of Fate by A.R. Cook

Hi gang!
Welcome back to Satisfaction for Insatiable Readers...the place to be when your reading palette is as varied as the paint palettes at a hardware store.  You know you want SOMETHING different, but just what is the question indeed!  Allow me to lend a hand, or a suggestion or two...

Today, we're diving between the pages of the FINAL BOOK of a Young Adult trilogy I started reading back in 2014.  It's written by an author that I had a workplace connection with of sorts (once upon a time, she worked at the same chain bookstore as I, just in another city/state), and over the past few years, I have had the opportunity to work with ﻿her as she released the first two installments in what is now a thrilling fantasy trilogy just waiting to be devoured.  Oh, wait a second...perhaps I should hold my adoration in check until I actually bring you up to speed.  Hmm...perhaps.  ^-^  Well then, no time like the present!  Ladies and gents, join me for an adventure you won't soon forget as we welcome today's book of choice.. 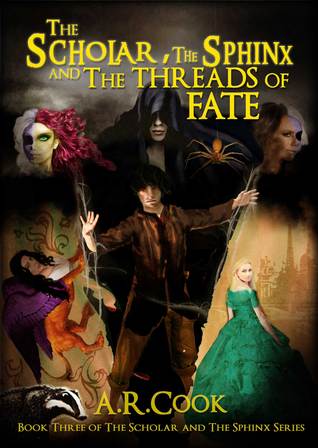 
About the book...
Le Havre, 1854. After having had his existence erased by Lord Nyx, the incarnation of the slain night goddess, eighteen-year-old David Sandoval has forgotten everything about himself and wanders lost in a city both familiar and foreign to him. No one can see or hear him, yet something or someone still ties him to the world, enough that the forces of Madness are aware of him and out to possess him. With the help of the storyteller Anansi and a witch's cat Vasilisa, David traverses the places and people of his past, gradually regaining his memory, until he must face the Fates, the weavers of the magical Curtain that not only divides the human world from the mythical realm, but also holds everyone's destinies.


Can David have a new destiny woven for him, and will the price be higher than he is willing to pay? Meanwhile, the sphinx Acacia finds herself in league with the Asgardian warrior Tyr and the vengeful wolf Fenrir to defeat Lord Nyx once and for all, and an old friend of Acacia's, the Master Huntsman Gullin, is coming with his guild of hunters to side with her in the final battle. What Gullin will have to sacrifice may spell his doom, and may not be enough to take down the night god. Is this the final curtain for the scholar and the sphinx, or will their bond prove to be the key to saving both of their worlds?

WARNING!  This book series SHOULD BE READ IN ORDER of publication.  If you choose to ignore my strong suggestion, the consequences will be confusion, perplexed expressions, and ultimately madness...at yourself for not listening.  What...you didn't think you'd ACTUALLY go mad now did you?  Silly reader... ^-^ ...but seriously, read the others first, or at the very least catch up on the series with my review of book 1 and book 2...now that that's settled...

In this the final installment of the beloved The Scholar and the Sphinx series, much as anticipated, expected even, and...it did not disappoint.  The author deftly drops us back into David's story not very long after we previously left...that is, if he knew it was actually his story.  That's right...he's been struck with the worst case of amnesia a person could contemplate having.  Wait, make that EVER WORSE because it's not just a few blank spots, it's quite literally everything.  How'd it happen? Well, you see, he peeved a particular reincarnation of Nyx that has a temper like none other and apparently he's the key to his master plan failing (that plan being to rule them all...minus a magical ring *hehe*).


Yeah...peeved with a capital P is an understatement but because Nyx is so level headed (bwhahahahaha!  Not this verson!), he reacted with grace and majesty and...ripped David's threads right from the tapestry of life.  *gulp*  Did I say he was mad?  Yeah...definitely mad.  HOWEVER, though all might SEEM lost, there is an unforeseen complication Nyx didn't anticipate.  It's his one blind spot, created by himself...and thanks to that one neglected area, his plan may still be stopped from reaching its decidedly dreary end.  It's gonna take a lot of effort, a huge dose of courage, and many hands to accomplish...but first things first.  David's got to be turned from a mere shadow of a memory long forgotten into a flesh and blood boy once again.  No big deal, right?  *gulp*

The whole gang is back (well, those who survived the previous adventures) and ready to do battle to save their world from being torn apart from the evil lurking within.  It was wonderful to catch up with these familiar souls once again, even when facing the dangers heading their way. From Tanuki (love him...and apparently so does someone else...oooh!) and Baba Yaga (she may be a witch but she's HI-larious!) to Acacia (she does some VERY daring and dangerous things here guys!) and Gullin (the big lug...how could he NOT tell us about that...that...never mind...), the familiar are making their presence known and taking a stand.  BUT...even those we thought we knew may surprise us though as all the stops are pulled out in order to gain some sort of advantage.  Just who and what will remain cloaked in shadow for now, but if you care to lift the veil of mystery, all you need to do is grab a copy and read...


Recommended for YA Fantasy fans and beyond!  Trust me, I don't embark on a lot of high(er of ish) fantasy reads but this series had my full attention from start to finish.  Yes, it was THAT good. 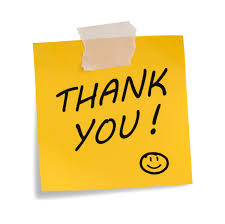 Special thanks to author A.R. Cook for the copy of review.  (THANKS!)  For more information on this title, the trilogy, the author, or the publisher, feel free to click through the links provided above.  This title is available now via Mithras Books, an imprint of Knox Robinson Publishing, Ltd., so be on the lookout for it on a bookstore shelf or virtual retailer of your choosing.