Today, we're welcoming back TLC Book Tours with another MUST READ title for your wish list.  It's the second book in the From Manhattan with Love series, and is sure to set your night on fire.  What?  The tension is totally palpable and the potential couple (as well as their friends) are completely amazing, but that doesn't mean they don't have their quirks and hang ups, as we're about to find out in spades.  Ladies and gents, hold tight to your significant other as we turn up the steam with today's book of choice... 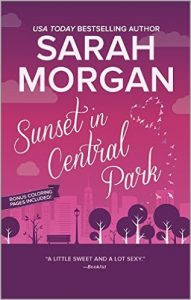 About the book.....
In the chaos of New York, true love can be hard to find, even when it’s been right under your nose all along…

Love has never been a priority for garden designer Frankie Cole. After witnessing the fallout of her parents’ divorce, she’s seen the devastation an overload of emotion can cause. The only man she feels comfortable with is her friend Matt—but that’s strictly platonic. If only she found it easier to ignore the way he makes her heart race…

Matt Walker has loved Frankie for years but, sensing how fragile she is beneath her feisty exterior, has always played it cool. But then he uncovers new depths to the girl he’s known forever and doesn’t want to wait a moment longer. He knows Frankie has secrets and has buried them deep, but can Matt persuade her to trust him with her heart and kiss him under the Manhattan sunset?

Book one introduced us to Paige and friends.  Book two takes us into the lives on of one of those friends in particular, Ms. Frankie Cole.  She's a girl with a checkered past through no fault of her own who doesn't believe in trusting another person with her mind, let alone her body and soul.  Reason?  A childhood fraught with instability, that could shake anyone to their core, with lasting effects.  Frankie pretty much believes herself unlovable thanks to "dear old dad" and a succession of other scuz buckets that weren't worth the space they occupied...but you see, her gal pals don't share that opinion, nor does the possible object of her deeply hidden desires.  Don't worry, he won't mind the "object" reference...

Enter one Matt Walker.  He's the studly neighbor, brother of Paige, and lifelong friend that has Frankie's insides in knots, but she's not the only one feeling the pressure.  You see, Matt has been harboring feelings for her for quite some time.  He prides himself on knowing everything about her but that perception is going to be shattered by one long weekend that takes them back to where it all began...and shows him just how much control he does NOT have.  Secrets have a way of exposing themselves, but also of festering if left to their own devices. There are plenty of both here, but the real question is how to deal with the fallout because there are some things that can not be undone once unleashed, no matter how much we might wish and dream.

In the end, it was a sexy, fun, and flirtatious ride through the city streets of New York and the natural beauty of Puffin Island.  Frankie was a likable character, easy to relate to despite her own doubts, and when she came into her own, she really shined...even more so than she did at first.  Matt was everything you could hope for in a book boyfriend...and more.  His patience was unending as was his sexy smolder, and when combined with his knight in white armor tendencies, he was just the "hero" she needed to bring her around.  Amazing what a little patience can do.  Add to this delicious mix a bestie that's not afraid to meddle if a friend (or brother) seems off course (Paige) and another that is in love with love despite the losses and lack thereof she's experienced as of late (Eva), and you've got a grand story that's set your heart on fire. 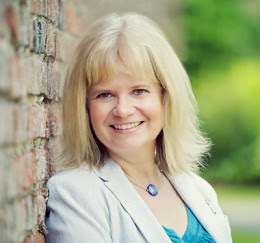 Special thanks to Lisa and the TLC Book Tours team for the chance to bring this promotion to you  as well as the folks at HQN Books for the ARC for review. (THANKS!)  For more information on this title, the series, the author, the publisher, or those promotions on the horizon, feel free to click through the links provided above.  This title is available now, so be on the lookout for it a bookstore shelf or virtual retailer of your choosing.

BE SURE TO CHECK OUT THE REST OF THE TOUR AND GET YOUR NAME IN FOR THE $25 GIFT CARD!

I'm really liking the sound of Frankie. A character I think many readers will relate to as I think most of us know a 'Frankie.