I know, I know.  There's been a definite bit of blog silence, much more than I wanted or intended, but I'm back and ready to slay my stack of read-and-need-to-review books.  So, who's with me?  ^-^ As I type this particular post, my area is under a Hurricane Hermine watch.  Yeah.  Whoop-de-doo.  Sorry, I'm not impressed...we had rainstorms worse than anything I've seen from this system just last week...and frankly, I've reading and blogging to do so while the weather continues to un-impress me, I plan to do the opposite with all of you.  This is actually the SECOND time I'm typing this within the last two hours because my laptop decided to crap out on me suddenly and when I restarted, it didn't save a lick of what I typed.  *grumble*  No matter, we'll call this version 2.0 and go with it.  Now, where was I ... 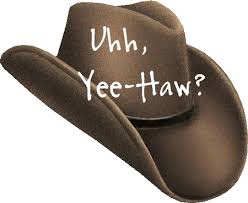 Today's post has us playing host to a TLC Book Tours promotion making its way through the blogosphere.  This team of fab bookish folks has been pivotal in introducing me to several new-to-me authors that I may not have tried previously, including the one on deck today.  It's an author whose no lightweight in the fandom department and whose work I have stopped to look at on occasion, but I could never make that final step to purchase/read.  Why?  I judged by a combo of the description that drew me in somewhat and was pushed off by the cover...or more specifically, one particular facet of her covers, the hero type.  What hero type, you ask?  Cowboys.  I'm sorry (or rather not), I know I'm probably breaking some rule of attraction here but the ten gallon hats, pointed boots, lazy drawl, GIANT...belt buckles...do nothing for me.  So, seeing how THIS title shares that particular hero type on the cover, how did my adventure through the pages turn out?  You're about to find out.  Ready or not, today's book of choice is... 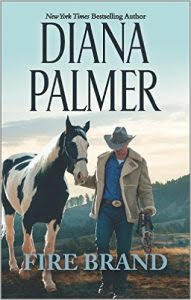 About the book...
He’ll risk his whole heart to save her from the past

Gaby Cane was always a bit afraid of her attraction to Bowie McCayde. Even when she was fifteen and Bowie’s family took her in, she had sensed his simmering resentment. Now ten years later, she’s an aspiring journalist who can hold her own with any man professionally, the dark shadows of years gone by far behind her. Then Bowie strides back into her life—only this time, he needs her, and the pull of loyalty to his family is too strong to ignore.

When Bowie asked Gaby to help save his family’s Arizona ranch, he never expected the girl he once knew to return transformed into a stunning, successful woman. As they work together, Bowie is shocked to find that her innocence and beauty stir a hunger he can’t deny. But the rogue rancher can sense something holding her back, and he’s determined to uncover the terrible secret Gaby is fighting to keep hidden...

This is no Marvin Gaye song...more of a Bruno Mars...and yet there is an old-fashioned quality to the characters and story that lend it a mystery all its own.  There are many points to impress and a few to ponder, but I'm going to break my experience down list style, if that's all right by you.  Hang on to your hats, ten gallon or not, because here we go!

The characters...
From the McCaydes to the "hired help", the potential interloper/gold digger to the sorta adopted daughter, there is nary a soul worth missing in this book.  Aggie McCayde was a feisty matriarch and wonderful mother, even if she had her doubts from time to time.  The love Bowie McCayde (her son) had for her, despite his not-so-nose-in-her-business way of showing it, was touching and really served to give his character depth...even if all many readers will be focusing on is the shallower end of the thought pull because really, he's pretty darn dreamy.  *sigh*  Montoya and Tia Elena were gems, and never really felt like outsiders or the "help" that they were, but an extension of the family.  Speaking of familial extensions and yet SERIOUSLY NOT a blood relative in the least, Gaby was a desert rose to behold.  Her sweet nature despite her darkened past made her THAT much more endearing, and she blossomed beautifully under the affection of more than one McCayde.  *ahem*

The love stories...
We've Aggie and Mr. Courtland...a second chance love affair...that may or may not happen if Bowie has anything to say about it, but in either case, it was sweet.  Seeing her kind heart swept up in affection was certainly something to celebrate, so long as the suitor was true.  That was definitely a questionable aspect of it.  *glares at "Mr. Courtland"*  Then we've our featured potential couple, Gaby and Bowie.  Oh my.  The steam and sparks these two put off are VERY dangerous for a desert environment as too much can catch fire from even the heated glances.  There's definitely something to be said for taking things slow though and the sensual walk these two lead us on is certainly not without its points of interest.  *ahem*

The side (yet-not-so-side) story....
It's not just about potential couplings or awakenings of the heart but about fighting our demons of the past, breaking through heartache they seems to have stilled out world, and not letting the man get us down, or big-wig corporations ruin the splendid natural surroundings and environment.  There are secrets to uncover, bullets (quite literally) to dodge, and promises made in the heat of the moment that may not be able to be kept from the most stalwart of hearts, but it all goes into making for a multi-layered story that can be enjoyed by readers looking for more than simply a romance to usher out the last days of summer.

The characters...or more particularly, Bowie and Gaby.
I know, I've been singing their praises and now I'm bashing them...but hear me out.  For as much as Gaby was freaked out by someone else having control over her or the situation (with good reason), she didn't seem to mind in the least with Bowie...and yet at times she SEVERELY did.  For as much as Bowie preached he would never hurt her or back her in a corner, he did...verbally and physically.  Their "connection" on the rocks should have sent her into a tailspin.  His semi-demanding ways of ordering their physical contact seemed like too much of a power display.  I sort of get it, they were comfortable around each other, they had built up trust of a sort over the years, but it just seemed off from how they were each portrayed.  I REALLY wanted to fall head over heels for Bowie...but there were times when he felt too forceful, even if he was just trying to get her to lower her barriers.  There was one instance where he was commenting on her wearing her hair down and how he preferred it that way that had I been her, I probably would have grabbed the nearest scissors and cut it off just because I could.  Anywho...

In the end, I've determined ranchers aren't the same as cowboys per se, at least not in the stereotypical sense, so they may proceed to share a small part in my line up of preferred hero types, just not center stage.  I enjoyed the book on the whole, but even as I turned the final page, I couldn't really balance the personalities of our leads and the way they reacted with each other.  Perhaps you'll react differently, but you'll never know unless you give it a go.  Recommended for adult readers due to some circumstances and definite meetings of others things than their minds... *smirk*

The prolific author of more than one hundred books, Diana Palmer got her start as a newspaper reporter. A New York Times bestselling author and voted one of the top ten romance writers in America, she has a gift for telling the most sensual tales with charm and humor. Diana lives with her family in Cornelia, Georgia.

Special thanks to the TLC Book Tours team for the chance to bring this promotion to you as well as the Harlequin Books crew for the copy for review.  (THANKS!)  For more information on this title, the author, the publisher, THIS TOUR, or those on the horizon, feel free to click through the links provided above.  This title is available now via Harlequin Books, so be on the lookout for it on a bookstore shelf or virtual retailer of your choosing.  DON'T FORGET TO ENTER THE TOUR WIDE GIVEAWAY FOR YOUR CHANCE TO WIN A $25 GIFT CARD!  JUST CLICK HERE TO ACCESS THE RAFFLECOPTER FORM!

Great review .... eventually. AAAGGGGHHH! I so feel for you, your work wiped out like this.

Hmm, not sure this is one for me. You know I love a good character and reading your thoughts I'm pretty sure I'd find these characters frustratingly hard going.