Here's to the Hereafter: Moristoun by Kevin McAllion

Today, we're exploring the fictional hereafter for those that choose a faster means of leaving this plain of existence.  Yes, I'm talking about the "final destination" for those that take their lives into their own hands...well, perhaps "final" isn't the best choice of words since the aim isn't to stay there forever, but I'm getting ahead of myself.  Kick back, relax, and grab hold of your sense of humor because today's bookish adventure is anything but serious and yet deathly so.  Ladies and gents, the book of choice on deck is... 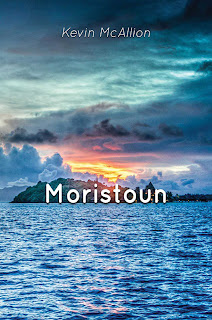 About the book...
McSorely has had enough. His life has spiraled out of control and nothing has gone his way. There seems to be only one option open to him, one last thing he can do to take control of his fate. All hope is lost.

But far away on the mysterious island of Moristoun, Buchan is charged with the task of dissuading McSorely from this drastic course of action. Moristoun is where people like McSorely might end up, having exchanged one kind of hopelessness for another.

A glimpse of the ‘life' he might be heading for might change McSorely's opinion of his own existence, but a glimpse of the entrancing Gail behind the bar in the pub and a hint about Moristoun's true nature could render all of Buchan's efforts to rehabilitate the despairing McSorely equally hopeless.

So, let me summarize it a bit more even.
Moristoun is one of several islands where those of Scottish decent are relocated after untimely death's by their own design.  It serves as a sort of purgatory, a place where sins can be atoned for, enlightenment reached, and one day a permanent move can be made to a better place...well, at least for most.  You see, UP is not the only way to move on from here.  Despite the fact that their mortal lives are over, if evil still prevails in their heart of hearts or they commit an act in this part of the afterlife that is heinous enough to warrant it, they are placed on trial and sentenced to...the appropriate punishment...i.e. a one way ticket DOWN.  Sounds like a keen place, right?  Umm, yes and no...

Aside from having rules just as our own lives do, they have roles to fill and be filled.  One important role among the community is that of a lawyer.  Yes, even in the halfway afterlife, there is a need for representation in a court of...well, not your peers exactly but those that set the rules and determine your fate should ye break same said rules.  Buchan and Farqhuar are the two set for this isle and, believe me, of the two you'd MUCH prefer Buchan.  He ended up here the same way as everyone else, but, after a little wavering, is on his way to securing a move to a better place...IF he can get his two Q101's completed without incident.  What's that?  What's a Q101?  Well, it's a living soul among the immortal, and right now Moristoun has TWO on their fair shores...and neither has any clue about their status versus the other residents of toun.  Pretty hard secret to keep, right?  Yeah, but a necessary one unless you want an instant end to your stay on the island.  Yeah, better to keep one's mouth glued shut.  *-* 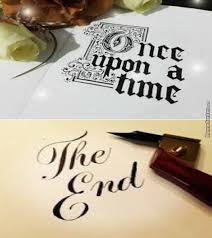 Despite my understanding of the story, the curious nature of the concepts explored, and my affinity for some of the characters, I can't say that I'm a raving fan.  Though reading about purgatory (again, of sorts), I myself felt at times I was in it as well.  I think the thing that really got me was how the story drags in places.  It's not overly detailed, and the flashbacks to Buchan's history weren't overly indulgent, but somehow or another between McSorely's arrival in Moristoun and his and Gail's supposed chance at an exit, the story fell stagnant. We learned much of McSorely, yet not of Gail, whom the story centered around versus on.  Was it digging into Hogg's case that did it?  A bit.  Was it the extended time utilized to show McSorely around the toun (basically a here's-what-you-won't-be-missing situation)?  A little.  Was it all the talk of the illusive Book (seven languages to learn JUST to read it?  Oye!) yet never getting to actually catch a glimpse of it?  Maybe.  I can't put my finger on any one thing in particular, but it left me parched and reaching for the end.

Overall, a curious story as I've said with much going for it (originality, characters, humor in odd places) and a tad against (the dragging).  If you go in with the knowledge of a few dry spells, you should be just fine...allowing you to take in the wonder that is Moristoun, and yet NEVER EVER wishing to visit it or a place like it in any lifetime. 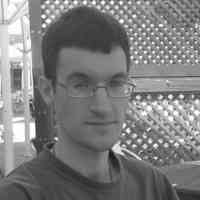 Kevin McAllion is a sports journalist who works for the Daily Record and Sunday Mail in Glasgow. Kevin has traveled around the world, visiting Japan, Korea, Hong Kong, Thailand, Bali and Australia. He eventually returned to Thailand, where he remained for 18 months, working as an English teacher for Berlitz. He returned to Scotland in 2004 where he then became a sports journalist and was even part of the Daily Record sports desk that won Sports Team of the Year at the 2014 UK Press Awards.

Special thanks to author Kevin McAllion for the signed copy for review.  (THANKS!)  For more information on this title, the author, or the publisher, feel free to click through the links provided above.  This title is available now via Austin Macauley Publishing Ltd, so be on the lookout for it on a bookstore shelf or virtual retailer of your choosing.