Today, we're joining a TLC Book Tours promotion already in progress starring the latest release from author Kaira Rouda.  I had the pleasure of moderating a chat with Ms. Rouda a week or so ago over on the TLC Readers Facebook page.  We got into the inspiration for the story, found out whether any characters have real-life counterparts, and a whole lot more, so if you didn't have the chance to join us live, click on over for a read through at your convenience.  In the mean time, let's get to the book at hand, shall we?  Ladies and gents, it's time to welcome today's blog tour guest and book of choice... 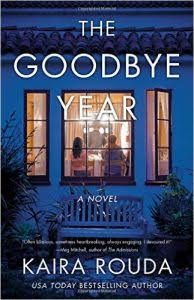 About the book...
Melanie, a perfectionist mom who views the approaching end of parenting as a type of death, can’t believe she has only one more year to live vicariously through her slacker senior son, Dane. Gorgeous mom Sarah has just begun to realize that her only daughter, Ashley, has been serving as a stand-in for her traveling husband, and the thought of her daughter leaving for college is cracking the carefully cultivated façade of her life. Will and his wife are fine-as long as he follows the instructions on the family calendar and is sure to keep secret his whole other life with Lauren, the woman he turns to for fun (and who also happens to have a daughter in the senior class).

As the title implies, the tale centers around that all essential final year of high school, whether from a student perspective or parental role.  It's about all those rights of passage, those big steps towards the future, and the changes for the family members left behind...that latter part is better known as "empty nest syndrome".  The thing is...not all the "growing up" is done by the kids in this story.  There are PLENTY of high school style antics, dishonesties, and "what-were-you-thinking-or-were-you-even-thinking" moments for the adult characters as well, and the effects of their choices are just as long lasting and wide spread...not only for themselves but those connected to them.

There are many "starring" characters in this story, and I don't know about you, but sometimes if there is a plethora of characters to keep track of, I can lose a vein or two of how they relate to another in the story.  The author puts that dilemma to rest by including the seemingly-unneeded-but-oh-so-useful character tree in the front of the book. (THANK YOU!)  So, I'm going to take a page from the author and share a few of my thoughts through the families represented.

The Bronson Family
Melanie - Wants her life to be perfect, her husband to be perfect, her sons to be perfect (especially Dane, seeing as Seth was "the ideal")...do you see a trend here?  All that self-imposed stress is knocking the family dynamic to shreds....and causing her to dive into the bottle a little TOO frequently.  Oh, and she's also the unofficial ear-to-lean-on apparently since everyone keeps spilling their secrets to her...guess they don't think twice since she's the new girl in town.
Keith - Loving husband and father, just trying to do the right thing by everyone...but things are still slipping through his fingers and if he doesn't play catch up fast enough, hearts are going to be hurt, and time with his younger son will be lost.
Seth and Dane - Brothers first, but unwilling competitors throughout their lives.  While Seth was presented as the pride and joy, Dane got the short end of the stick.  He wasn't a pure academic, more artistically inclined, but for some reason, that really irked his mom.  I was outraged at her shame when attending parent night and having to go to shop class.  So he took shop.  Does that make him any less?  Nope.  Not a bit.

The Nelson Family
Sarah -  I couldn't for the life of me understand how she let Jud make her over, especially the second time.  I just wanted to seriously punch him in the face.  She was a beautiful woman to start with....why change all of that?  So she could be a walking advertisement?  She handles herself and the situation that arises very well though, mad props for that and the connection she re-forged with her daughter.
Jud -  Utter butt.  I don't care how suave and smooth his "great-and-powerful" doctor-ness seemed, he was a butt with a capital "B".  I will give the high and mighty butthead this though, he really screwed up the situation with his family but the way he handled the reality of things with his daughter was admirable.  Still, it doesn't fix all the hurt and pain he caused.
Ashley -  Pretty great kid, despite her rebellious streak meant to throw her parental units off (aka the boyfriend).  She wandered off track a bit but has an awakening moment amid all the bigger troubles surrounding her that sets her back on the right path...and perhaps with a better partner this time.  *wink*

The Parker Family
Carol - Some would say she's a control freak; some may be right.  Thing is she doesn't deserve what she gets no matter how controlling she was of their daily lives and happenings.  A little too much order can be toned down, but what gets served to her is on the high end of crazy.
Will -  Meet "the high end of crazy".  Some would call him a player, others would say man-who**.  I prefer the latter for this guy.  *-*  He's in love with himself, hanging on to his playboy days any way he can with no regard for anyone other than himself.  He wants his cake and to eat it too.  Let's just say, his stroll down crazy lane ends up having him bite off more than he can chew...
Marni and Piper -  Sisters that just want their family to BE a family.  The latter is innocent as they can be, the former has her own secrets (she's a teen after all) but also carries the weight of one she knows about her parents.  I felt bad for them, especially what they stumble into, but trust me, you won't for too long because Marni definitely doesn't plan on letting things lie.

The Potts Family
David - A family man that is about to be clued into something he never imagined regarding those he holds nearest and dearest to his heart.
Lauren -  One of those "dearest" mentions, but not for long.  She's got one foot out the door and the other shoeless sharing a bed (well, not quite a bed per se, but a backseat, and several other locations) with someone that is not "her other half".  Oh Lauren, what a wicked web you've woven...hope you can live with the fallout.
Kiley -  "Interesting" kiddo that is anything but innocent and plays the blackmail card like a pro.  Let's just say, she's a key to the events about to incinerate the wholesome family unit so depended on by her father.

The Wilson Family
Zoe -  This is the mom we learn the least about; part due to circumstance, and part due to her self-involvement.
Collin - Of all the kiddos heading towards adulthood here, he's the one that has anger management issues, and gets into serious trouble he never saw coming.  Too blinded by rage that was better talked out than indulged in... 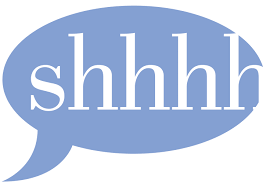 In the end, I was pleasantly surprised by how much I enjoyed this read.  Who ever imagined the lives of the mostly privileged were fraught with such dark secrets?!  I mean, we only really know someone to the extent they allow us to see, but there are some pretty chilling twists for all the characters, regardless of age or supposed maturity, in this nod to senior year and empty nesting.

Highly recommended for older teens through adults that may be going through similar moments in their lives as you read this, as well as those on the outside looking in because the personal connections forged with the characters are not exclusive to the experienced.

Kaira Rouda is a USA TODAY bestselling, multiple award-winning author of contemporary fiction that sparkles with humor and heart including HERE, HOME, HOPE and IN THE MIRROR. Her latest novel, THE GOODBYE YEAR, will be released in May of 2016. Her modern romance novels are set on beaches, including the Laguna Beach series, the Indigo Island series and coming soon, the Malibu series.

She lives in Southern California with her family and is at work on her next novel. After living in Columbus, Ohio, for most of her life, she now enjoys the beach whenever possible.

Special thanks to Lisa at TLC Book Tours for the chance to bring this promotion to you as well as the copy for review.  (THANKS!)  For more information on this title, the author, THIS TOUR, or those on the horizon, feel free to click through the links provided above. This title is available now via Sparkpress, so be on the lookout for it on a bookstore shelf or virtual retailer of your choosing.

Wow, there are a LOT of characters and a lot going on in this book ... and I am HIGHLY intrigued! I can see myself getting completely caught up in all their drama.