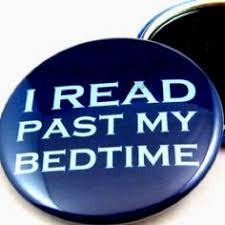 Today, we're helping kick off a TLC Book Tours promotion starring the second book in the Natchez Burning trilogy, part of the Penn Cage series from author Greg Iles.  Last month, we started our walk down this lengthy literary path with a review of Natchez Burning, and if I was impressed with that particular tome, the reading high definitely extends to my adventure through these 800+ pages.  Please note that the time of publication on this post is accurate, meaning I quite literally just finished reading the work and downloaded my thoughts promptly to virtual paper to share with all of you. (Yes, I led a rather productive day off between the house and the library... ^-^)  I most definitely recommend reading book one prior to embarking on this journey or the events that unfold will not have nearly as big an impact.  Without further ado, today's blog tour guest and book of choice is... 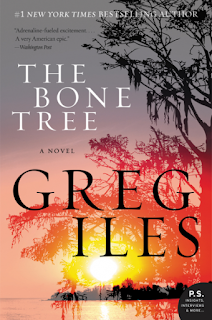 About the book...
Former prosecutor Penn Cage and his fiancée, reporter and publisher Caitlin Masters, have barely escaped with their lives after being attacked by wealthy businessman Brody Royal and his Double Eagles, a KKK sect with ties to some of Mississippi’s most powerful men. But the real danger has only begun as FBI Special Agent John Kaiser warns Penn that Brody wasn’t the true leader of the Double Eagles. The puppeteer who actually controls the terrorist group is a man far more fearsome: the chief of the state police’s Criminal Investigations Bureau, Forrest Knox.
The only way Penn can save his father, Dr. Tom Cage—who is fleeing a murder charge as well as corrupt cops bent on killing him—is either to make a devil’s bargain with Knox or destroy him. While Penn desperately pursues both options, Caitlin uncovers the real story behind a series of unsolved civil rights murders that may hold the key to the Double Eagles’ downfall. The trail leads her deep into the past, into the black backwaters of the Mississippi River, to a secret killing ground used by slave owners and the Klan for over two hundred years . . . a place of terrifying evil known only as “the bone tree.”
The Bone Tree is an explosive, action-packed thriller full of twisting intrigue and deadly secrets, a tale that explores the conflicts and casualties that result when the darkest truths of American history come to light. It puts us inside the skin of a noble man who has always fought for justice—now finally pushed beyond his limits.
Just how far will Penn Cage, the hero we thought we knew, go to protect those he loves?

Whereas the first book had more of the heinous crimes detailed, this one was more about the "meat" of the investigations.  Did that make it less gruesome?  Not really, I mean we ARE dealing with hate crimes, drug makers/dealers, police/political corruption, assassinations, and...need I continue? It did however mean that it wasn't quite as graphic as its predecessor...a good thing to note for the squeamish among you.  Another common inquiry when dealing with sets of three; did it fall victim to the typical "middle child" syndrome so often seen in trilogies?  No, definitely not.  While it is true, for my own tastes, we got a bit too much into the details of the old political crimes, though here they are still quite relevant, it did not damper the progress we made in the present.  Now, on to that story...

My heart was in my mouth for most of the book.  It's hard to believe how little time passed in this story (especially when you consider the LENGTH!) and yet SO MUCH HAPPENED!  We start off just before the final events of book one in order to catch up with FBI Special Agent John Kaiser.  He's still heck bent on collaring the baddies for crimes of old and losing focus on Penn's father, but no worries...he's about to get thrown back into the limelight.  Then, we high tail it through the aftermath of the inferno that was formerly known as Brody Royal's home base, with the fallout coming faster than you can utter the filth of a name that is Forrest Knox.  He's evil to the core, just like dear old dad...he just had a better handle on how to hide it from prying eyes.  The thing is, a "man" like that can't escape the hand of fate forever, and sometimes that hand comes from the most unexpected of places.  *dun dun dunnnn*  Finally, we throw back a little firepower of our own courtesy of Penn Cage and friends.  One of those friends is his fiance, Caitlin Masters...who despite escaping the firey depths of Royal's rage, will end up walking through He** itself this story round.  I'd like to say that her endeavors were entirely on the up and up.  I'd like to say she was cautious as instructed.  I'd like to, but I'm not one to lie.  Godspeed Caitlin.  Though friends are harder to come by in their current state of affairs, they do still exist outside the family and those that are standing by definitely take that Bruno Mars song to heart...you know the one...Grenade?  Yeah...grenade, bullet, samurai sword, or whatever, these guys are hardcore to the bone...and speaking of bone...

That mythical Bone Tree that is heard of in whispers, feared by most men/women of black descent, and seems to exist somewhere between this world and the next...FOUND IT...or rather Caitlin found it.  I won't go into any more details about that like whether it was in person or on paper, whether anything rumored to have been housed there was actually found or even looked for, but I will say that if such a place actually exists...I don't care what your heritage is, I'd steer clear!  *-*  Seriously folks, bad juju in the worst form, housing the evil of man against man and pretty much everything else that seeped from the darkest places of their soulless bodies.  Not a place you want to be...

In the end, you win some, you lose some...and both sides take some pretty HORRIBLE hits here (though I feel something for Cage's crew, NOT the Knox side of things).  The thing is though, there are still some MAJOR players on the board here and it's getting more and more littered with landmines as the days pass.  With the loose cannons roaming about, I'm surprised things ended as well as they did...but there IS still another book to come and with it, I'm sure the last hurrah on an EPIC level.  Recommended read for Historical Fiction fans as well as those that prefer to live in the Crime Fiction subcategory...like I said, it balances the old with the new, allowing both to carry weight that the grand finale hinges on...something I can't wait to read. 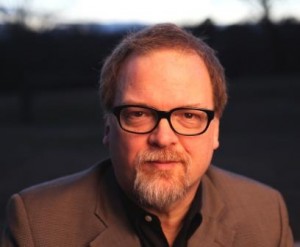 Special thanks to Trish at TLC Book Tours for the chance to bring this promotion to you and to the William Morrow team for the copy for review.  (THANKS!)  For more information on this title, the series, THIS TOUR, the author, the publisher, or those yours on the horizon, feel free to click through the links provided above.  This title celebrated its paperback release TODAY (happy book birthday!) via William Morrow Paperbacks, an imprint of HarperCollins, so be on the lookout for it on a bookstore shelf or virtual retailer of your choosing.  Be sure to tune in early 2017 as we gear up for the FINAL release in the trilogy...can't WAIT to see how it all ends!

I just started this one, and your comments about Caitlin have me intrigued! What a ride this story has been!