RRR presents... GETTING AWAY WITH MURDER by Joy Wood - SPOTLIGHT + EXCERPT!

Today, we're playing host to a stop along the Rachel's Random Resources tour for a story that takes no prisoners and makes no apologies. It's a book that, from the sound of things, will draw you in and never let go...in a purely creeping way considering there's a potential murder at hand! Ladies and gents, get ready to dive between the pages of today's title in the spotlight... 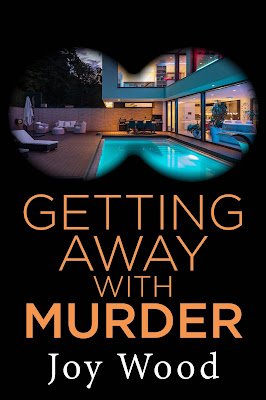 Joy Wood has worked as a nurse most of her adult life and turned to writing six years ago to ‘see if she could.’ Her earlier work was adult romance and intrigue, but more recently she has switched genres to romance with a crime element. Joy lives in the small but charming seaside town of Cleethorpes in North East Lincolnshire and her writing ideas come from watching the tide turn daily, of course with the obligatory ice-cream – someone has to support the local economy!
SITE | FACEBOOK | TWITTER
~~~~~~~~~~~~~~~~~~~~~~~~~~~~~~~~~~~~