Today, we’re playing host to a stop along the latest Rachel’s Random Resources tour staring a book that reminds us to not judge a book by its cover, nor a person by your first impression. Intrigued? GREAT! Here comes today’s title in the spotlight AND a special Guest Post from the author all about Social Media Bullying… 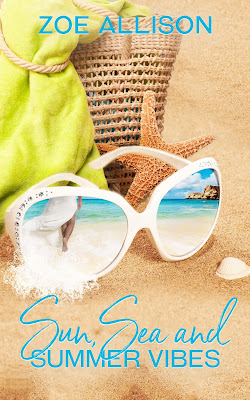 Sun, Sea and Summer Vibes
by
Zoe Allison
About the book...
Sometimes first impressions are far from the truth...
Nina Darwish is a scientist who likes to proceed with caution and careful deliberation. When she arrives at the party destination of Ibiza to play PA for her best friend and international pop sensation Isla Starr, she has trouble adapting to the carefree and easy-going vibe on the island. The situation isn’t aided by Isla’s seemingly surly yet irritatingly attractive music producer, the world-renowned dance DJ Logan Wild, known by his real name—Cameron—to his friends. Plus, Nina’s run-ins with, and repeated rebuttal of, an extremely entitled and very annoying male singer named Zac don’t help to aid her mood.
Unbeknownst to Nina, Cameron remembers her from the past, when he was a geeky student who admired her from afar. Unfortunately, it’s clear that Nina considers him ill-natured, no doubt due to his natural awkwardness, which he masks using a stage persona. However, even if that weren’t the situation, he’s involved in a dead-end relationship with his celebrity girlfriend Ash. Plus, Nina’s eye appears to have been drawn onto Ash’s no good ex-boyfriend, Zac, therefore there’s no point in believing anything could ever happen between them.
But despite all of that being the case, for some reason, he just cannot stop thinking about her.
FIRST FOR ROMANCE
AMAZON UK | US
~~~~~~~~~~~~~~~~~~~~~~~~~
~~~ GUEST POST from Author Zoe Allison ~~~
~~~ Social Media Bullying ~~~

In Sun, Sea, and Summer Vibes Nina’s best friend Isla is a singer who suffers trolling on social media. Make no mistake, trolling is a form of bullying and it surprises me not only that people would be so cruel as to inflict that kind of behaviour upon a fellow human being, but that some people seem to think others are immune to it. As if it doesn’t count when somebody is famous. I think that latter point is something we are all guilty of to some degree.

I have witnessed unpleasant comments on social media towards celebrities from people who would never speak in such a manner not only to people in real life, but to other ‘ordinary’ people on social media. But guess what? We’re all ordinary. All the same human beings no matter how many people know, or don’t know, who we are.

I’ve found in life that people are much more likely to speak up if they feel negatively about something than if they feel positively. Why is that? Surely the end point is that you only end up spreading bad vibes rather than good. I for one believe that, overall in life, you at least want to be fifty-fifty in the kind of energy you put out into the universe. Better still, get your positive to outweigh your negative.

Perhaps a good way to go about things is when you’re tempted to be negative on social media, ask yourself why. Is it going to achieve anything? For example, if there has been a bad experience from a service which is significant and speaking out would help others? Or are you only doing it for the sake of it? If you must pass a negative opinion then remain polite and remember you are still dealing with a human. If you’re criticising a service, often the person you’re speaking directly to isn’t responsible for the issue, merely a representative of said service so make sure you speak to them in the manner in which you would wish to be spoken to yourself.

When it comes to art and artists or creators, often people will want to express their dislike of something. But is that useful? Does it make you feel good? I personally only choose to comment if I have something positive to say because if I dislike something then it just means it’s not for me, not that it’s bad. And there’s certainly no need to personally insult a creator just because their work was not to your taste. Remember that such comments say a lot more about the commentor, than the person they’re directed at.

When navigating social media remember that everyone on there is a real person (except for the bots! LOL) and really think about what you’re commenting. Would you say the same nasty things if they were right in front of you with a hurt look in their eyes? Perhaps with their spouse or children standing with them, wondering why you’re being so horrible to their loved one? If you would still say the same things in that situation, then I think some real soul searching needs to be done on your part and I hope that one day, you can find happiness. 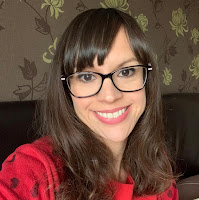 Growing up, Zoe Allison loved stories about falling in love. But rather than being rescued by a knight in shining armour, she imagined herself fighting dragons alongside him, battling supervillains as heroic allies, or teaming up to dive into perilous waters in order to save a loved one from drowning. Once Zoe did grow up, she became a doctor. But as time went on, she craved a creative outlet to counter the soul sapping burnout that her career inflicted upon her, and also to achieve those happy endings that were so often lacking in the real world. She wanted heroes who truly love and value women, who find their true love inspiring, are fascinated by her, want to connect with her as a soulmate and fully open themselves to her on an emotional level. And so, Zoe began to write her romances.
A Zoe Allison novel promises a heroine who is not only her hero’s equal in ability and intellect, but whose hero equals her in emotional intelligence. Her characters overcome conflict infused with spine tingling sexual tension to forge a deep connection as soul mates as well as lovers, and ultimately, they both rescue each other emotionally. Even if they might begin their journey as enemies…
TWITTER | FACEBOOK | INSTAGRAM | TIKTOK
~~~~~~~~~~~~~~~~~~~~~~~~~

Special thanks to Rachel at Rachel's Random Resources for the chance to bring this tour to you and to author Nikola Scott for the great guest post. (THANKS!) For more information on this title, the author, this promotion, or those on the horizon, feel free to click through the links provided above. This title is available now, so click on over to your favorite online retailer to snag your copy today and be sure to check out the rest of the tour for more bookish fun! 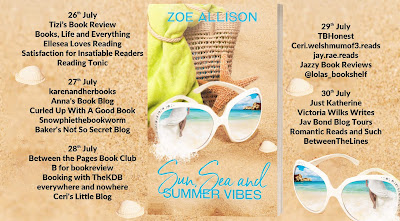