Today, we’re teaming up with Rachel’s Random Resources for a stop along their current tour starring a work of Women’s Fiction that will steal your heart as it whisks you to the past, while changing your understanding of choices made and truths believed, creating a whole other here and now for characters you’ll hold in your heart long after the final page. Sound like your cup of tea? Mine too! So, ready, set, and let’s get this show on the road as we introduce today’s blog tour guest and ebook of choice... 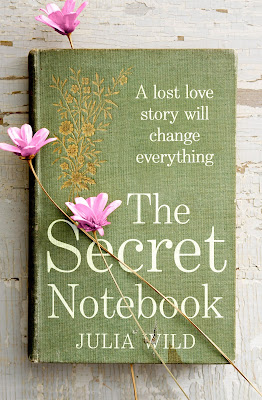 The Secret Notebook
by
Julia Wild
About the book...
When Izzie Dean’s beloved nan, Molly Blackshaw, passes away, Izzie returns to the Blackpool bungalow where she grew up, to say goodbye once and for all. When Izzie’s homecoming reunites her with her first love, Justin Swift, every emotion that Izzie has repressed since the day he broke her heart comes rushing to the surface. But then an unexpected discovery changes everything.
Between the pages of the battered secret diary Molly kept during WWII, Izzie discovers a story of love, heartbreak, and the incomparable hardship of life in a world at war. Reading her grandmother’s words soon puts her own story into perspective, and suddenly Izzie realises that the only thing holding her back from happiness, might be herself. Now she just has to convince Justin that they deserve a second chance at forever…
AMAZON
~~~~~~~~~~~~~~~~~~~~~~~~~~~~~~~~~~~~~~
It’s a story within a story that gives us a peek at Izzie’s familial past as well as a glimpse at her own personal history in a whole new light. I rather liked Izzie’s character despite her tendency to not come out with it already. Outspoken girls were not of the past, but the current times, no one holds our tongues except by our own choices and so much could have been cleared up if only the conversation was started! Alas, that wouldn’t have provided for nearly enough story, and dare I say that it may not have cleared EVERYTHING up anyway as a lot of trust would be needed without proof and with everything that was already broken, it may have been hard to come by. But I digress...as I said, Izzie was a doll and I wished her nothing but happy times no matter how slowly they returned to her, but I also have to say that my heart was truly captured by Molly’s story from the past!
When Izzie finds the secret notebook, and starts delving into the life and times of her grandmother that she never knew, it was pure magic. There was heartbreak and hope, love and loss, scandal and redemption, and though simplier times they may have been, it didn’t make the choices they were up against any less daunting. I loved reliving her youth and the innocence she lost at the hands of one, while it was rebuilt and then some with another. There were moments to loathe, but equally as many to love and following along in her footsteps not only provided us with a story to captivate our hearts, but gave Izzue the strength to give hers another try.
A great read for Women’s Fiction and Historical Fiction fans, and a grand addition to anyone’s reading list this summer.
~~~~~~~~~~~~~~~~~~~~~~~~~~~~~~~~~~~~~~
About author Julia Wild...

Lancashire born, I moved to Bedfordshire in the late seventies, married and started a family. I’m a past Hon Sec of the Romantic Novelists’ Association, have been a member since 1993 when I joined their New Writers’ Scheme as a probationer. That came about after winning a week’s historical writing course on the strength of the first chapter of my third Poldark-era romance. The tutor on the last day loved the story and handed me details of the Romantic Novelists’ Association – she said I absolutely must join as they would be able to help me towards publication.
Some four years later my first published book, Dark Canvas, won the RNA’s New Writer’s Award in 1997, the sixth, Illusions, won the RNA’s Romance Prize in 2003.
After working in the local library service for 18 years, during library cut-backs I took the leap to become self-employed as a writer and worked on releasing my backlist as eBooks for Kindle.
Most recently, I’ve had the pleasure of working with amazing Charlotte Ledger when she pulled me from the writing wilderness and have now signed a three-book deal with One More Chapter.
SITE | TWITTER | FACEBOOK | INSTAGRAM
~~~~~~~~~~~~~~~~~~~~~~~~~~~~~~~~~~~~~ 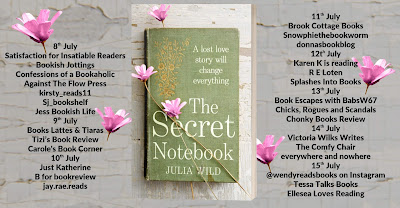 Thank you SO much, Gina, how kind to put up such a lovely review. I will treasure your words. Yourself and all the bloggers do such an incredible job. Thank you again! Have a marvellous day x