The Clock of Life by Nancy Klann-Moren

Hi there!
Welcome back to the site that likes to celebrate the bookish side of life in some fashion every day of the week…Satisfaction for Insatiable Readers.

Today, we’re diving into a title that I finished during the very last days of November.  It’s a time usually associated with giving thanks and counting our blessings; a time for remembering all we’ve been through and looking ahead to all that we can positively affect in our own and each others futures.  Today’s spotlight title works wonderfully with all of these ideals and then some.  It takes a look at our past somewhat fictitiously but with enough grains of truth to make it feel real…scary real at times and shocking, but real nonetheless and that emotional investment in the story makes it THAT much greater in my eyes.  Ready to greet today’s selected title?  Open your heart and mind and get ready to be faced with a history we’d like to forget but would do best to remember and learn from; today’s book of choice is… 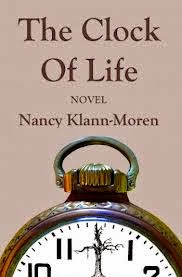 This is the story of young Jason Lee as he discovers himself, his family’s history and that of those surrounding him.  He’ll make friends that others think he ought not to have, save the lives of those that wouldn’t have that helping hand coming otherwise, and even lose someone whom he proudly calls brother…all in the span of about a decade.  It’s a lot for anyone to take in, let alone a young boy growing into the man he’s destined to be.  Funny thing about destiny though; you never really can see quite where it’s leading you and the connections it holds to our pasts are there whether acknowledged or not, for better or worse.

I gotta say, I REALLY enjoyed this story.  It was well written, the characters were believable as were the situations into which they were placed.    It was wonderful to see young Jason Lee learning about his father, J.L. , and creating that connection to the man versus the “legend”.  He was finally able to broach the subject of how he passed with his mother, breaking down some of the walls that she had built for her heart’s protection over time.  Let us not forget the capacity with which he had to understand others, feel for his fellow man, and care for his friends and family through thick and thin.  He is touched by much heartache but he is also blessed in turn and discovers a life path for himself that will lead to greater rewards both now and in the ever after.  Quite a lad indeed.  Now to examine in brief his friends and “acquaintances”…

Samson, his best friend and partner in crime half the time (in those “good” [sorta] boyhood ways), was a stand up fellow with a good head on his shoulders despite the fact that life in these particular times was not giving him his fair shake…well, at least not EVERYONE was.  Same goes for Uncle Mooks for that matter, only in a different way…his obstacle was created by conflicts that weren’t talked out as they are meant to be.  Anywho…one person included in this group of wasn’t was Reba…though I have to hand it to her, she surprisingly comes around.  Another in the “wasn’t” ‘s but at a much LARGER distance, as in a group by himself because no man, woman, or child would want to be counted among his number, is Grover Peek.  Feel bad for him?  Don’t…at least not too much.  He’s made his bed and now he has to sleep in it.  Whether a product of upbringing or not, I do believe people can change and that they DO have a choice…his were simply bad and so his final lot in life doesn’t seem as ugly as it might for your average Joe or Jane.  Lucky for him in his time of need, there was someone around like Jason Lee.  That’s all I’m sayin’.

In the end, it’s a book that will move you in more ways than one with a story that could have been ripped from our own histories and characters memorable long past the final page turn. It’s that touch of actual history that brings it to life in the here and now…plus it gives readers a starting point for further investigation into our darker past as a nation and an insight into how we can avoid similar issues in the future.  Oh and of course, it also provides a great story of friendship, ignorance, acceptance and more…so whether historically drawn or not, you’re in for a great read.

Recommended for teen readers and beyond due to a few harsh situations and issues dealt with; it’s all things that can be found in history one way or another but we’ll let the wee ones wait a few years to catch up to the concepts.  Signed review copy received courtesy of author Nancy Klann-Moren.  (THANKS!)  For more information on this title as well as her other works, be sure to stop by her official site, or friend her on Facebook.  This title was released via Anthony Ann Books, so be on the lookout for it on a bookstore shelf near you.

Thank you Gina for this compelling, thoughtful review. Much appreciated.
Happy New Year